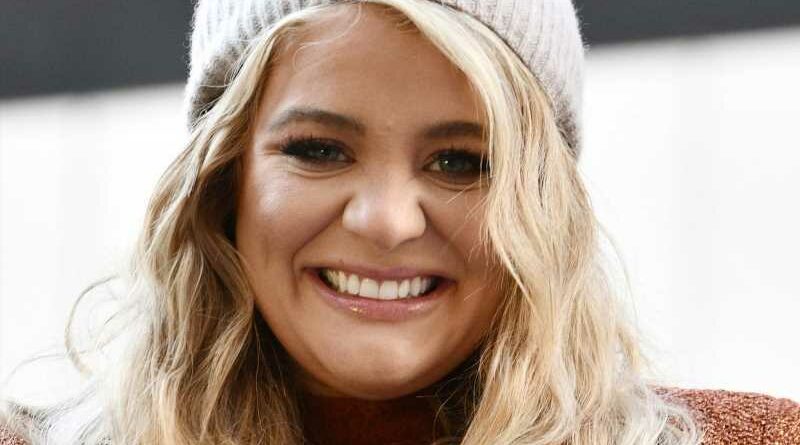 Everyone has their own way of getting over a broken heart, and for singer Lauren Alaina, it involves dancing. The country star, who rose to fame on “American Idol” in 2011 and nabbed “Best New Female Vocalist” at the 2018 Academy of Country Music Awards, split with her boyfriend, Christian comedian John Crist, in 2019. According to Taste of Country, she coped by auditioning for the reality competition show “Dancing With the Stars.”

“I went through a breakup two weeks before I came on this show,” she explained to the outlet, though she didn’t call out Crist by name. “Kind of a crazy time, but being on “Dancing With the Stars” has been the perfect recipe for healing my broken heart.” She continued, “This show has been like my new boyfriend. I’m dating ‘Dancing With the Stars,’ and it’s going great.”

But for Alaina, there was more to overcome beyond just a failed relationship. In November 2019, Charisma News shared a bombshell report in which five different women accused her ex-boyfriend Crist of a pattern of misbehavior in which he “exploited his Christian reputation and platform to harass, manipulate, and exploit young women.” Keep reading for the full scoop on the scandal.

John Crist was at the center of a sexual misconduct scandal

In late 2019, well-known Christian YouTuber and Lauren Alaina’s then-boyfriend John Crist was hit with multiple sexual misconduct allegations, via Charisma News. In a report published by the outlet, five anonymous women came forward with accusations of how they’d been mistreated by Crist. These accounts “included, but are not limited to, individually sexting multiple women during the same time period, initiating sexual relationships with married women and women in committed relationships, offering show tickets in exchange for sexual favors, and repeatedly calling these women late at night while drunk,” Charisma News reported.

The outlet reported that Crist had allegedly been “receiving counseling and treatment for this behavior as early as 2014,” suggesting a longer-term pattern of abuse. In response to the report, he issued a public statement and apology to the women he had wronged. “Various women have accused me of behavior that has been hurtful to them,” he said to Charisma News. “While I am not guilty of everything I’ve been accused of, I confess to being guilty of this — I have treated relationships with women far too casually, in some cases even recklessly. My behavior has been destructive and sinful.”

Fans may infer from the statement Crist treated his relationship with Alaina “far too casually,” though he didn’t mention her by name. The singer didn’t comment on the allegations against her ex or on his statement — until a tweet on April 25, 2021.

Lauren Alaina has a message about John Crist

In April 2021, Lauren Alaina appeared to break her silence on the scandal. On Twitter, she teased that she would be sharing more about her difficult experience by reposting a personal DM from one of the women who had been hurt by her ex, and fans assumed the tweet was about John Crist. Underneath the message, Alaina wrote, “To all the women who have sent me these messages, I see you. I’m sorry you went through it as well. I wish I had spoken up for you all before now. I will find a way.”

Just a few weeks later, she followed up with a tweet on May 3. This one featured four photos describing the painful end of her relationship with someone she described as having an addiction. “I have finally put this chapter behind me, and I hope we can all find the forgiveness and healing we need,” her tweet read. “Thank you to everyone who has supported me. It’s meant more than you will ever know. We are all in this together.” Crist is never mentioned by name in the post, but Alaina wrote that “being in a relationship with an addict is scary, deceitful and hard to manage.”

The star concluded her writing on an uplifting note by announcing a donation to Mental Health America, in honor of mental health awareness month. Despite the relationship trauma, it’s refreshing to see Alaina moving forward on a path to healing.