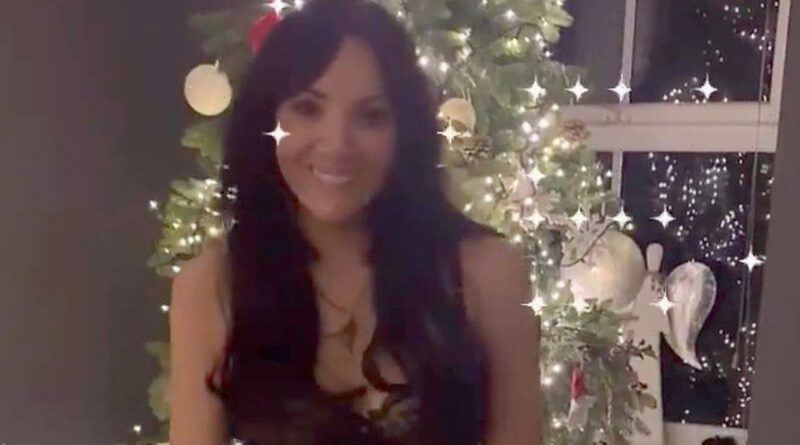 Martine McCutcheon may have found fame in EastEnders but her recent social media selfies are causing a stir.

The actress who appeared on The Masked Singer frequently delights her thousands of fans with a look inside her life away from the cameras.

As people across the world geared up to ring in the new year, the actress and singer was no different as she kept fans up to date on her wardrobe choices for the evening.

Taking to her Instagram Stories in view of her 475,000 followers, the beauty looked sensational as she showcased her slender frame in all its glory.

Posing in front of a full-length mirror, she said: "Happy New Year everybody, as you may remember I said I wanted to get a black basque, I couldn't get a black basque but this was the closest thing to it, I love it."

She went on to reveal that she was also going to wear a black blazer belonging to her husband, Jack McManus, before slipping into a pair of denim jeans that accentuated her gym-honed figure.

Later in the evening, the mum-of-one ditched her blazer and posed in just her figure-basque and jeans as she offered a series of poses in front of a Christmas tree.

Her glossy raven locks were styled into loose natural waves, cascading freely over her shoulders before resting on her chest while she went all out in the makeup department.

Martine's modelesque cheekbones were accentuated with a touch of rosy blusher while her plump pout was adorned with pink lip gloss.

The star recently revealed that she had "booted" her husband out of bed so she could watch a series in peace after struggling to connect with what he was watching.

Taking to her Stories, she said: "Jack's been booted out. He's actually watching a series I couldn't get into and I fancy something light-hearted… Or maybe I will eat more chocolate until I fall asleep.

"I think I might watch a bit of Emily in Paris.

Meanwhile, she recently claimed that people in her hometown of East London are often shocked by how she speaks.

She explained: "I probably am a typical East End mum. I’m full of praise, full of love and affection, but I’m also like, 'Enough is enough'.

"When I go back to Bethnal Green they think I speak beautifully. They go, 'Don't you speak nice now?'"