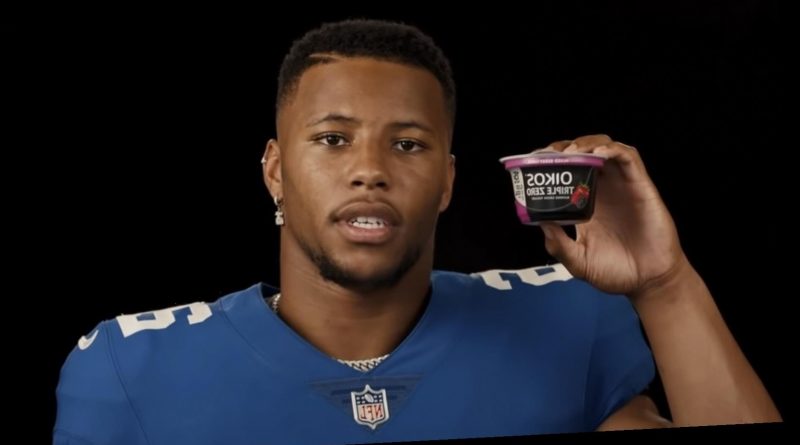 While many heavy hitters have opted out of advertising in the 2021 Super Bowl entirely — soft drink titan Coca-Cola, Hyundai, Olay, Avocados from Mexico, Little Caesars, and Ford, just to name a few (per New York Post) — Oikos Greek Yogurt, owned by Danone North America, has resolved to take a different approach. As reported by Ad Age, the “official yogurt of the National Football League” will once again be running a livestream ad just as they did in 2020.

The story goes that, in 2020, the company ran a livestream ad aptly titled “YoGlutes,” in which they spliced various clips of famous football players showing off their tight derrières all to the tune of the catchy Major Lazer song, “Bubble Butt” — and it turns out to have been a genius move for the yogurt brand. According to the company’s Vice President of Marketing, Surbhi Martin, that one Super Bowl campaign singlehandedly “drove a 7-point sales lift.” She explained, “We were pretty astounded by the results. Especially since it was a digital-only buy.”

But what is their game plan (pun most certainly intended) for this year’s livestream? And will they include any special artists or music? Keep reading after the jump to find out!

Naturally, the brand opted to pair the ad with the 2021 single “Ugly Face” by budding rapper Mizta CEO.  According to Apple Music, the rapper has released two albums: Nuff Said in 2013 and No Filter in 2020. While we can’t say for certain, we imagine this Super Bowl debut for Mizta just may be the big break he has been waiting for all along! Congratulations to Mizta CEO!