Home » Music » The Real Meaning Behind H.E.R.’s ‘Better Than I Imagine’ 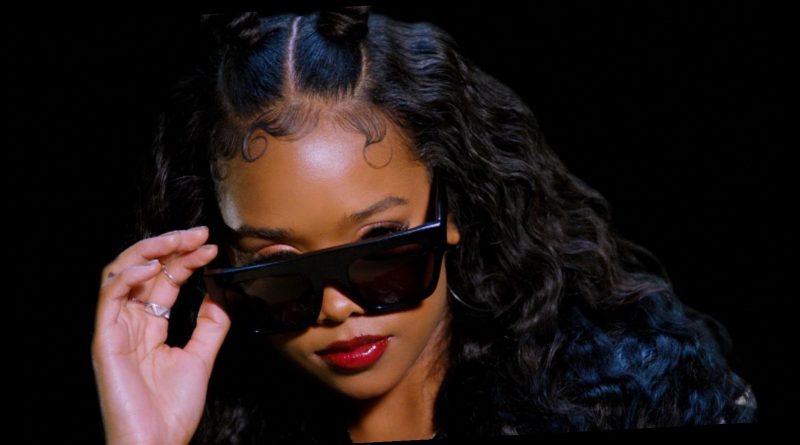 H.E.R. is making some of the best modern R&B music without too much fanfare. In 2018, the artist (born Gabriella Wilson) won two Grammys and, then in 2019, she performed the song, “Hard Place” during the Grammys ceremony. Other than those two high-profile appearances, H.E.R. often stays under the radar — and prefers to hide her face.

The artist does this intentionally, too. In 2018, H.E.R. told Elle that she wants people to pay attention to her music more than the other superficial matters of fame. “It’s really made people focus on the music, and that’s what’s special about it,” she told the publication.

One of H.E.R.’s songs has a special meaning behind it. In 2020, she was featured with Meshell Ndegeocello on the track “Better Than I Imagine” by pianist Robert Glasper. Read on for the deeper meaning behind this song.

H.E.R.'s 'Better Than I Imagine' is about an enduring relationship

So many songs out there are about heartbreak, but that wasn’t the intention at all behind pianist Robert Glasper’s single “Better Than I Imagine” featuring H.E.R. and Meshell Ndegeocello. In a press release (via The Fader), Glasper said, “‘Better Than I Imagined’ is an ardent dedication to the value and virtue of Black love. No one wants a life without love, but we have generations of people in our community who haven’t had the tools to actually be in healthy relationships.”

According to Genius, the “Better Than I Imagine” lyrics start off with H.E.R. crooning about a relationship that just might be worth all the obstacles it faces. “I thought it’d be worse ’cause it hurts me / But still, I can’t see myself with no one else / ‘Cause it was better than I imagined,” she sings.

In the second half of the song, Ndegeocello’s vocals conclude the song with a story about a lost phone before a big flight, but then, she sings, “I realize you’re the only number I know by heart.” It’s a major bright side in the commotion. The Fader described the verses as “a heartfelt voicemail for a long-lost love.”

The song is clearly about how love can exceed expectations — even when there are some challenges to overcome.