Home » Music » The Real Meaning Behind The Box By Roddy Ricch 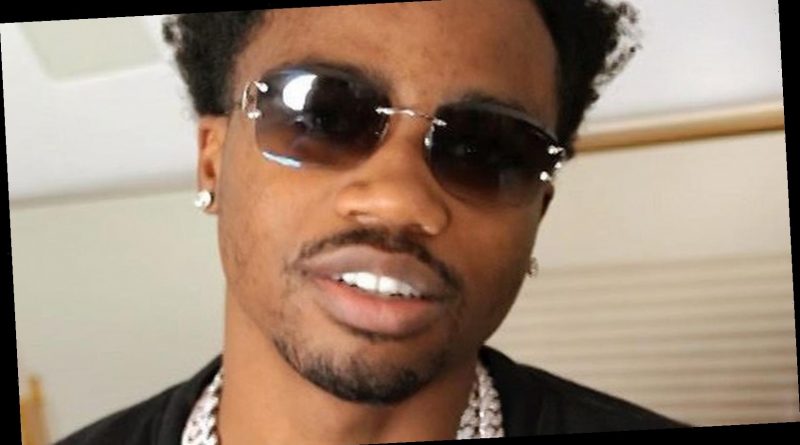 Rapper Roddy Ricch took the hip hop scene by storm with his 2019 hit “The Box.” The single was featured on his full studio album Please Excuse Me for Being AntiSocial, which peaked at No. 1 on the Billboard 200 chart in December 2019. He started to generate a buzz for himself with his platinum 2018 single “Die Young” and his Grammy Award-winning feature on Nipsey Hussle’s “Racks in the Middle.” But, it was “The Box” that had other hitmakers taking drastic measures to knock the song from its reign on the charts.

Ricch seemingly trolled Justin Bieber on Twitter after the singer begged his fans to stream his single “Yummy” in an effort to beat out Ricch for Billboard’s No. 1 spot, via WPGC. “Stream yummy by justin bieber —-.” Ricch tweeted. His sarcastic nod to Bieber came after the singer was called “desperate” for campaigning his fans to stream his single nonstop. “You don’t actually have to listen to my song, just put the volume really low if it bothers you,” he reportedly said as well as threatening not to go back on tour until the song went No. 1 on the radio, via Metro.

But Bieber took Ricch’s dig in stride and showed him love back.”@RoddyRicch You had to go and make a banger smh! Haha ur the man!! Love the song!! congrats on your first #1!! Everyone go stream #thebox,” he tweeted. Let’s take a look into the meaning of the song that bested Bieber for the top spot and would go on to spend 11 weeks as the No. 1 track in the nation (via Billboard).

How 'The Box' came together

Roddy Ricch’s “The Box” became a viral sensation following its release in December 2019. It was the track’s catchy beat that helped it become a TikTok meme used in millions of videos, via TIME. The song’s signature squeaky sound on the beat was compared to a windshield wiper, opening a door, or even picking your nose. But, it actually ended up on the song last minute after Ricch had already finished the track recording.

The term “the box” can be used as a slang term for a number of things including jail, a gun, or a type of weapon, via Story of Song. “I actually was in New York with [my team] in the studio recording and really just finishing up the album,” he told Billboard. “I think [“The Box”] was like the second song I had made that night. It was like six in the morning — it was real late — and I had just been going crazy. I finally made that song, and n****s thought I was crazy when I had made the little door sound. But it all came together.” He’s right about that. “The Box” ran the No. 1 spot on Billboard for 11 weeks (via Billboard).

“I mean, honestly, ‘The Box’ was like the last song I had made [that night]. I ain’t even put too much thought into it,” Ricch added. What an effortless way to go viral and No. 1 at the same time.