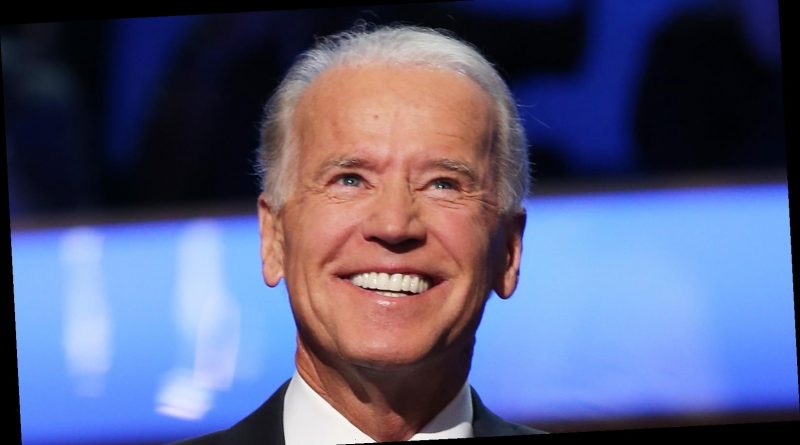 When it comes to President-elect Joe Biden’s inauguration on Jan. 20, 2021, the show must go on. The rock show, that is. Despite the ongoing pandemic, the Washington, D.C., riots and President Donald Trump’s breaking of tradition by refusing to attend, an electrifying lineup of acts will be appearing throughout the day. Virtually and otherwise, stars like Bruce Springsteen and Jon Bon Jovi will be performing (tune in to the evening’s “Celebrating America” TV special to see them). Lady Gaga will be singing the national anthem, Jennifer Lopez will be doing a number, and country legend Garth Brooks will be rocking out as well during the swearing-in.

Basically, it’s going to be the Coachella of inaugurations. (And yes, around 25,000 members of the National Guard have been green-lit to attend for security purposes). Regardless, the mood will be bright as a new chapter for America begins.

But that’s not the act much of the web is discussing. During the televised “Parade Across America,” which will be making stops around D.C., more amazing acts are appearing. While Jon Stewart, skateboarding and cranberry juice-sipping TikTok icon Nathan Apodaca, or Doggface, and Earth, Wind and Fire (per CBS) have people stoked, one band has them buzzing. This 1990s group is doing a “one-day-only reunion performance,” per Rolling Stone. And it’s especially meaningful since it’s their “first gig together since 1999,” and for another reason as well.

Scroll down to see the “radical” group performing at Joe Biden’s inauguration parade.

The New Radicals have sentimental meaning for Joe Biden

So what band is reuniting just for Joe Biden’s inauguration? That would be the New Radicals, who, per Rolling Stone, will be playing their 1998 beloved pop hit “You Get What You Give” during the Jan. 20, 2021, parade. The tune includes lyrics about having “the dreamer’s disease” (jogging your memory?).

“We did it, Joe. We got New Radicals back together!” one Twitter user wrote, alongside a meme of Kamala Harris phoning Biden. “If Joe Biden really wanted to show he could create unity, he’d get Outkast back together,” joked another. But jokes aside, The New Radicals’ hit song has special meaning.

Biden explained in his 2017 book, Promise Me, Dad, per Billboard, that late son Beau Biden loved the song and helped him stay strong and inspired amidst cancer. “We would always go out for breakfast afterwards, sometimes just walk the city or go get his hair cut,” Biden wrote, per the outlet. “… During breakfast, he would often make me listen to what I thought was his theme song, ‘You Get What You Give’ by the New Radicals. Even though Beau never stopped fighting and his will to live was stronger than most — I think he knew that this day might come. The words to the song are: ‘This whole damn world could fall apart/ You’ll be OK, follow your heart.'”

Clearly, the inauguration parade will be a hard-rocking and sentimental event for Biden with the New Radicals aboard.

What happened when the New Radicals’ lead singer Gregg Alexander heard that their song helped Joe Biden’s late son, Beau Biden? The sentimentality is partly why, after 20-plus years apart, they’ve decided to reunite. “If there’s one thing on Earth that would possibly make us get the band together, if only for a day, it is the hope that our song could be even the tiniest beacon of light in such a dark time,” New Radicals frontman Alexander said in a statement, per Pitchfork.

But that’s not all. Lead singer Alexander told Billboard that when he discovered the song had been recited at Beau Biden’s funeral, he knew the opportune moment to re-emerge had come. “It was only after Joe’s book came out and a friend said ‘Ya gotta read this!’ did I come to learn of Joe and his son playing the record together on the last breakfast they’d had as father and son before Beau succumbed to cancer,” Alexander told the outlet.

He continued, “In the music business it’s easy to get hardened to life, but when I read that I kinda started crying in 30 seconds because it sounded like Beau tapped into the song’s true meaning and used it as a fight song to never give up or let go in the face of adversity, [which is] the song’s real message.” The New Radicals’ performing at Joe Biden’s inauguration parade has amazing meaning.