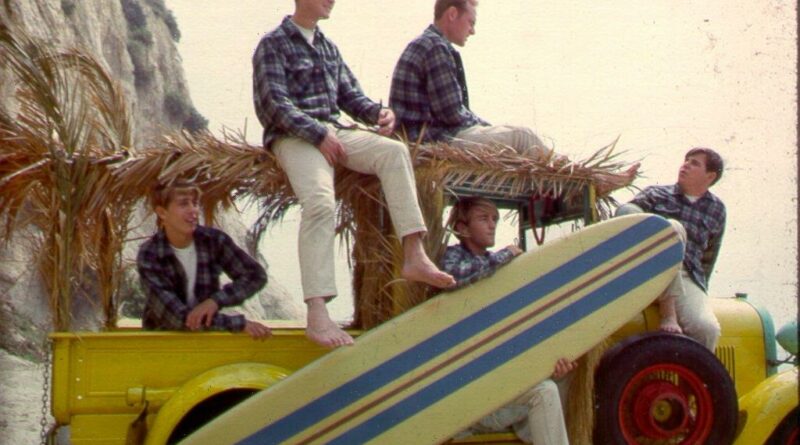 The Beach Boys made a lot of happy classic rock music during their early years. However, some of that music made band member Brian Wilson very upset. Here’s a look at an album which made Wilson cry — and how he responded when the album wasn’t a huge hit.

The Beach Boys got their start with fun, light songs like “Fun, Fun, Fun” and “I Get Around.” However, as time went on, the compositions of their songs became more complex. They started making art-pop rather than just pop. One of their albums, Pet Sounds, is often seen as their definitive art-pop statement.

During an interview with Rolling Stone, Wilson’s wife Marilyn discussed her husband’s work on Pet Sounds. “Boy, he worked his butt off when he was making Pet Sounds.,” she recalled. “And I’ll never forget the night that he finally got the final disc, when they finished it, dubbing it down and all that, and he brought the disc home. And he prepared a moment.

“We went in the bedroom, we had a stereo in the bedroom, and he goes, ‘Okay, are you ready?’ she said. “But he was really serious — this was his soul in there, you know? And we just lay there alone all night, you know, on the bed, and just listened and cried and did a whole thing. It was really, really heavy. But Pet Sounds was not a big hit.”

Why ‘Pet Sounds’ caused Brian Wilson to slow down

Marilyn discussed her husband’s reaction to Pet Sounds’ commercial performance. “That really hurt him badly, he couldn’t understand it,” she said. “It’s like, why put your heart and soul into something? I think that had a lot to do with slowing him down.”

How The Beach Boys’ ‘Pet Sounds’ performed with audiences and critics

Two of the singles from Pet Sounds reached the top 10 of the Billboard Hot 100: “Sloop John B” and “Wouldn’t It Be Nice.” The former reached No. 3 and the latter reached No. 8. Despite this, the Wilsons clearly weren’t satisfied with the album’s performance.

Of course, Pet Sounds still leaves behind a legacy. Today, it’s often seen as the band’s best work and one of the great rock albums. In 2020, Rolling Stone ranked it the second-best album of all time, behind only Marvin Gaye’s What’s Going On. Pet Sounds wasn’t a massive commercial hit, but it was one of the biggest critical hits of all time.