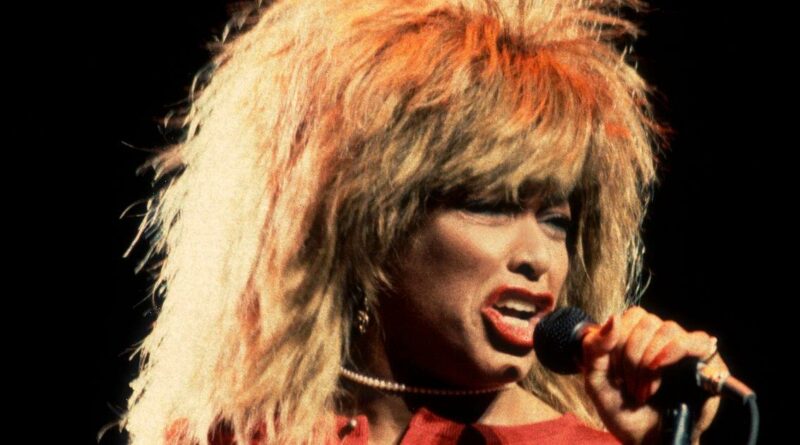 Tina Turner, now 81, is one of the most famous names in the music industry, but her life has been far from smooth sailing.

The singer and mother-of-four had a difficult upbringing as she suffered a violent marriage and battled numerous health ailments one of which left her unable to walk.

The Proud Mary singer is widely referred to as the Queen of Rock 'n' Roll and her name will go down on the list of music legends.

Having sold over 100 million records worldwide, received 12 Grammy Awards, and ranks among the 100 Greatest Artists of All Time by Rolling Stone, it's hard to picture Tina's tragic life behind the scenes.

Tina grew up in Brownsville Tennessee during the start of her life. But, she was quickly uprooted when her mother decided to leave the family in pursuit of freedom.

Zelma, Tina's mother, fled her marriage and family when Tina was only 11. The soon-to-be star was then separated from her two sisters and lived with her strict grandparents during the war.

Tina and her sister eventually moved to St Louis to live with their estranged mother.

Speaking about her relationship with her mother to Oprah Winfrey, Tina said: "“She never believed in me. She never wanted this child and when this child grew up to be successful and creative, she didn’t accept it because it was something she didn’t want."

It was in St Louis where Tina met Ike Turner.

Tina and Ike were not only famous for producing hit records together, but their marriage became a renown case of domestic abuse.

During their time together Tina was frequently hit, beaten and abused, one time with a wooden shoe stretcher which Ike beat her across the head with. He also poured hot coffee on her face leaving her with third degree burns.

More than just physical abuse, Ike maimed Tina and took ownership of her, grooming her into a star.

Documenting her name change from Anna Mae Bullock to Tina Turner, she said: "So he then changed the name to Ike and changed my name to Tina, because if I ran away, Tina was his name."

Ike was also promiscuous in their marriage, despite their large family of four children (Tina adopted Ike's two sons from his previous marriage, they had one child together and Tina had another child with previous partner, Raymond Hill). On the eve of their wedding, Tina was embarrassed to admit that Ike make her go to a sex show at a brothel, which she disclosed in her autobiography, I, Tina.

In an interview Tina said: "The experience was so disturbing that I suppressed it, scratched it out, and created a different scenario, a fantasy of romantic elopement."

Hitting rock bottom, Tina attempted suicide whilst she was married to Ike.

After the attempt failed, she took it as a sign that she should be alive and carried on fighting, eventually divorcing her abusive husband.

Ike, who has since passed away, remarked on his abuse of Tina in an interview for Spin magazine: "It's years ago that I had a temper. I don't regret nothing I've ever done, absolutely nothing."

He added: "Yeah, I hit her, but I didn't hit her more than the average guy beats his wife."

After Tina divorced Ike, she revealed she lived in fear for her life. She left him with only 36 cents and a Mobil gas card with her.

Tina admitted she lived off food stamps and small gigs, something well documented in the West End musical, Tina.

In Tina's memoir, My Love Story, she tells of Ike's volatile response to the divorce.

She noted that he would send "stooges" to intimidate her. At one point they even shot bullets into her house meaning she would occasionally sleep in the closet out of fear.

After Tina divorced Ike she went onto have a prosperous career, and is well-known as having one of the greatest comebacks in music history.

Sadly, Tina's tragic events in her life didn't end with Ike as the singer lost her eldest son, Craig, in 2018 to suicide.

The singing sensation admitted that she thought her son was happy at the time before his death, but was heartbroken by the incident.

Tina tweeted "he will always be my baby" shortly after he died, sharing her heartbreak with her fans.

In recent years, Tina has battled with her health. She suffered a stroke shortly after marrying German music executive, Erwin Bach.

The stroke led her to lose the ability to walk, which she then had to relearn.

She later discovered she had intestinal cancer which led to kidney failure. Her husband, Erwin, gave her a kidney but she still lives with life-long health aliments.