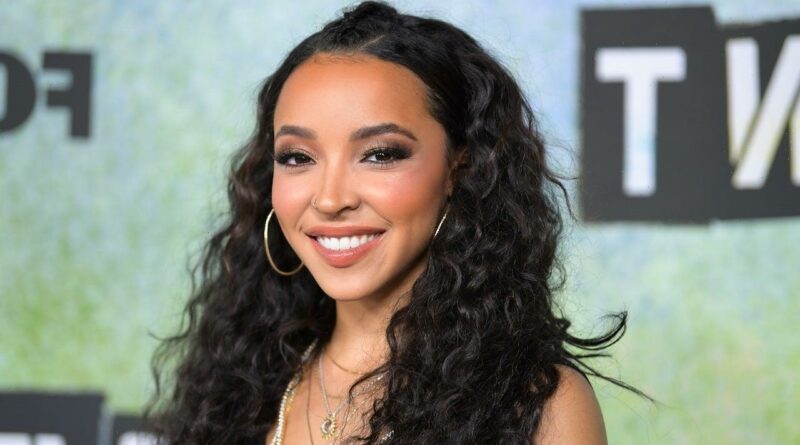 Tinashe is reminiscing over what it was like working with Britney Spears.

While speaking with ET on Thursday about all things music, the 28-year-old singer looked back at her life and career in 2016, when Britney asked her to jump on board a rebooted version of “Slumber Party,” a song off her Glory album. The two later teamed up for the track’s sultry music video, which featured Britney’s now-boyfriend, Sam Asghari, as the handsome male lead.

“Filming that video, it feels kind of like it was a dream,” Tinashe told ET. “I think even throughout the day I wasn’t fully processing what was happening, only because she was and is somebody who is so important and so impactful to me in terms of inspiration. So, I was just taking it all in.”

“We shot at this beautiful mansion in Los Angeles and it was just seamless,” she continued. “To be able to do all the different scenes with her, she’s such a professional, she’s such a superstar. Just being that close to her, being part of that energy and seeing her come to life in front of the camera was really amazing and inspiring.”

The video marked two iconic moments for Britney at the time — her first time ever collaborating with Tinashe, and the first time she laid eyes on Sam.

“That’s crazy, wow!” Tinashe said, of how long it’s been since they were all on set together. “I don’t think I talked to Sam. I don’t remember speaking to him on set. Maybe I said like, ‘Hey’ or ‘Hi.’ I don’t remember having a conversation with him or anything like that, but it was a really great day.”

“It was a like a dream come true,” she added. “Me and my whole glam squad, we were all geeked. Like, we were all freaking out!”

At the time of the music video’s announcement in October 2016, Tinashe couldn’t help herself from gushing over the opportunity to work with one of her role models. She wrote on Instagram, “The face you make when the rumors are true and you collabed with your idol & basically your whole life is a dream so you keep it cute for Brit but inside you are wigless and dead.”

Tinashe, who is one of many celebrities who have shared their support for Britney amid her ongoing conservatorship battle, told ET that the singer still inspires her today.

“She really is like the blueprint, the true blueprint, in terms of what it means to be a pop star,” she raved. “For me, she was the first album I ever bought. I think just from her performance, to her choreography, her songs themselves, [she inspires me].”

“I think, too, what I’ve realized through time is she’s a genuine, genuine person,” she continued. “And I think that that is part of her legacy that’s really beautiful, is how genuine she is. I just want to see her continue to win and thrive, and do whatever she wants to do.” 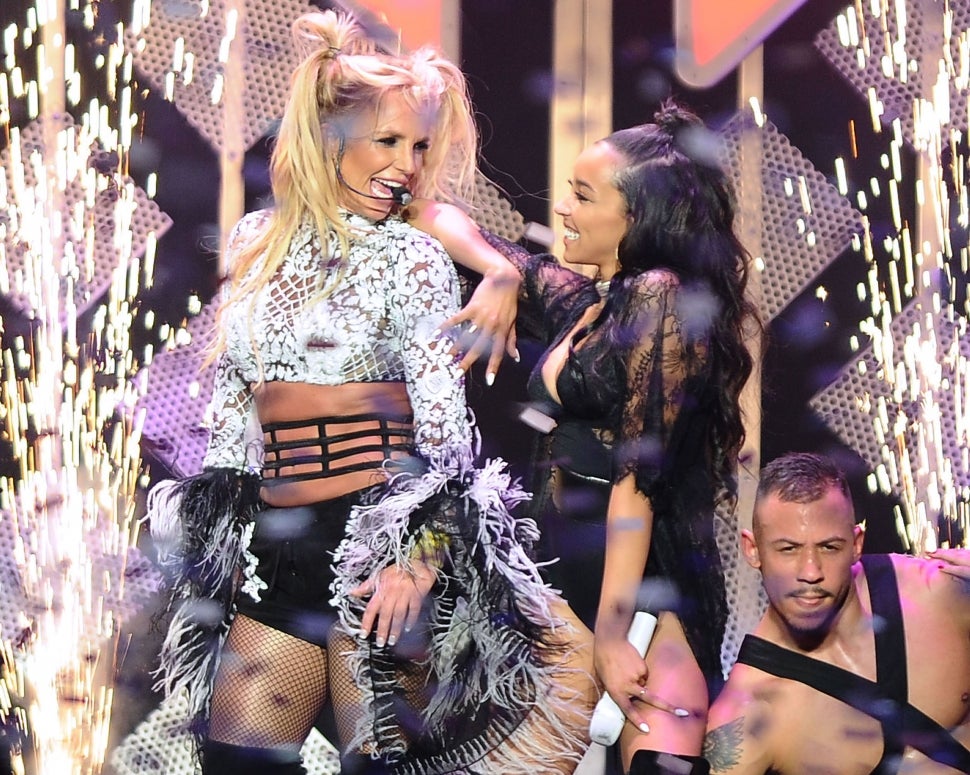 Earlier in the interview, Tinashe also opened up about her new single, “Pasadena,” which is the perfect summer anthem to help us get out and have fun after over a year and half of the coronavirus pandemic. Unsurprisingly, fans on Twitter are already dubbing it the “song of the summer.”

“It means a lot to me because that was definitely my intention for the work,” she shared. “I really wanted to put something into the universe that helped bring in this new era, where we are able to get out of the house and excited about the future, hopeful and optimistic and energized again.”

Tinashe said the song also holds an extra special meaning to her, personally. The songstress was born in Lexington, Kentucky, but grew up in Pasadena, California, a place she says brings her feelings of excitement, nostalgia and hope every time she visits the area.

“What I love most about the city of Pasadena is that it really reflects the spirit of L.A. in a different way that is shown in media and music,” she explained. “I think when people think of L.A. they think of Hollywood, they think of the industry, and there’s definitely a lot of darkness and weirdness and competitive energy within that space.”

“But L.A. has so much more to offer. There’s so many parts of the city that have real character and feel like home and feel comforting for me,” she continued. “So that’s really why I put that as the title.” 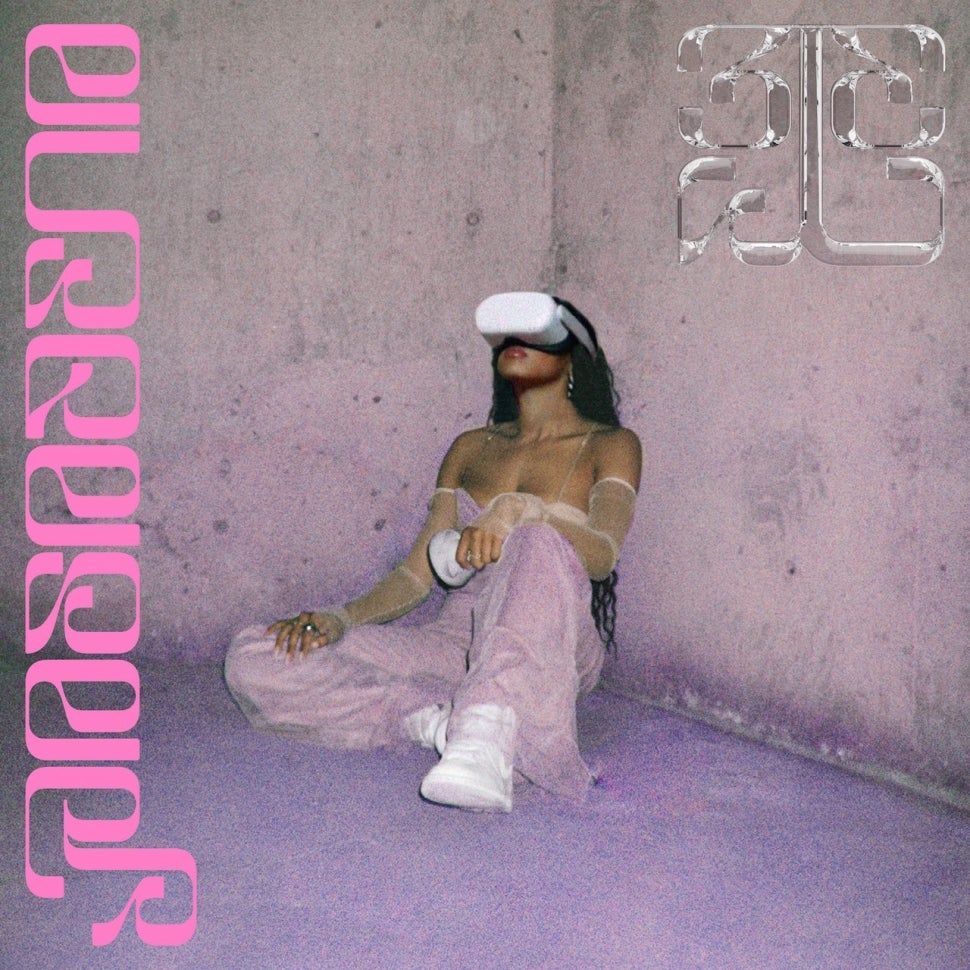 Tinashe also teased what fans can expect from her upcoming fifth album, 333. She said it features 16 songs, is about 50 minutes long and “is coming in the next couple of months.”

“The overall vibe of the new project, sonically, it has a lot of range,” she shared. “Most of the songs have a lot of tempo, they all kind of feel exciting and energetic. That was a real theme for me throughout the entire project, just keeping tempo and stuff that people can dance to.”

“There’s fun danceability, as well as discussing topics like letting go of resentment, moving on from hurt, and growth,” she continued. “Just coming into your own power, and evolution from pain to something else. This album really feels like it takes that energy from Songs For You and evolves it even more.” 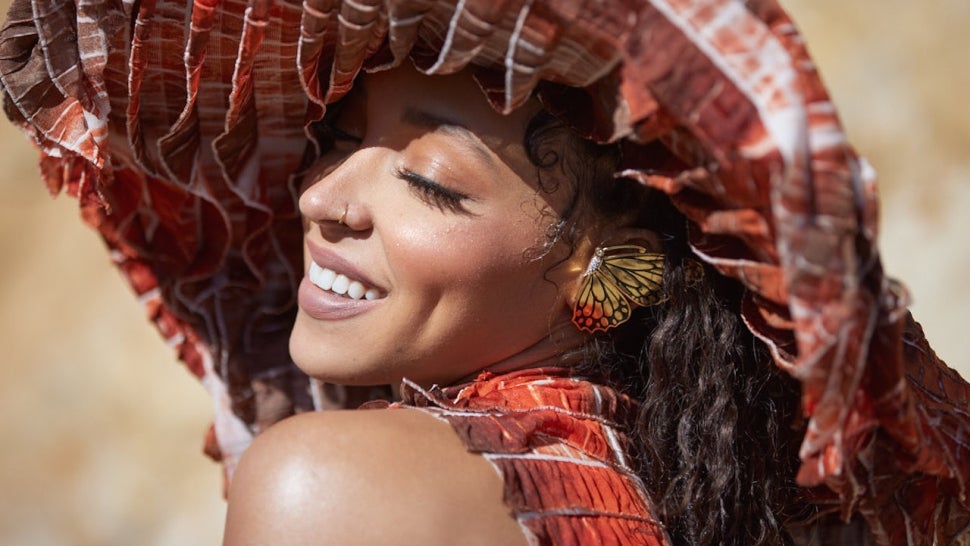 As for the meaning behind 333, Tinashe said it relates to angel numbers, and the idea that the universe is looking out for you, and that “everything is on the right track.”

“That’s the sentiment that I really wanted to bring to this music, and to everyone that’s listening to it,” she further explained. “That we can be hopeful, we can look to the future, and we can have comfort in knowing that we are on the perfect path. We’re doing the right things, and we’re protected and safe.”

Of her favorite lyric from the project, Tinashe teased, “The album opens with this lyric: ‘Waiting on somebody else to save me, I hurt myself with foolish pride.'”

While Tinashe couldn’t spill too many details about special guests featured on the album, she told ET that there’s “both male and female collabs,” including a duet with her brothers. The Dancing With the Stars alum also said she’s holding out hope to work with Christina Aguilera on a remix of one of tracks — and already has the perfect song in mind!

“It still hasn’t happened yet, but yes, we’re manifesting that,” Tinashe said. “I think when she hears the album come out, hopefully she’ll feel the vibes and want to get on it. But it’s literally perfect for her.”

Looking back on all that she’s accomplished over the past few years, and what’s to come with 333, Tinashe revealed what she’d like to tell her younger self, that girl who was dreaming of a music career in Pasadena.

“To be patient. I think I’ve gotten a lot more patient with age, but when I was younger, especially, I had all these crazy things that I wanted to accomplish, and I had time limits on myself,” she said. “Like, ’16, I’m gonna be like Britney Spears, it’s gonna be my first album!’ I just had all these different goals and landmarks in my mind.”

“I think I’ve realized to look at life more like a full journey,” she added. “You have to patient. You have to enjoy the ride throughout all of it.”