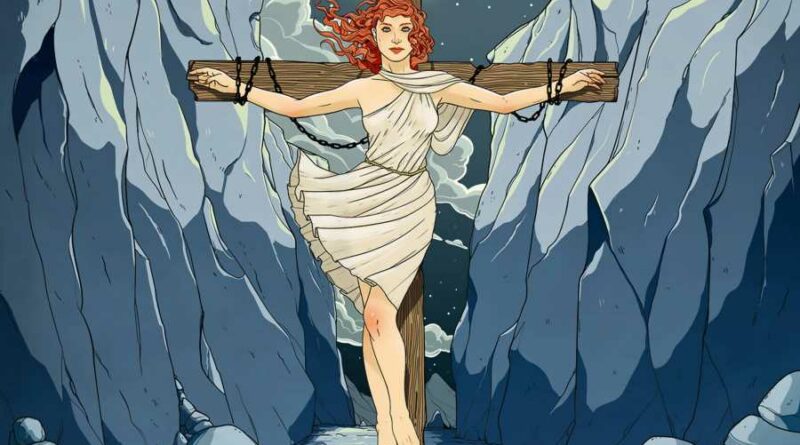 The stories written into Tori Amos’ 1992 debut, Little Earthquakes, will be brought to life in a new graphic novel. To mark the album’s 30th anniversary, the singer-songwriter has teamed up with Z2 Comics and editor Rantz Hoseley to publish Little Earthquakes: The Graphic Album.

The graphic novel, which follows Amos’ 2008 book Comic Book Tattoo, will transform the album’s tracks and b-sides into a 24-story collection that recontextualizes the LP’s original narrative. To accompany Little Earthquakes: The Graphic Album, Amos will also reissue a deluxe edition of Little Earthquakes on vinyl.

Over a dozen artists and writers contributed to Little Earthquakes: The Graphic Album, including The Handmaid’s Tale author Margaret Atwood who will tackle “Silent All These Years” with artist David Mack. Neil Gaiman will also pen a story based on “Tear in Your Hand,” illustrated by Bilquis Evely. On March 11, Amos and Z2 will reveal the full list of credits with story-specific assignments, right as the singer heads out on the first leg of the Ocean to Ocean tour.

“To have some of the most creative graphic artists interpret the songs from Little Earthquakes, is a true honor,” Amos shared in a statement. “I enjoyed working with Rantz on Comic Book Tattoo so much that when he contacted me about putting something together for the 30th Anniversary, I had no hesitation. Artwork is such an important part of my musical world and to see these songs come to life in graphic form is such a joy.”

“Having been present during the writing of many of these songs, I can tell you they are inextricably bound to comics,” Hoseley added. “They were on the early demo cassette that I snuck to Neil Gaiman at the San Diego Comic Con in 1991, telling him ‘this is my friend, she sings about you, please don’t sue her.’ It’s been too long since Comic Book Tattoo, and it’s truly a pleasure to get to make comics with Tori again.”

Little Earthquakes: The Graphic Album will arrive in three limited-edition releases with a standard version available in bookstores and record stores this September. Z2’s deluxe and platinum artists editions will be available exclusively through their website in limited quantities.