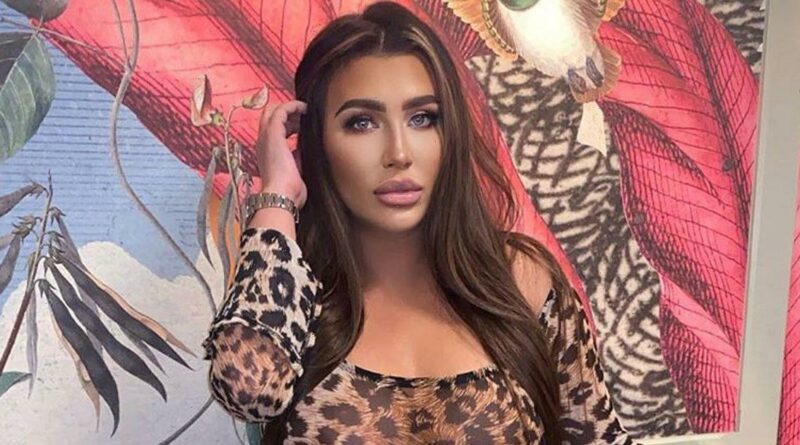 Lauren Goodger has been left "unrecognisable" after she was violently attacked on the day of her newborn baby's funeral, a friend has said.

The TOWIE star has reportedly gone into hiding and been staying with a friend at a private unknown address after being subjected to a horrific assault that left her with a fractured eye socket.

Lauren, 35, was taken to hospital in the early hours of Thursday morning after suffering serious facial injuries just hours after she and ex-boyfriend Charles Drury, 25, had buried their baby daughter Lorena.

The infant tragically died just days after being born last month, the second tragedy for Lauren in just two weeks after her ex-boyfriend Jake McClean was killed in a horror car crash in Turkey.

Lauren is now reportedly 'terrified' to leave the house because she fears being attacked again.

Her sister, Nicola, posted a picture of Lauren and Charles' first born Larose earlier this week as she paid tribute to her.

She wrote: "This gorgeous little girl doesn’t even know how lucky she is to have such a strong amazing mum! As long as you have each other you’ll both be fine."

Meanwhile, Lauren's friend, Lauryn Goodman, 31, shared the post to her Instagram Story, before writing her own comment about being brought to "tears" whenever she looks at her following the alleged assault.

She posted: "Couldn’t have said this better myself. Seen a few things as well and I’d like to say there are NEVER 2 sides to a story when my friend’s face looks how it does. She is unrecognisable.

"Brings me to tears every time I look at her. No amount of lies you tell will ever hide the truth now. Please if anyone ever finds themselves in this situation never think staying quiet or hiding is best."

For more of the latest showbiz news from Daily Star, sign up for one of our newsletters here.

She added: "Always confide and reach out to people. Better days will come and you aren’t trapped. Promise. Be strong for your little ones."

A second upload saw Lauryn describe Lauren as "one of the kindest people I’ve ever met" and a "genuine soul" despite others being "quick to judge."

She continued: "You have a genuine soul and would never ever wish bad on anyone. I wish I could take the pain away."

A Metropolitan Police spokesperson told Daily Star: "Police were called at 00:37hrs on Thursday, 4 August to reports of an altercation at a residential address in Upminster, Essex.

"Officers attended. At the scene a woman, aged 30s, was found with facial injuries.

"A man, aged 25, was arrested on suspicion of assault.