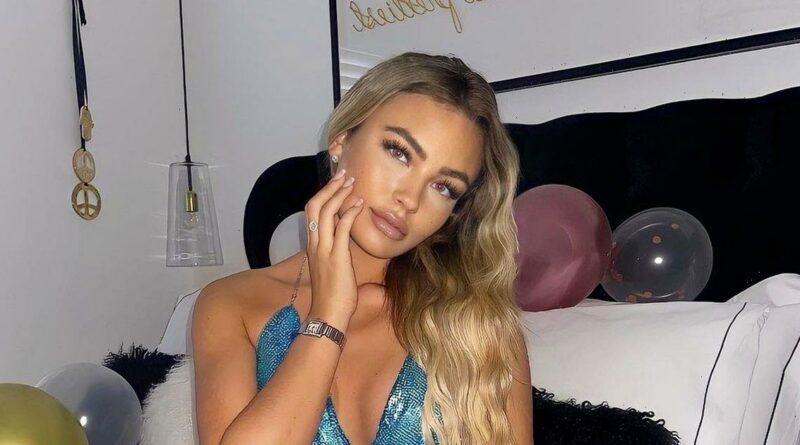 It is claimed the 25-year-old is getting serious with the The Only Way Is Essex babe.

The 20-year-old reality star has 'grown close' to Tommy, previously charged with possessing a weapon and a quantity of drugs.

It is said they spent the Bank Holiday weekend together and have already dropped hints on social media.

They hare been sharing snaps on Instagram and friends of the reality star say it's been going on for a short while.

Speaking to MailOnline, a source close to the pair claimed: "Ella and Tommy have been seeing each other for a number of weeks now and they're having a great time getting to know each other.

"They share the same group of friends and originally grew close in lockdown but they're loving being able to meet up and enjoy date nights together outside."

The ex-boyfriend of reality TV star Ferne McCann was jailed for 20 years.

The 25-year-old admitted throwing the liquid but had claimed he believed it was a date rape drug.

Sentencing him, Judge Noel Lucas QC described the crime as a "despicable act".

He said: "His defence from first to last was carefully researched and choreographed in order to explain away the evidence against him."

Tommy got into hot water when police searched the family home in the wake of his brother Arthur being sought in connection with an acid attack at a nightclub.

Ella joined Towie in 2019 and she had also been pictured with Tommy's arms wrapped around her over the weekend.

She also posted a photo on her Instagram Story in which she seemed to be inside Tommy's car.

Ella was snapped showing off a takeaway coffee while sat in the passenger seat and she captioned the pic: "Coffee please".