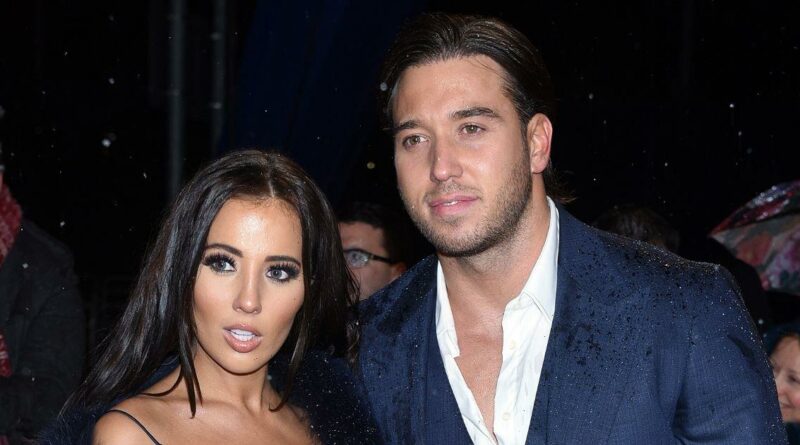 They dated for four years – and TOWIE star James Locke has revealed he has reached out to ex Yazmin Oukhellou after the horror car crash which killed her boyfriend Jake McLean.

Lockie also vows to be there for his former flame whenever she needs him.

Yazmin, 28, has told how she was asleep in the passenger seat and woke to find their Mercedes plunging 70ft from a mountain road in Turkey last month.

READ MORE: TOWIE's Gemma Collins shares slimmest snaps yet as she strips down to plunging swimsuit

suffered serious injuries, with doctors saying it was a “miracle” she survived.

It was Jake’s funeral this week and although Yazmin was absent from it, she broke her social media silence since the crash, posting: “I needed this time away to work on healing and processing everything as best as I can.

“I’ve not stopped thinking about him and I’ll miss him always.

“He will forever hold a special place in my heart.”

“I don’t think anyone can contemplate what she’s going through but I’m here for her always if she ever needs me.

“She’s got her friends and family around her and she’s in as good a place as she can be at the minute.

“Yaz still has her arm, so that’s the main thing.”

The pair dated on and off from 2017 until February 2021, but remained in contact and were seen enjoying lunch together in April.

Lockie, back on screens in Towie this Sunday, has also had an on/off romance with Love Island’s Megan Barton-Hanson. They were spotted holding hands in Spain in June, months after they had a hotel room bust-up.

But the Towie hunk insists their relationship was never official. And he also reckons he’s been “wasting” too much time on women.

“Me and Megan never put a label on things,” he says. “We were just friends, it was nothing too complicated. We’re still friends now, and it’s all cool. I’m not dating anyone, and I’m not looking for love.

Lockie also has a new film role on the way alongside Harry Potter star Jason Isaacs and says he wouldn’t turn down I’m A Celeb.

Towie returns for season 30 this Sunday on ITVBe at 9pm.