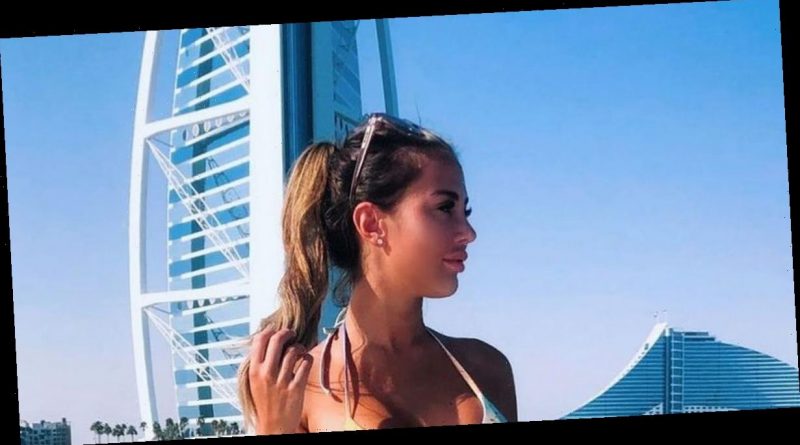 Yazmin Oukhellou has reportedly quit The Only Way Is Essex to have a fresh start in Dubai.

The 26-year-old reality star has left the television show to live in the Middle East after her split from James Lock.

A spokesperson for TOWIE confirmed the news of Yaz's departure to The Sun.

They told the publication: "Yaz has decided to stay in Dubai to pursue a career in real estate so she won't be starting this series of The Only Way is Essex.

"We support this decision and wish her well in this new venture. As with other casts, the door remains open should she return to Essex."

Yaz first joined the popular ITVBe reality show back in 2016 and was involved in numerous dramatic moments on the iconic show.

Her departure from TOWIE comes after her relationship with long-term boyfriend James Lock, known on the ITV reality show as Lockie, ended.

The ex-couple went their separate ways earlier this year after they reportedly had an explosive row in the UAE city.

James told OK!: "We've broken up. We tried to make it work and we really thought it was going to be different this time but things don’t always work out as you'd expect.

"I have a lot of love for Yaz and a huge amount of respect for her but we’re just better apart."

While Yaz said: "James and I have split up amicably. I love James but we're not good together.

"It couldn't go on the way it was so I told James we should end things and he agreed."

They got back after splitting in 2019 following two years together.

The pair were recently staying at the luxury JW Marriott Marquis Hotel Dubai but were heard arguing.

A source revealed to MailOnline that James and Yazmin were living in separate rooms in the pricey hotel.

A spokeswoman for Yaz told the publication: "I can confirm James and Yazmin have split up.

"It's an amicable split and both of them are certain that it's time to move on with no animosity."