BBC News is reporting that the 76-year-old had to undergo the emergency surgery which is said to have “gone very well.”

Manchester United football club tweeted: “Sir Alex Ferguson has undergone surgery today for a brain haemorrhage. The procedure has gone very well but he needs a period of intensive care to aid his recovery. His family request privacy in this matter.

“Everyone at Manchester United sends our very best wishes.” 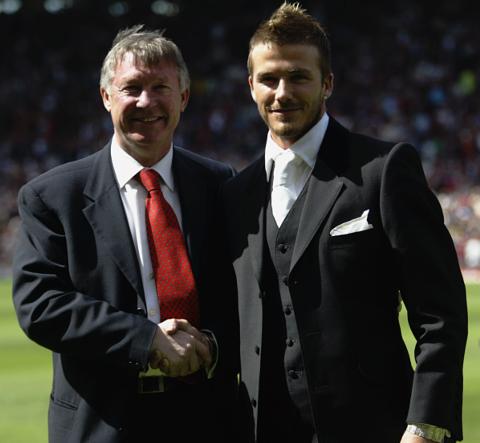 Ferguson’s son, Darren Ferguson who is manager of Doncaster Rovers, missed his team’s match which happened this afternoon.

His reprentative said in a statement: “Darren asks for privacy, and will provide an update through the club during the week” (via Manchester Evening News).

The senior Ferguson led Manchester United as manager for 26 years before retiring in May 2013 and was last seen at Old Trafford, the team’s home ground, last Sunday (April 29) where he was on hand to present Arsenal’s Arsene Wenger with a commemorative trophy.

Twitter was flooded with well wishes for Ferguson after the news broke;

“Terrible news emerging about Sir Alex Ferguson. I was lucky enough to meet him at Anfield last month & we shared a brief conversation,” she tweeted.

“He was a true gent. My thoughts are with his family & I wish him the very best with his recovery. From a Red to a Red Devil, ‘Get well soon!'”

Gary Lineker also shared a message for the legend. He wrote: “Very sorry to hear the news that Sir Alex Ferguson is seriously ill in hospital. Wish him all the very best.”