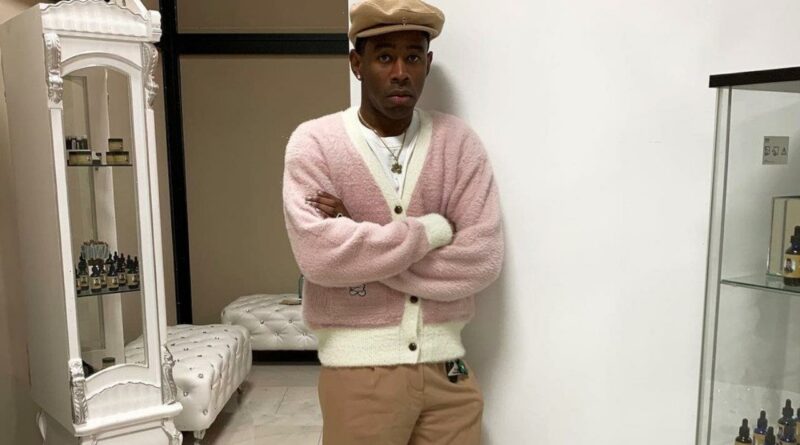 Taking to his Twitter account, the 31-year-old rapper and producer claims that two former colleagues had stolen his music and were selling it on Discord without his permission.

AceShowbiz –Tyler, The Creator has accused old collaborators of selling his music. Taking to his Twitter account, the 31-year-old rapper and producer claimed that two former colleagues had stolen his music and were selling it on Discord without his permission.

He alleged, “b deshay and tyler major selling old songs of mine is wild ha, all them discordd kids are sus especially 3D glass pacifist whatever the hell he called, copping stolen s**t is like damnnnn u thirsty as hell ok.” He added, “like bruh that s**t is true personal stolen stuff and n***** is like gb gb like damn bro you that thirsty for 2 minute drafts / few hundred bucks get it together fellas. subliminal tried to get on a call like no bro, just stop, its not cool dawggy (sic).”

Meanwhile, Tyler recently praised Kendrick Lamar for his fifth album “Mr. Morale & The Big Steppers”. “N****s don’t know how to give each other hugs and I hope we get past that. We will, though. The younger kids is like, ‘What’s up, bro? You good?’ We gotta cut the b******* and just start being super open and honest.”

“And that’s what Kendrick just did with his new album… I love that album, but I feel like he touches on s*** that’s so, like, open and honest that some people can’t listen to it because they probably feel like he’s looking at them in their eyes and they’re like, ‘Oh, I can’t panic. Uhhh, I can’t listen to this,” he further gushed.

“Put on something else so I can hit my dougie’. And keep forgetting and numbing the s**t that he’s talking about,” he added. “Not saying the people that’s doing that went through what [Kendrick’s] saying, but it’s making them think about the s*** that they’re covering up with that f******, ‘I’m hard, I shoot people’ s**t. I see it, I see through it.”