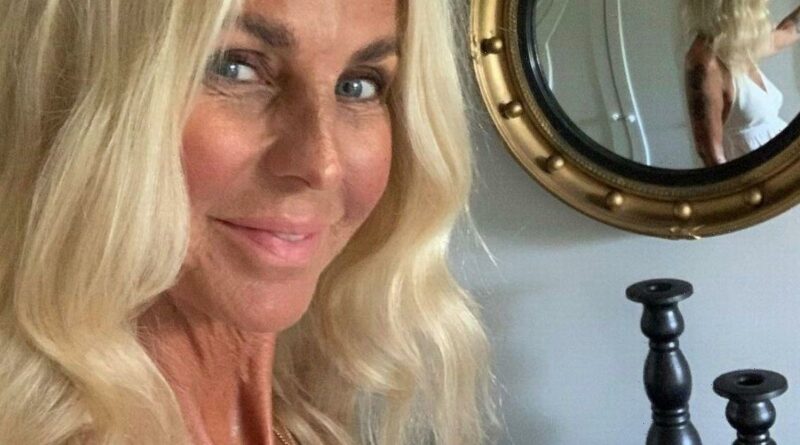 Ulrika Jonsson has shared a sweet birthday message to her daughter Bo Eva Coeur who has turned 21, showing the ladies looking ever so alike.

The TV presenter took to her Instagram Stories to share two snaps of the pair, with a birthday message saying: "Happy 21st birthday darling daughter @bo_jonsson Love you quite a bit"

The two blonde beauties were posed side by side, showing off their similar facial features.

Earlier on, Ulrika also posted a touching tribute to mark her daughter's milestone, with a post on her Instagram grid.

The former Gladiators host shared a candid snap of her daughter, who she described as the "ugly duckling who turned into a beautiful swan".

Bo was born with a congenital heart defect and it had once been thought that she wouldn't live long enough to reach adulthood.

"Well, this was a day I never thought I’d see. They said they hoped you’d live to be a teenager – but here you are in all your glory.

"You found your vocation and you’re working so hard at Norland to become the very best @nannybojonsson there is.

She continued: "You’re stubborn. You’re very nice. But like all Scorpios, you have a sting in the tail.

"You’re determined and wilful. You’re a loyal, fun friend. You have the best laugh. You’re also a bit stoopid at times. But you’re savvy and sassy; an emotional mess; energetic, needy, dramatic, obsessive and sensible: all in one day.

Happy Birthday to my ugly duckling who actually turned into a beautiful swan."

This comes a day after Ulrika revealed she woke up with two unknown men in her house after a boozy night out at a bar.

The 54-year-old mum went out partying with strangers at the bar, but the night took a rather messy turn as she fell over three times and got booted out of the venue.

The Celebrity SAS star told her fans on Instagram that she woke up with a "bruised and swollen wrist" as well as a "sore a***".

Ulrika said: "I've come home with a bruised, swollen sore wrist with scratches on it. I also have a really sore a*** from falling over.

She went on: "Bo and I went out for a drink and bumped into a group of girls I've never ever met before and kind of hijacked their evening, for which I apologise, and then drank and danced and I fell over three times.

"I was drunk but I'm really s*** at balance and I got marched out by security and barred I think."