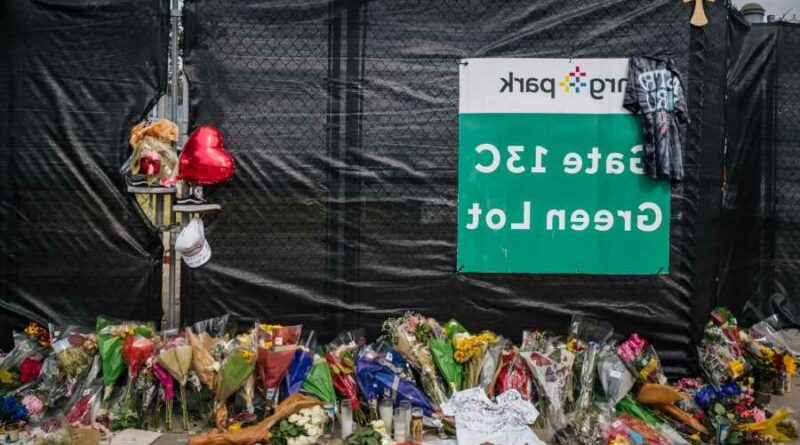 Not long after the start of last Friday’s Astroworld Festival, an employee who’d been hired to interact with fans and provide information about the show learned of a change in plans. Without any additional training, the employee was rushed to the front of the stage to help with crowd control.

While a minor change in assignment is par for the course at music festivals, moving someone from the information booth to the front lines help keep a rowdy crowd in order was a considerable change of duty, said the employee, who — like many of the other festival workers and industry professionals who spoke to Rolling Stone for this article — requested anonymity because they were afraid they would lose their job or be shut out of future employment opportunities. “We should have been somewhere else, but from the looks of it, they needed people in the front.”

Who Died in the Astroworld Tragedy?

Nine people were killed and dozens of others were injured last Friday night when a massive wave of people surged toward the event’s main stage as Travis Scott was about to perform at the sold-out, two day music festival. The incident is under investigation and dozens of lawsuits have been filed, stemming from the disaster.

In the days following the Astroworld tragedy, many concertgoers have come forward with stories of chaos, confusion, and being caught in the hellish crowd surge.  According to several people who worked the festival in auxiliary, non-organizational roles — as well as concert business employees who were simply there to check out the show — the nearly two-year shutdown of live music due to the Covid-19 pandemic left big music festivals and tours understaffed and underprepared for emergencies like the one at Astroworld.

“It felt like a lot of unprepared and unseasoned people who didn’t really know what could happen if you don’t provide the resources,” said a concert industry employee who was in attendance. (Officials from NRG Park refused to comment for this story, citing “pending litigation and ongoing investigations,” and several calls to Contemporary Services Corp. and Valle Services, which handled security, were unreturned. Promoters Live Nation and Scoremore also did not respond to requests for comment.)

Industry employees who spoke to Rolling Stone pointed to a dearth of available workers for the two-day festival —from bus drivers to carpenters — as a problem that has dogged both this year’s Astroworld, and other festivals and tours in 2021. “A lot of people don’t want to work these festivals because they know from before it’s a little chaotic,” said another industry source who attended Astroworld and requested anonymity. “And a lot of people are worried about Covid and don’t want to come in and expose themselves, which I completely understand.”

Some workers at the festival said they saw early warning signs. Tracey, a local Houstonite who attended Travis Scott’s Astroworld Festival in 2018, returned this year as an employee, working in a tent where she passed out free T-shirts and greeted fans. But she observed something unusual last Friday when the gates at NRG Park opened at 10 a.m., nearly 10 hours before Scott was set to perform. “We just saw nothing but kids running,” said Tracey, who requested only her first name be used. “In my head honestly I thought, ‘Oh, they broke the barricades and jumped in like they do every year.’ But this time it wasn’t just a few. It was, like, hundreds.”

Houston Police Chief Troy Finner has said that 528 Houston police officers were working at Astroworld last Friday. The total number of security guards from CSC and Valle Services was expected to be more than 700, according to Finner, but the companies have not answered requests to confirm that number.

As Rolling Stone reported, some security guards hired by the California-based CSC were being trained the night before the event, and at least one potential employee, Darius Williams, told Rolling Stone earlier this week that he felt “uncomfortable” when he arrived on site and was instructed to work the front entrance with metal detectors. Williams walked away from the job before he began.

The employees and industry professionals who attended the festival said the lack of training was evident. “It just seemed like all the security guards were severely understaffed, underprepared, and undertrained,” said one attendee, who has worked in the live-event production world.

“A lot of the security didn’t seem like they knew what they were doing,” said another industry employee. “It irritates me because this event was in November. Why didn’t they already pick up on these issues and figure them out beforehand? Between two or three o’clock, you saw, like, hundreds of people running in past one security guard at the scan checkpoint. If you see something like that happen, you should immediately figure out how you’re going to fix it and put in a different line of protection. You should have these things in your mind already in place of like, ‘OK, go to Plan Two, Plan Three.’

Aly, a 24-year-old Travis Scott fan who was attending her first Astroworld festival said she was standing near a VIP area, a distance from the main stage, she and a friend immediately felt squeezed: “If I could describe it, it felt like if I was in the subway and the doors closed and we’re all trying to like compact our way in,” she said. She said that screams for help were initially ignored by security, but when a nearby fan began having trouble breathing, she said a guard finally approached them. “He was just looking at us and saying, ‘I don’t know what to do. I can’t help you. Please calm down.’”

Around 9:30 p.m., right before police would declare “a mass casualty event” at the Astroworld festival, Tracey, the promo-tent employee, started to head home after her shift. Walking to her car, she noticed one last thing about Astroworld that didn’t seem right to her. “I’m still hearing music, but I’m seeing people leave,” she said. “It didn’t register to me like that the concert was over.

“Looking back, those are the people who felt like, ‘This is too much, I got to go. I don’t want to be here anymore.’”

TIPS: Were you an employee working at the Astroworld festival? We want to hear your story. Email us: [email protected]