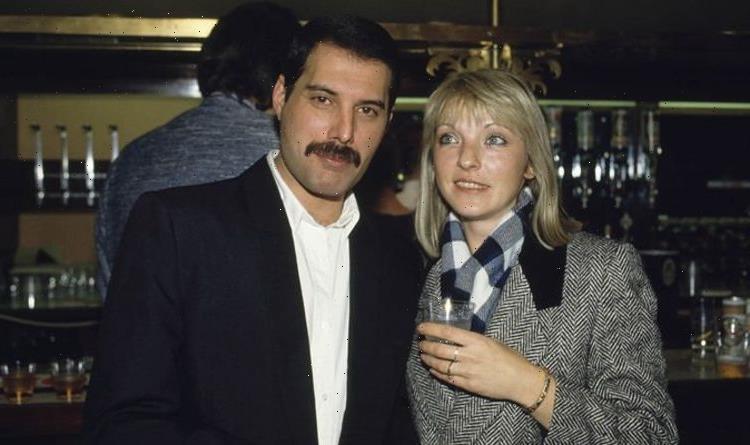 Freddie Mercury sings Love of My Life at Wembley in 1986

Family, friends and fans have been celebrating the memory of the unique star who died thirty years ago on November 24, 1991. The aftermath didn’t just leave those close to him, and millions around the world, devastated. It also started an “upsetting” period when Freddie’s will was read out and his plans for his fortune and his beautiful home were revealed. Mary Austin currently resides in the multi-million-pound West Kensington mansion, but who really owns it – and why?

Mary was Freddie’s “love of my life” even though they split up in 1976. For the next fifteen years, she remained at his side as his closet confidante. She organised all his personal finances, found his beloved home for him, and then made sure it ran smoothly. She was the only person he trusted to bury his ashes in a secret location.

In his will, Freddie sensationally left Mary his entire fortune, plus his house and half of his future earnings from Queen. But there is also a “vesting period”. Some fans were convinced this means Mary does not own the house, only holds it in trust for a limited period. And Freddie’s partner Jim publicly staked his own claim to the mansion.

Many of Freddie’s friends were shocked to learn he had left almost everything to a girlfriend he split from 15 years earlier, even though he was in a committed relationship with Jim Austin when he died.

Jim even claimed in his book, Mercury and Me, that the Queen star had promised to leave him the house instead.

Freddie’s long-term PA Peter Freestone also lived at One Garden Lodge and told The Express: “I doubt that would ever have happened.

“It is something Freddie might have said in a moment but he was always very particular to write down anything he really wanted to happen, especially in his will. Anything verbal doesn’t mean anything.”

This caused some resentments and many saw it as a betrayal of Freddie’s memory. Peter spoke to The Express to clear up a tangled and inflammatory story.

He said: “As you all know, in his will he left Garden Lodge and all its contents to Mary Austin. This did not include three adult males.

“So that Freddie’s written will could go through probate it was necessary that we were no longer in the house and we were all given three months to make our arrangements. We were not evicted onto the streets, as Freddie had made sure we all had somewhere to go.”

Freddie left each of the three men £500,000 to get started, which was an even more considerable amount in 1991.

Mary later spoke of how upsetting the whole experience was: “Some of the fans even told me I was only the keeper of the house. That hurt. I know several of Freddie’s gay friends were surprised Freddie had left so much to me. There those who thought they should have been left the house. It was like people begrudged me having what he had left me.”

It was also another eight years before Mary received the bulk of his money from the will: “It was a worrying time. The taxman had been paid, but without the money coming through I didn’t know if I could afford to keep the house. I felt under a lot of pressure.”

For many years, Freddie’s fans would gather outside the house and paint the garden walls and pavement outside with graffiti dedicated to their idol.

In 2017 Mary had the wall scrubbed clean and notices were put up warning that defacing the wall was a crime. A vocal sector of the fandom was outraged.

The part of Freddie’s fandom opposed to Mary’s central role in the legacy of The Queen star has even claimed that Mary does not own One Garden Lodge but will have to give it back when the “vesting day” period expires.

The truth lies in Freddie’s will, itself.

Freddie Mercury’s will states: “I bequeath to Mary Austin my house known as Garden Lodge, 1 Logan Place, or if it is sold such other house or flat in which I shall be residing as my principal residence the time of death together with all the contents and all my personal possessions which may be held by banks or other third parties the sate of my death.”

The vesting day which is mentioned elsewhere in the will and expires after 50 years refers to the additional revenues which various people, including Mary, receive from Freddie’s share of the Queen royalties.

But what about the house?

In legal terms, the house itself is Mary’s outright, to live in and dispose of as she alone wishes. Again, many fans believe the house should be turned into a museum, something Mary tried to persuade Freddie to do. But he always wanted it to remain a lived-in and well-loved family home.

Mary remains there to this day, a deeply private person as she always was, with her own personal and private memories of the man who once said: “I’ll love her until I draw my last breath.”