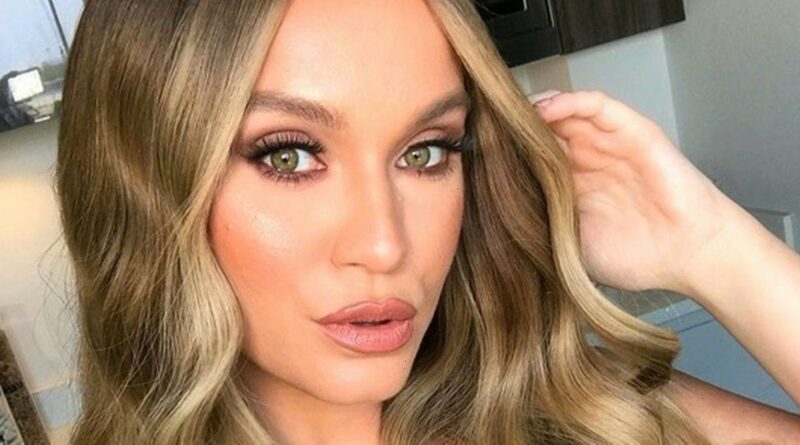 Vicky Pattison famously appeared on Geordie Shore from 2011 to 2014, with the premise of the show surrounding young Geordies partying, hosting events and getting 'mortal'.

The show remained an incredibly popular show on MTV and is still going after 10 years, but few of the original cast remain.

Vicky has since reflected on her time on the show, and the 33-year-old has recognised that while it sounded great on paper, it came with its downsides.

Speaking on her podcast Vicky Pattison: The Secret To… she told Melvin Odoom that "like everything", there were downsides to doing the show.

Previously working in a call centre, Vicky said that she juggled two jobs, working in the office by day and working in bars and clubs by night until she was invited on the show.

She said: "I was being paid to party with a bunch of people that I didn't know. On paper, that sounds really wild and really fun and it was! But the reality of it, like everything, comes with its downsides.

"There were a lot of big personalities in there, so ultimately a lot of arguments. There was a lot of alcohol, so there was always going to be a lot of emotions flying."

Vicky explained how it was hard as someone in her early 20s, who was finding out a lot about herself, but doing it with millions of eyes on her each week.

"And I mean, I wasn't the nicest drunk…", she continued.

However, Melvin reassured her that Vicky came across well on the show "compared to others", but admitted he respects both Vicky and the other Geordie OGs for transitioning from reality TV to their own brand.

He added: "Reality TV is not easy."

The former I'm A Celebrity winner also reflected on how people reacted towards them in her home town of Newcastle, particularly when filming was going on.

"It was a bit of a phenomenon and it was quite exciting for people, but they were either really happy to see us or they were furious."

The podcaster explained that people were frustrated that they were coming into the club and giving Newcastle a "bad reputation".

MTV picking Newcastle to host their controversial series made a big difference for northerners who wanted to break into reality stardom though, as one of the first big shows heading up north, which Vicky said was exciting and easily accessible.

Vicky plunged into the spotlight immediately when the show aired and spent seven seasons on the show which saw her turbulent love life take its toll.

Since she left the show, she has been a Jungle Queen, Masterchef finalist and has released her book while appearing on multiple TV shows.

The TV babe has also settled down with boyfriend Ercan Remadan and the pair have recently bought their new home together after the pair started dating in early 2019.