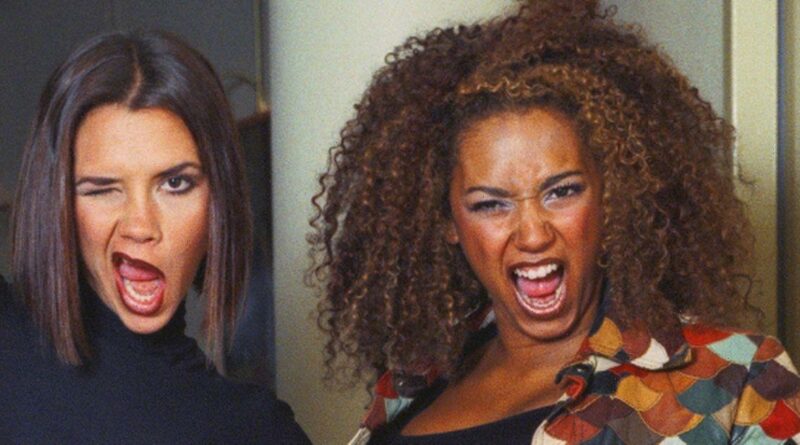 Victoria Beckham has proved herself to be the epitome of Girl Power as she threw support behind Mel B, who is raising awareness about domestic abuse.

The taboo subject is personal to Mel, 45, who claimed she was subjected to a decade-long "reign of terror" during her 10-year marriage to Stephen Belafonte.

Now a patron for Women's Aid, Scary Spice has found herself on a mission to highlight the reality of abuse behind closed doors.

Working with the charity, Mel has starred in a poignant video segment that she wanted to be "real" and "life-like" in a bid to help others.

Mel shared the clip to her own Instagram account this week and pal Victoria was on-hand to re-share the segment offering up praise for her friend. The fashion designer, 47, encouraged her own 28.9million followers to click on the link to watch the full clip.

Victoria told her fans: "This is so powerful and brave," while tagging Mel and Women's Aid in her post.

"To the abusers, we know who you are, even though you are still out there thinking you can get away with it. The tide is turning.

"Thank you @fabiodandreaofficial @ashleywallen for helping me shine a spotlight on this, so proud to be patron of @womens_aid watch think, talk, and donate."

In a bid to create a life-like video, Mel consulted with a number of domestic abuse survivors during the coronavirus pandemic.

During a conversation on Good Morning Britain last week, she told Susanna Reid and Adil Ray that she was fortunate enough that work had been her "escape".

The girl group member couldn't begin to imagine what life had been like for suffers during the lockdown period without any escape.

In the harrowing video, Mel seems to be living a prosperous life but the reality is she often was covered in bruises after being subjected to abuse.

Back in 2018, Mel finally found the courage to give her account of her own experiences, speaking up in a powerful book Brutally Honest.

In the memoir, the mum-of-three, alleged that film producer Belafonte, who is a convicted domestic abuser, hid his criminal record from her, explaining the coercive mistreatment hadn't began until their wedding night in 2007.

She filed for divorce in 2017, citing "irreconcilable differences" and the pair later reached an agreement in 2018 that the abuse charges would be dropped, along with them both receiving joint custody of their daughter Madison.