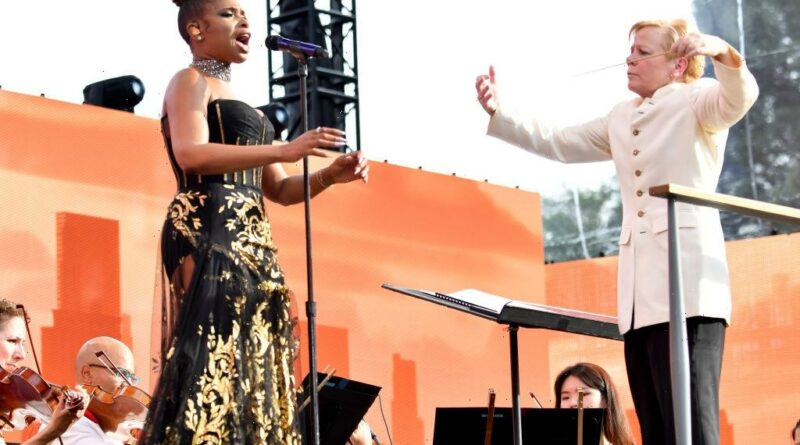 Jennifer Hudson delivered a striking performance of the aria “Nessun Dorma” at We Love NYC: The Homecoming Concert. Joined by the New York Philharmonic, the Respect star belted the Giacomo Puccini opera tune to an audience of 60,000 people in Central Park.

On August 19th, Franklin performed the track as an encore at a special show at The Apollo in New York City. The concert came days after the release of the Aretha Franklin biopic Respect, which she currently stars in as the Queen of Soul.

In a press conference on July 27th, Mayor Bill de Blasio, music industry executive Clive Davis, and Live Nation and NYCEDC chair Danny Meyer announced the lineup at Central Parks Great Lawn. The announcement for the show, which de Blasio claimed would be “one of the greatest Central Park concerts in history,” came alongside a tweet from de Blasio requiring proof of COVID-19 vaccination would be necessary to attend the concert.

To create “an all-time New York state of mind,” Davis told Rolling Stone that he “wanted every genre of music represented, so I reached out to artists across rock, rap, pop, Broadway, classical music.”