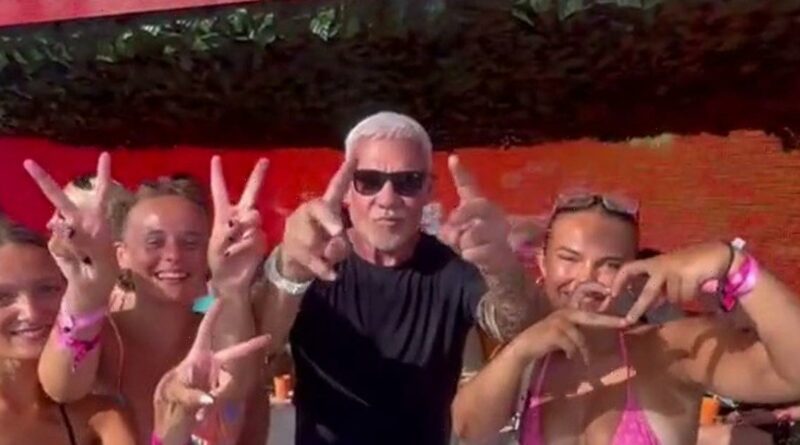 Wayne Lineker has claimed to have had his "favourite days" this summer after giving a group of bikini-clad women with hearing disabilities a "special" experience at his beach club.

The younger brother of former footballer Gary Linker posted a video to show his warm welcome to three women in Ibiza.

He wrote in captions: "An inspiring group of deaf girls came to O Beach Ibiza… It has been one of my favourite days this season."

In the one-minute clip, he is seen having cocktails with the women and taking them to the deck where a DJ is performing in front of the guests.

Wayne wraps his arm around one of the women's waist and dances along with them.

The group is having a great time and they give Wayne a hug to thank him for the hospitality.

One of them types a message in her phone, which reads: "UK doesn't provide us that 'special' experience to make us feel so involved, but we're so glad we feel that way right now."

Wayne was praised by his fans for going the extra mile for people.

A viewer commented: "This is why you are my hero bro, you make so many people's dreams a reality and give back."

Another chimed in: "Sometimes in life the smallest thing can make a huge difference in someone's life and I will say Wayne you have done it with these ladies."

"Top gesture fella, the smiles on their faces say it all… Take a bow Wayne, proper gentleman," a third added.

Wayne appreciated his fans' comments and added: "Wherever I can, I will always give back."

Last week, the millionaire kicked off at a partygoer for labelling him a "nonce" at his popular beach club and was seen in a video booting the man out of the venue.

He explained: "Evidently this video is all over TikTok and in the papers today so f*ck it I’ll tell you exactly what happened.

"This guy called me a nonce (child molesting rapist) not cool not nice so I was upset… what would you do? I can’t deal with these people.