Home » Music » Wayne Lineker says lover has to cope with him ‘surrounded by 1,000 bikini girls’ 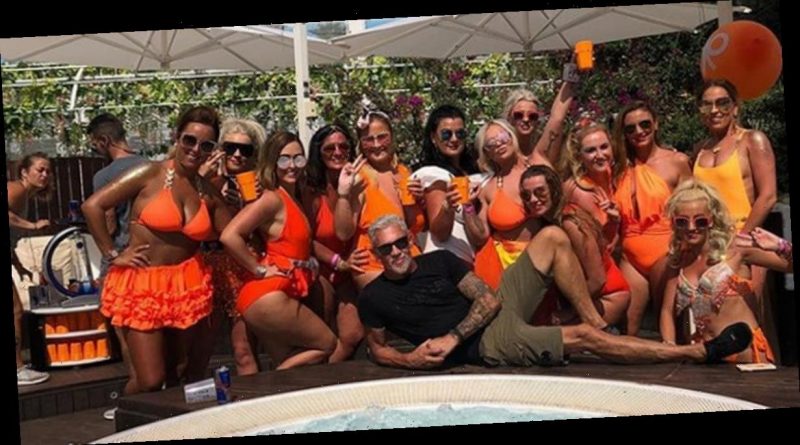 Celebs Go Dating star Wayne Lineker says whichever lucky lady becomes his girlfriend will have to put up with his famous party-loving ways.

The businessman, who is the brother of football legend Gary Lineker, insist he has no plans to tone down his Ibiza raves surrounded by beautiful women.

Wayne, 58, said: "Having a nine-to-five job, five days a week, it just wouldn’t work, because I’m in Ibiza.

"And for me to hold a good relationship, she would have to be in Ibiza.

"There’s no way a relationship could work if she’s in England. It would absolutely drive her mad.

"I’m surrounded by 1,000 girls every single day in bikinis. It’s very difficult for someone to take that on board."

Wayne went viral last year after posting a tongue in cheek list of what he wants a girlfriend to be.

His tick list included points that the girl has to be a "worldie," be able to cook, doesn't want kids, and loves to listen to house and RnB music.

"I was going out a lot and when I go out, I go out, that’s what I do," Wayne added to Daily Star.

He continued: "For someone my age I shouldn’t be going out every night, and getting in the states that I get in.

"I said to my video-grapher, ‘Well, I’m going to write a post about finding a girlfriend’.

"I just started rolling with it, I started getting on this wave of really funny comments, but still edgy and catchy.

"But it was tongue in cheek. Of course it was."

Wayne will join the likes of Chloe Ferry and Curtis Pritchard on the upcoming series of Celebs Go Dating.

To keep the show on air, bosses switched up the format and moved all the stars into a house after self isolating.

Despite his bad boy persona and love of an all night party, Wayne insist he's not actually jumping from bedroom to bedroom.

Wayne said: "I’m not hugely confident in that area,” he confesses. “People think, ‘Oh my God, he must be sh***ing everything that moves’.

"But that’s far from the truth.“I’d never do a one-night stand, they scare me to death.

"To have sex with someone I have to have feelings for them.

"I can’t just jump into bed with someone I don’t know. I don’t like it. I find it really awkward, especially afterwards, so I don’t do it."