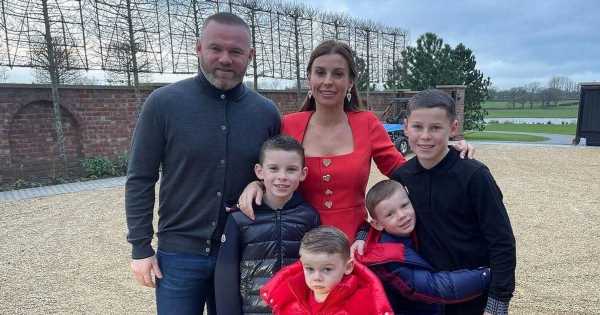 Former Manchester United striker Wayne Rooney took to the stand in the libel High Court to defend his wife Coleen on Tuesday, May 17.

Wayne said that he and Coleen did not want or wish to be in this "traumatic" situation.

The Derby County football manager went on to say that he and his family had felt the toll since the now famous Instagram sting was brought to light by Coleen in October 2019.

Rooney said: "For me and my family, we don't want to be in court in this situation. I have watched my wife over the last two-and-a-half years really struggle with everything that has gone on.

The ex-England striker said he wanted nothing more than to put the entire situation to bed, wishing for normality for his family after the saga had ended.

He told the court: "Whatever the judgement is hopefully me and my wife and our children can get on and live our lives.

"This is not something we wanted to be a part of."

The Liverpool-native who took to the stand claimed he had only learnt about the goings for the "first time" during the libel case this week.

Speaking about the ongoing case, Wayne claimed: "I have never discussed it with my wife," before sympathising with Dancing On Ice star Rebekah over the trolling she received.

Wayne didn't agree with how Rebekah had been treated after his wife had alleged that Jamie's wife's account was behind the leaks in 2019.

He added: "The abuse that Mrs Vardy has received is disgusting. It's not right for a woman to receive that abuse.

"But I have been here to support my wife. It has been the first time I have heard about what happened.''

The High Court case arose after Coleen took to social media with a lengthy statement in 2019 expressing that Rebekah's Instagram account had been responsible for selling fake stories about her.

Coleen had hatched a "sting operation" in which she made up false stories and shared them on her own account.

She claimed that she had blocked everyone from seeing the fake news with the exception of Rebekah's account.

At the time, Coleen told fans online: "I have saved and screen-shotted all the original stories which clearly show just one person has viewed them.

Rebekah has strongly denied any involvement in sharing stories about Coleen with the press and is now suing her for damages.