Home » Music » ‘We signed a deal and went to the pub. We all phoned our bosses and quit!’ 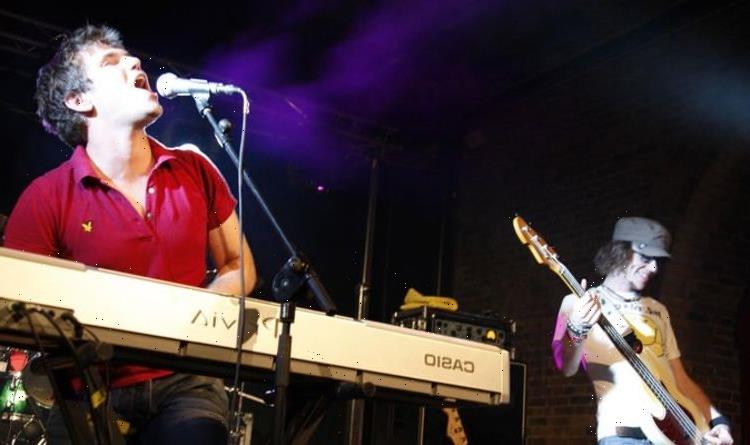 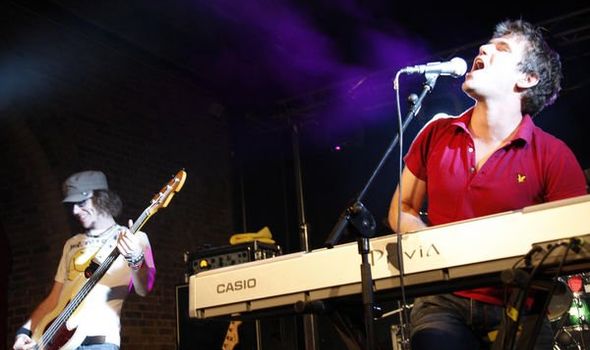 “We had a different level of fame from bands like One Direction and Five Seconds Of Summer,” explains Roy, who’s written songs for both. “I’ve seen their fans and it’s scary. It didn’t happen like that for us, though.

“It got pretty crazy in 2008 – the only band who outsold us that year were Coldplay. But maybe because we were older when we broke through, we never reached the crazy heights of teen worship.

“People knew our songs but not what we looked like, so we weren’t mobbed at airports or chased down the street. Our appeal was broad, it was amazing.”

Everything is “amazing” for Roy, 42 – his life, his wife and family, his fans, his career… even his critics.

“When Noel Gallagher called us ‘Scouting For Idiots’, I was delighted he’d even heard of us,” he beams. “He’s a hero!”

Not surprisingly Stride is known in the business as “the nicest man in pop”.

Britpop ruled Roy’s adolescence. “Liam Gallagher was one of the reasons I wanted to be in a band,” he says. “In my early teens, my whole life was Oasis, Blur and Pulp. The first gig I ever saw was Suede at Watford Coliseum. I went with Greg our bass player. We had no idea you stood up for a gig – it was mind-blowing.

Roy met Scouting’s original drummer Pete Ellard in the Cub Scouts when he was five, and bassist Greg Churchouse on their first day of senior school in South Ruislip.

His late mother Katy, a primary school teacher, was “a tough Aussie bird” who moved to the UK as part of a folk band. “I didn’t know she’d been in a band until I found her old acoustic guitar in her wardrobe when I was 13.”

The trio of chums formed a band at 15.

Twelve years later, in 2005, they became Scouting For Girls; and two years after that they had a record deal and a double platinum-selling top ten hit with their debut single She’s So Lovely.

Their self-titled debut album went straight to Number One and has sold more than a million copies in the UK.

“We were 26, 27, and we’d totally given up any thought of anything happening for us. We put out our own CDs to people who came to the Trinity pub in Harrow, where we regularly played.”

Out of the blue, Epic UK snapped them up on the strength of their demo tape.

“We signed a deal on St Valentine’s Day 2007 and we went straight to the pub,” says Roy with a grin. “We all had jobs, and phoned our bosses to say, ‘We’re not coming back!’.

“We were in the studio in Rye the following Monday recording our album, and finished it in six weeks. I still can’t believe it happened.”

Up until that point, Roy had worked at Carphone Warehouse.

“I was a terrible salesman,” he admits. “Everyone said I was too nice for the job, but my boss was amazing. Two of my bosses came to our gig at Shepherds Bush Empire and they were like proud fathers. They were always very supportive. I think they thought it was a bit of a pipe dream, but they still let me take time to rehearse.”

Pre-work, Roy studied English Literature at London’s Queen Mary College so he could live at home and devote his free time to Scouting.

He defines them as “a proper band” who play “songs that make people happy”.

In 2010, they played Wembley Stadium with Rihanna and Justin Bieber. “It was amazing,” says Roy.

“We’d played Wembley youth Club 10 years before, now we were at Wembley Stadium.”

Both gigs were disastrous. “At the youth club, a woman turned up and turned off the music and we had to play Wembley Stadium without a soundcheck.

“My monitor didn’t come on and I couldn’t hear anything. no keyboards, no bass. I couldn’t even hear the drums. So I didn’t know when to sing and there were 75,000 people looking at me! It was a nightmare, but we managed it.”

The band headline four of the popular Foodies Festivals, which combine pop (Sophie Ellis-Bextor is another headliner) with celebrity chefs – including Bake Off and Master Chef winners.

“We did some Foodies fests in 2019 and they were just lovely,” dad-of-two Roy says.

It’s a really chilled festival, perfect for the whole family. We come on at 7pm and are home for an early night. I can’t wait!”

His wife, Lucy is “an amazing cook,” he says. “She won’t let me cook because I can’t multitask at all. If there’s more than one thing on the go, I’m going to burn something.”

The couple met at his label. “She worked at Sony as product manager, in charge of selling records around the world.”

Their children are musical. Freddie, 11, plays drums and guitar, and daughter Rosie, 10, plays guitar. “But I haven’t pushed it on them,” he says.

Both dad and lad are mad about cricket. “I think my wife would say I’m good dad and pretty hopeless at tidying anything up.”

Scouting never conquered the USA. A boon, he thinks. “It’s helped me live a very balanced life, I got to spend time with my kids and haven’t missed seeing them grow up.”

They recently released a covers album, easy Cover. “We were really drunk on the tour bus on the long drive back from Germany and started singing karaoke. Someone said, ‘Wouldn’t it be great to do a whole album of covers?’,” Roy explains. “For a laugh I started doing just that in the studio next to my house.”

Tracks include Phil Collins’s easy Lover, naturally, and everybody Wants to Rule The World by Tears For Fears – “one of the first songs I ever remember hearing in the back of my dad’s car.”

His father, a retired civil servant, now lives in Crete.

“I was born in 1979 so these are songs that make me feel like a kid. We should have done an album of 90s Britpop hits, but we’re always a little behind the times?

“The 90s were a golden age for British music. It wasn’t the first. Blur and Oasis were the gateway to the Rolling Stones and the Beatles for me. Songs like Strawberry Fields blew my mind.”

Roy’s side career, writing songs for others – including Olly Murs and Alexandra Burke – began when he was invited to the X Factor in 2010.

“I saw One Direction play and I said, ‘I want to write for them!’ I knew they’d happen.”

He’s currently working with Sweet Surrender who won tV talent show The Search – “I’m excited for them and super nervous” – and produced a young indie band last month. “I hope and pray guitar music will come back,” he says. “It’s due for a revival.”

Roy spent lockdown learning to fly a plane and says, “I have so many new songs written, it’s ridiculous. Lockdown is winding me up, I just want to play gigs!”

Scouting have a 45 date UK tour starting in October.

For info on the band’s Foodies Festival gigs see foodiesfestival.com