Billie Eilish just announced her upcoming world tour that begins in March 2020. The singer also appeared as the musical guest on this season’s premiere of Saturday Night Live. Before performing at the Austin City Limits Music Festival, Eilish took part in an “All Things Considered” segment for NPR. During the segment, she was asked about collaborating with BTS. 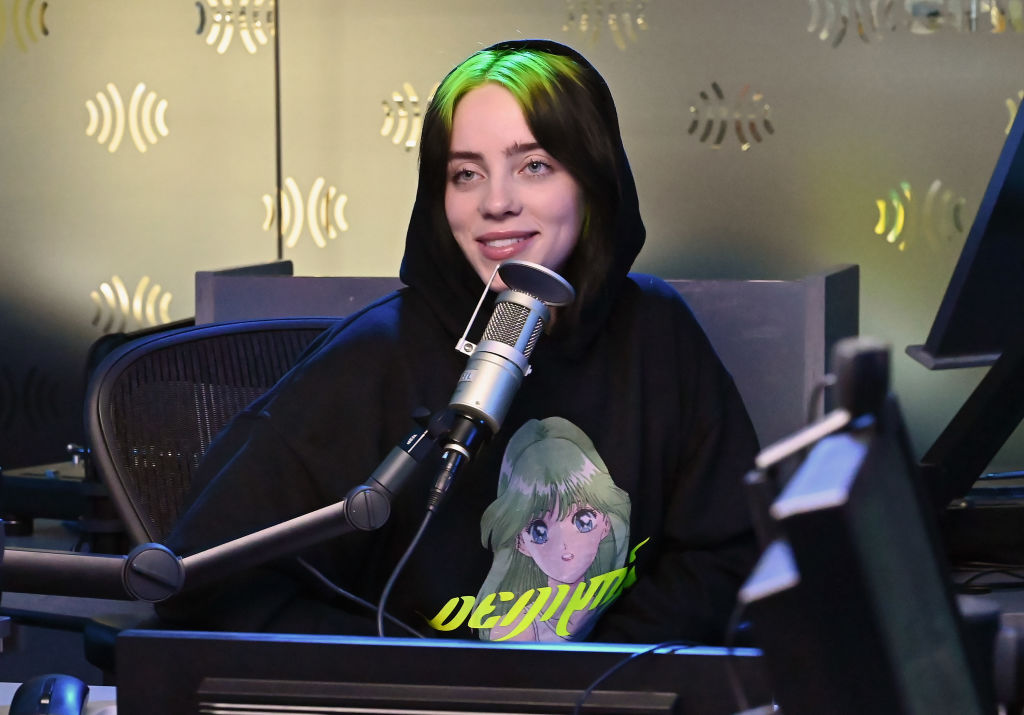 Billie Eilish said she would listen to BTS’s music

During the interview, Eilish was asked who she should work with next. A fan yelled out the singer should collaborate with BTS because the group really likes her.

Eilish asked, “Should I?”

Some people in the crowd yelled out that she should, but several fans yelled “No.” Eilish seemed shocked at the backlash.

“Stop, oh my God. So mean,” she said. “I’m gonna listen to them. They’re very nice. They said some very nice things about me.”

While this is not admitting to a collaboration, Eilish is interested in listening to BTS’s music. Both Eilish and BTS will perform at the KIIS-FM Jingle Ball concert in December. There is a chance the two artists will meet at the concert, and fans are hopeful a collaboration could happen down the road.

It’s no secret the members of BTS, particularly Jungkook, love Eilish’s music. The singer has brought Eilish up in several interviews and cited her as someone he would like to collaborate with and one of his current favorite artists. In June 2019, Jungkook posted a Triller video of him dancing to Eilish’s “Bad Guy.” The video went viral on social media and received over 2 million likes on Twitter.

Eilish told a fan she saw the video and thought it was funny, causing fans to want a collaboration between the two artists even more. Fans also realized that Jungkook might have a chance to meet Eilish at Jingle Ball.

“If we don’t get a Jungkook and Billie Eilish interaction for jingle ball then what’s the point…,” wrote a Twitter user.

A video of the collaboration question circulated on Twitter

The video of Eilish answering the question about collaborating with BTS circulated around social media. It prompted some members of ARMY to post about how they were disappointed at some of Eilish’s fans not wanting her to collaborate with BTS.

“The people who said ‘no’ to Billie Eilish’s question about collaborating with BTS are probably the same people who are super quiet when racism and xenophobia happens,” tweeted Luke Waltham.

Other BTS fans took the interaction as a positive because Eilish said she would listen to the group’s music. Because of this, fans are hopeful Eilish and BTS will meet at Jingle Ball.

“An army told Billie she should collab with BTS and Billie said she would listen to them! We’re really getting a BTS x Billie Eilish interaction in Jingle Ball..,” a fan tweeted.