Home » Music » What is Halsey's Net Worth?

When Halsey landed her first hit song, there was no looking back, as her star was on the rise. The singer has shown no signs of slowing down either, prompting many fans to learn more about the woman with the unique singing voice. 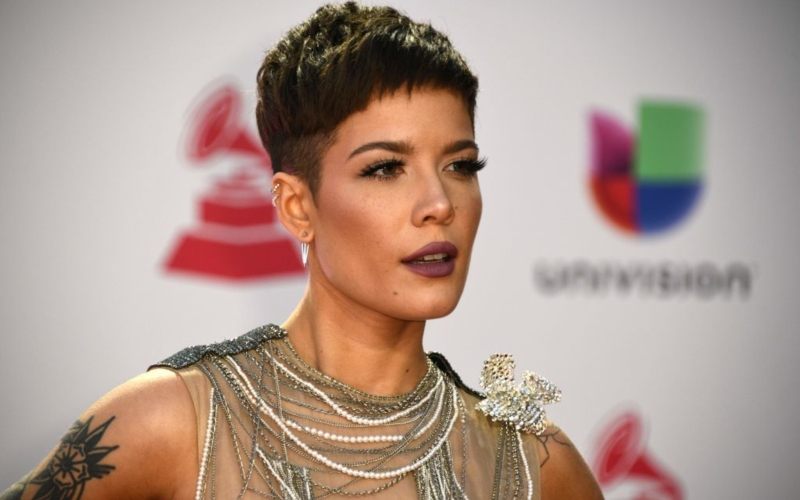 While Halsey (her real name is Ashley Frangipane) began writing songs when she was 17 years old, it was a song parody about Taylor Swift that first nabbed people’s attention. Halsey took the Swift song “I Knew You Were Trouble” about Harry Styles and gave it a fresh spin in “The Haylor Song.”

As a Styles fan, Halsey’s lyrics poked fun at the One Direction star’s relationship with Swift, including: “We knew she was trouble when she got Styles / So shame on us now / This fandom’s getting kind of hostile / She’s gonna put him in her ‘ex boy pile.’”

The song was posted on her Tumblr account se7enteenblack and YouTube, made the rounds on social media and went viral.

Philly! Hanging backstage getting ready for u guys ☺️☺️☺️

‘Ghost’ put Halsey on the map

Despite the online love she got for “The Haylor Song,” it didn’t launch her into an overnight success, as Halsey explained to NME in 2015: “I made that video in 2012 and there was not another word about me in the press until 2014, but it keeps getting brought up… I made multiple parody videos at that age; I’m quick-witted, clever and kind of an asshole, and it was how I handled that when I was 16.”

It wasn’t until Halsey posted her song “Ghost” on SoundCloud in 2014 that she caught the attention of a record label — actually five labels contacted her. She signed with Astralwerks, a Capitol Records subsidiary, because they offered her some creative flexibility.

The instant fame isn’t lost on Halsey, as she explained to Rolling Stone in 2016: “I wasn’t a social-media kid. I wasn’t a Viner, a YouTuber, a blogger, anything. I was just someone that people found minutely more interesting than the average person.”

That slight differentiation from “average” literally put Halsey on the map and she explained of that transition: “I’m just this f**ked-up stoner kid who made it. I was buying my clothes at T.J. Maxx, then woke up one day and was going to L.A. to film music videos. It’s a good thing I’m a crazy bitch, because I don’t think I’d be able to handle it if I wasn’t, you know?”

stan twitter’s worst nightmare. 8 of me. this saturday, i’m doing every job at @nbcsnl tune in.

What is Halsey’s net worth?

According to Celebrity Net Worth, Halsey has an estimated net worth of $5 million. After signing a recording contract with Astralwerks in 2014, she released her debut EP Room 93, with her debut studio album Badlands being released in 2015. The album reached #2 in the United States and Australia, with the song “New Americana” reaching #18 on the US Alternative charts.

Frangipane also collaborated with Justin Bieber on the song “The Feeling” in 2015 and with The Chainsmokers for the 2016 song “Closer,” which she helped co-write.

In addition to her hit songs, Halsey became the 38th musician to serve as both Saturday Night Live’s host and musical guest, joining the likes of Katy Perry, Miley Cyrus, and Mick Jagger, among others who have had double hosting duties.