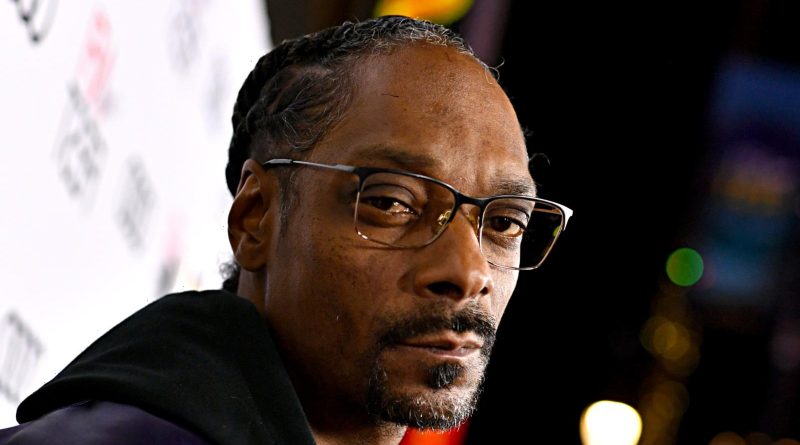 Snoop Dogg has been making waves with a particular lyric from his new song “Gang Signs,” in which he gives Barack Obama a shout-out. The song appears on his new album “From Tha Streets 2 Tha Suites,” which was released on April 20, per The Independent. And while the former president of the United States might seem like an unusual person to feature in Snoop’s lyrics, it’s not the first time the two have been linked.

Although Snoop Dogg voted for the first time in his life in 2020, Tthe rapper endorsed Obama for president during the 2012 election, posting a list of reasons to vote for the Democrat on his Instagram. In these unusual justifications, Snoop called mercilessly mocked Mitt Romney, while pointing out that Obama had hugged Beyoncé before and “smokes Newports.” If Snoop’s new song is to be believed, however, that’s not the only thing the former president smokes. The lyrics of “Gang Signs” (per Genius) boast about Snoop’s lifestyle: “Still sippin’ gin and juice while I’m smoking marijuana / I bet you never blew with Obama.”

The rapper did visit the White House in 2013, as his Instagram proves. Although it remains unclear whether he genuinely did get high with any of the Obamas, Snoop has previously claimed that he snuck in some marijuana during that trip.

Snoop Dogg claimed he got high in the White House bathroom

Snoop Dogg previously claimed that he got high at 1600 Pennsylvania Avenue on an episode of his YouTube show GGN: The Double G News Network in 2014. “Have you ever smoked at the White House?” asked Jimmy Kimmel, who was appearing on Snoop’s show as a guest.

“Not in the White House, but in the bathroom,” Snoop replied, recalling how he spoke to “the CIA or the FBI” about going to the bathroom. “When I do a number two I usually have a cigarette or I light something to get the aroma right,” the rapper explained, adding that they said he could “light a piece of napkin” if he wanted. “I said ‘I’ll do that,’ and the napkin was this,” he concluded, holding up a joint and taking a drag from it during the interview.

Snoop told the story again on Watch What Happens Live in 2015, implying that there was more to the anecdote than he was allowed to tell. “It was an awesome experience; it was one for the ages,” he told host Andy Cohen. “And I can’t wait for him to, you know, come out of the office so we can talk about what really, really, really went down.”

“And I met the butler,” Snoop added, much to Cohen’s delight. “I slid him a little something-something.”