Home » Music » Where The Beatles Got the Name for 'Sgt. Pepper's Lonely Hearts Club Band'

After recording the groundbreaking Revolver (1966) album, The Beatles realized they’d given everything to the music but still didn’t have a name for the record. So they nearly used a goofy titles like Fat Man and Bobby or After Geography (Ringo’s idea, as a send-up of the Stones’ Aftermath).

Later, the Fab Four continued its run of uninspired album titles. The 1968 double record known as The White Album actually went out as a self-titled release (The Beatles). For their final album, they simply used the name of the street where their studio was located (Abbey Road).

In brief, The Beatles were much better at writing music and titling songs than they were as naming albums. If they weren’t using a pun like Rubber Soul or Revolver, they were barely giving the record a title at all.

The one exception was Sgt. Pepper’s Lonely Hearts Club Band. As titles go, that one jumps out at you more than 50 years after its 1967 release.

Paul wanted to leave the ‘little mop-top’ Beatles behind for good. 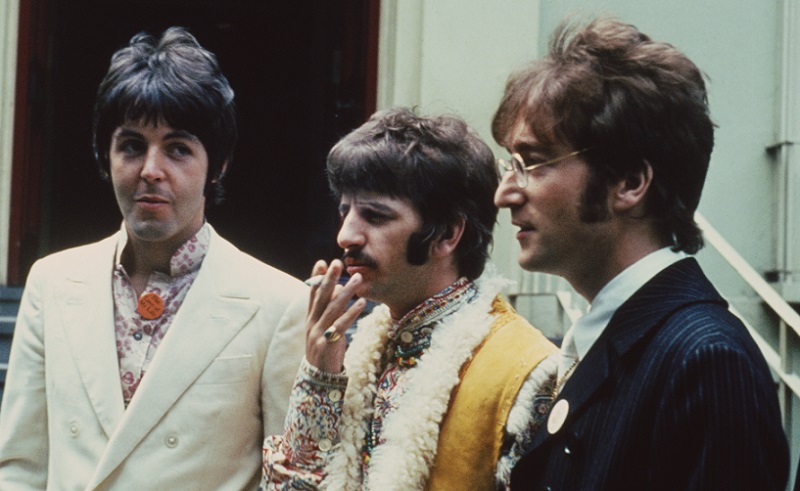 While on vacation in 1966, Paul felt ready to leave the old Beatles boy-band concept behind for good, and he came up with the idea of adopting alter egos. In Many Years From Now, Paul told Barry Miles how utterly exhausted he was with the band of the Beatlemania era.

“We really hated that f**ing four little mop-top boys approach,” he said. “We were not boys,we were men. It was all gone, all that boy sh*t, all that screaming, we didn’t want any more. Plus, we’d now got turned on to pot and thought of ourselves as artists rather than just performers.”

Playing with packets of salt (labeled “S”) and pepper (labeled “P”) on the airplane, Paul came up with Sergeant Pepper and kept going from there. “Then, ‘Lonely Hearts Club’, that’s a good one. I just strung those together rather in the way that you might string together Dr Hook and the Medicine Show.”

As the ’60s wore on, bands had moved away from the short names and began trying out more interesting things. “You know, when people were no longer The Beatles or The Crickets — they were suddenly Fred and His Incredible Shrinking Grateful Airplanes,” John Lennon told David Sheff in 1980.

“So I think Paul got influenced by that and came up with this idea for The Beatles.”

As for the ‘Sgt. Pepper’ band, only 2 songs were in character. 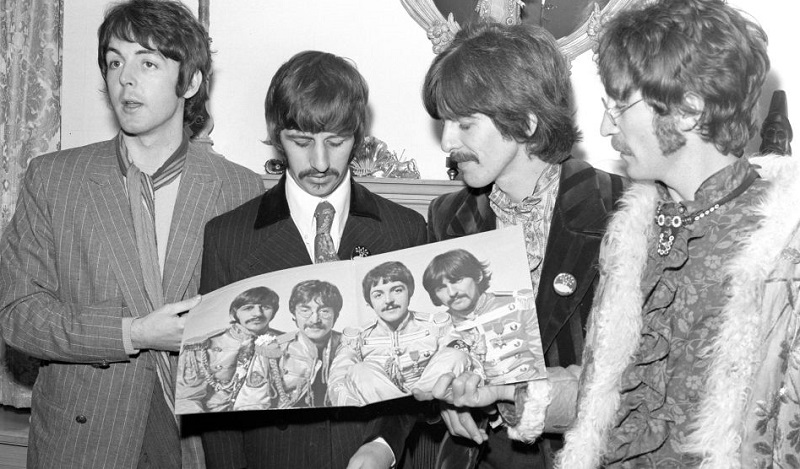 As several Beatles noted later, Paul’s idea for a concept album in the character of Billy Shears and his band didn’t hold for Sgt. Pepper’s. Only the title track and the reprise at the end of the album worked with that premise.

“Sgt. Pepper is called the first concept album, but it doesn’t go anywhere,” John told Sheff in 1980. “All my contributions to the album have absolutely nothing to do with this idea of Sgt. Pepper and his band. Every other song could have been on any other album.”

While that’s true, Paul mostly achieved his goal with the band’s first album after they’d given up touring for good. On the next album, he took the band even further out on its Magical Mystery Tour.

Even though the film was a flop and The Beatles would turn back to more rocking material on The White Album, the Fab Four had certainly left the mop-top days behind for good.

Also see: Why ‘Penny Lane’ Took The Beatles So Long to Record