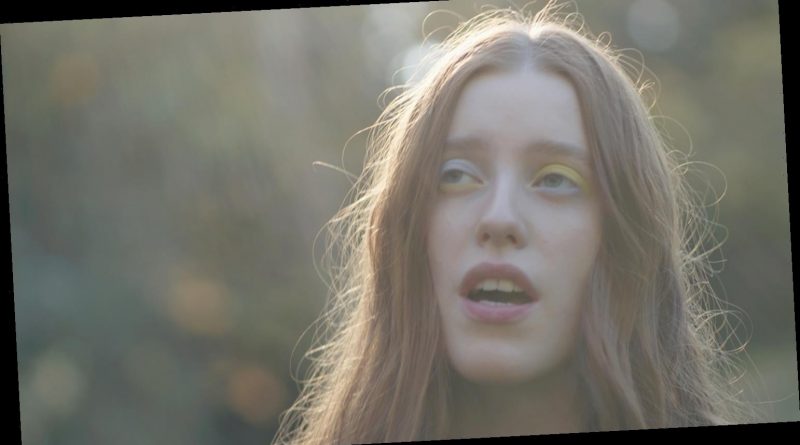 Love is a powerful thing. For Willa Amai, as powerful as the ocean.

The budding songstress, 16, premieres the music video for her track "Ocean" with PEOPLE as she opens up about dealing with her anxiety and her high school love story with her boyfriend — whom she wrote her new song about!

"A lot of my songs have a really kind of prevalent darkness in them because music for me is how I express myself," she tells PEOPLE exclusively. "For the most part, my anxiety. And so, you'll hear that in a lot of my music. But with 'Ocean,' it was one of the first times that I was overwhelmed with an emotion that wasn't anxiety, frustration, anger. It's about love. My first real love."

The young singer says she wrote the song after looking back at her relationship with her boyfriend, who even after opening up about her mental health struggles, he "stayed."

"It was just a powerful feeling that I hadn't ever felt before. It was overwhelming, all-encompassing," she says. "I really wanted to write something that could express how I felt. And an ocean, something so vast and powerful, but beautiful, felt perfect."

Amai and her boyfriend have been together for nearly two years and she says they met after she moved into a new school and connected with him, who also had moved from a different school.

"We bonded over the fact that we didn't know anybody else," she says. "We are so different in so many ways, but so similar in many others." "He has just made me happier than I ever thought I would be. And I didn't even think that I would have a boyfriend in high school at all, just because I didn't ever think anyone would like me like that," she adds. "I like to talk about my anxiety and I need people around me who can accept me for that and love me despite those things. I just didn't think that I would ever find someone who would love me enough to stay."

While it's her first time really delving into writing about love, Amai says she likes using her music as a mechanism for healing and "talking about my emotions." The star — who's in high school — also recently partnered with the National Alliance on Mental Illness as an ambassador to help students access mental health resources.

"One of the biggest things that I want to convey with my music is that it's okay to not be okay, because nobody is okay all the time. And it only makes it worse when you believe you're alone," she says. "I feel like I've been able to have a grasp on my mental health and my mental illness, and I want to give that to other people because it's an amazing feeling when you feel like you've achieved that."

"I will sometimes spiral into 'what-ifs' That's my biggest thing. And I can, if I'm in a vulnerable situation, fall into what starts as a snowball and it ends up as an avalanche of what-if thoughts," she says. "And so, yes, music has always helped me to better understand how I'm feeling, but some other things that have always helped me are just the people around me, who I'm so lucky to have."

Along with her music, Amai continues to study and says she's interested in creative writing, along with biotechnology and genetics.

"That fire has been fed by the current situation that we're in. I think that there's a lot of growth to be had in that field, especially because in my lifetime cancer will be cured," she says. "I think we are really close to kind of entering this new threshold of personalized medicine and being able to help people's own bodies fight cancer. I would just love to be in the room when it happens, you know?"

If you or someone you know need mental health help, text "STRENGTH" to the Crisis Text Line at 741-741 to be connected to a certified crisis counselor.