It's been six years since the Victorian-born singer-songwriter's last solo studio album, partly because he waits patiently for songs to "arrive" of their own accord. 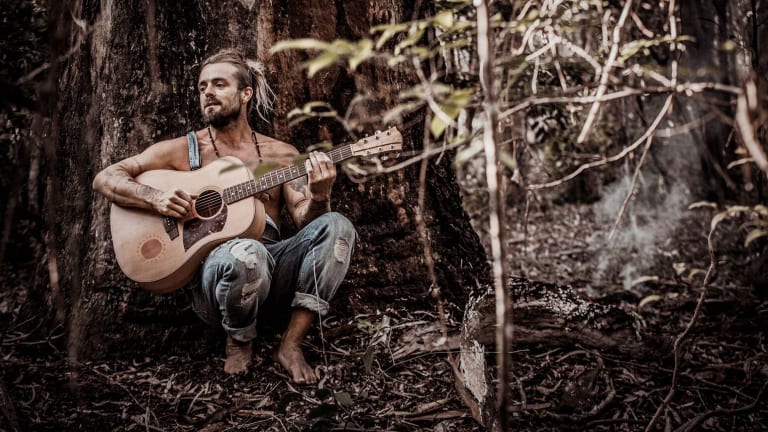 Xavier Rudd waits for stories to “arrive” rather than sitting down to write.

"It sort of happens to me all the time," he says. "Songs just turn up when they're ready. I've never been someone who's sat down and tried to write a song, they just seem to come along when they're meant to."

Storm Boy is his ninth studio album – a perfect companion to his previous work, shot through with environmental messages and pleas for humanity to work together for the common good.

"I love the natural world. I grew up outside, I wasn't an indoors kid," he says. "I love our earth and I have a real passion for it, so naturally I write a lot about that, it's what fuels me."

But on this album he's also praising movements such as #MeToo, where he can see people are bringing about change.

"I believe in those movements. I believe in people standing tall and wanting to make change and making that effort. I respect that because sometimes people feel like they can't but they can. People can do a lot," he says. "We can get so much done together and be open, even in the environmental world, if all the various little groups that are doing great things in the planet linked arms and worked together you can make huge changes."

His ideas and songs may be idealistic but they are rooted in a strong belief in what people can achieve, coming from his two decades spent touring the globe.

"I've spent the last nearly 20 years travelling around playing music and I've seen a lot and done a lot, and I guess I reflected," he says. "Music is my journal so I don't have any preconceived ideas of what I want it to be. I just let it be what it is and it comes out the way it comes out."

Xavier Rudd's album Storm Boy is out now and he will tour Australia in August.