Home » Music » Yasiin Bey Delivers Black Star Album Update: 'When We Ready With It, You'll Get It' 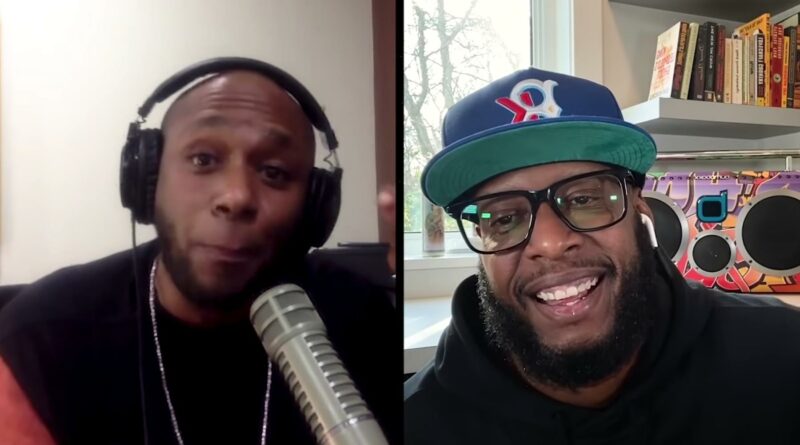 Yasiin Bey offered a frank assessment on the status of the new Black Star record, saying it’ll arrive when he and Talib Kweli are ready for it to arrive, and no sooner, during an appearance on Kweli’s People’s Party podcast.

The follow up to the duo’s celebrated, and so far only, album — 1998’s Mos Def and Talib Kweli Are Black Star — has been in the works for years, with news that lauded beatmaker Madlib was producing the entire album stoking the anticipation. When Kweli brought up the record’s status on People’s Party, he posed the question in a way that suggested part of Bey’s reluctance to release at the moment was due to issues with how much money artists get from streaming platforms.

Big L Is 'Rap Royalty.' Why Is His Legacy in Disarray?

“You mean to tell me that the source of labor at the center of this experience is supposed to be satisfied and grateful with receiving a portion of a penny for their efforts and labor?” Bey said. “Now whoever else is happy with that, then that’s you — you can take your labor to the market however you see fit. But when it relates to something that I’m doing and that I’ve been doing, I don’t have to ask your permission. I don’t have to get your understanding, and if I’m ambivalent, or something just don’t feel right and I’m searching for a better way to do it, that’s completely my volition.”

Later, Bey professed, “If you’re trying to tell me that I gotta put it out on your schedule and not get paid what it’s worth, but what you tell me it’s worth, then we always gonna have a fucking problem! Because my grandma wasn’t a sucka, and I don’t come from sucka people.”

Bey was even more candid about how he felt about the constant clamoring from fans. While he acknowledged that the audience has an important role to play in music, he said, “I’m not here to be run by the audience’s expectations. Because I have my own needs, you have your own needs.”

He added later: “I appreciate your enthusiasm, but that shit is not a steering wheel on my back for you to start fucking spinning it and doing donuts, like I’m disappointing you. If you want the next Black Star album that bad, then you make it! Oh, that’s right, you can’t. So just chill out until we get the shit sorted out because who the fuck is more essential to Black Star than Black Star? I get it, we want it too. You think you want the album more than us? Knock it off. You did not spend the hours with that music, or those ideas.”

Ultimately, Bey promised Black Star fans, ”When we ready with it, you’ll get it. We’ve already given you real enough indication, what the fuck else do you want? Madlib actually played a Black Star song at a gig! We not joking with you, it’s not hype.”