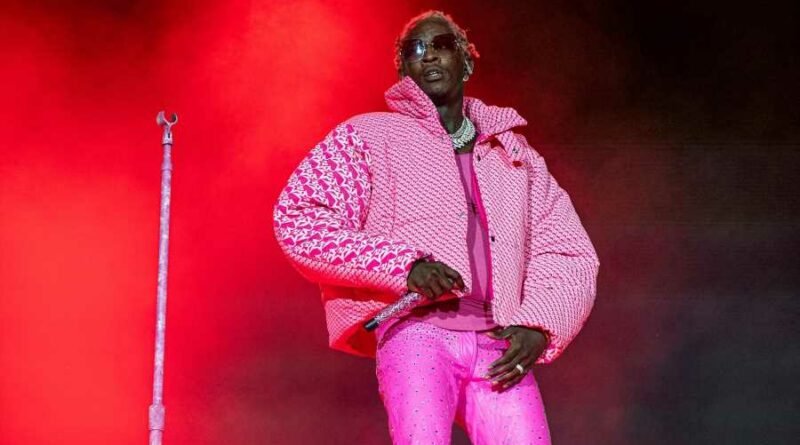 Young Thug’s lawyers say the Atlanta rapper is being held in “dungeon-like conditions” and deserves release on bond or more humane conditions while fighting what they call his “unconscionable and unconstitutional” RICO indictment.

In a new emergency motion filed Friday and obtained by Rolling Stone, lawyer Brian Steel says his client is being held in “solitary confinement” in a “windowless cement compartment with only a bed and a toilet and an overhead light which remains on 24 hours per day.”

He says the musician, born Jeffery Williams, can’t sleep, rest, or mediate due to the disorienting environment and has “no opportunity to exercise, shower or have human contact.”

“Mr. Williams, an innocent man, who is wholly isolated from the world, must obtain immediate relief,” Steel writes in the motion.

Prosecutors included lyrics from some of the Grammy-winning rapper’s songs in the 56-count indictment involving 28 defendants, including fellow Atlanta rapper Gunna.

Steel blasted the move in his filing, saying Williams was “lawfully exercising his freedom of speech and expression in his profession as a musical artist” when he recorded the songs.

“To weaponize these words by charging overt acts to support a supposed conspiracy is unconscionable and unconstitutional pursuant to the First and Fourteenth Amendment rights under the United States Constitution,” he wrote.