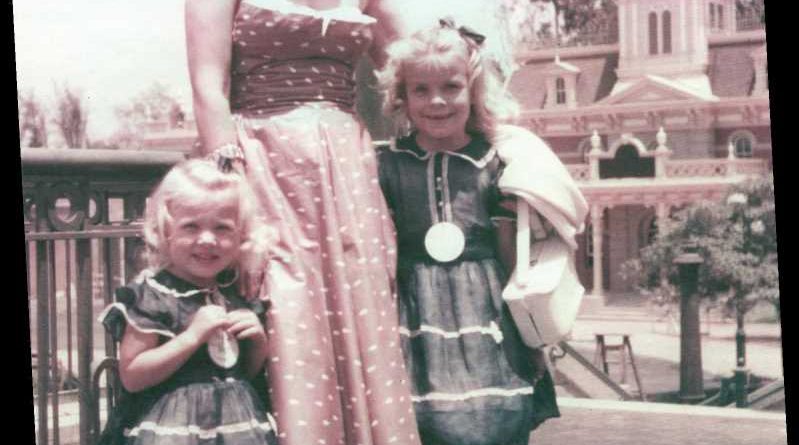 These are the words Kim Irvine says each day as she strolls through Disneyland in Anaheim, California, where she works. Though Kim's mom, Leota Toombs, died at the age of 66 in 1991, she lives on as the face of Madame Leota — the iconic ghost that has been presiding over the park's Haunted Mansion ride since it debuted in 1969.

Disneyland is "so quiet" in those early hours that "you can definitely hear my mom's little voice, ringing out of the hallway," Kim, the Executive Creative Director at Walt Disney Imagineering, tells PEOPLE.

These sweet moments hint at the family's intertwined history with Disney parks, part of which is explored in the miniseries The Imagineering Story, streaming now on Disney+. Over the span of nearly 60 years, three generations of women — Leota, Kim and Kim's daughter Ali Irvine-Wheele — have all served as Imagineers, the artists whose behind-the-scenes design and development bring "the happiest place on Earth" to life. Now Kim and Ali are opening up about their family's legacy to PEOPLE, in the hopes that it inspires other women to pursue their dreams this Women's History Month.

Their story begins in 1945, before Disney theme parks or Imagineers even existed.

"Leota has quite a story: Mom started as an assistant animator when she was just a very young girl," says Kim. "She was always a wonderful artist."

Working alongside some of the early Disney greats in the animation department, Leota met Harvey Toombs, one of the main features animators. The duo hit it off during production of a re-release of Pinocchio and married in 1947. The following year, Leota stepped away from Disney to start a family, but the Walt Disney Imagineering department — then called WED, for Walter E. Disney — came calling again in 1962. At the time, Disneyland had been open for about seven years, and they needed her help "on a project that they were calling the Tiki Room, which of course we know what that turned into," says Kim. With her daughters in school, Leota went back to work at what Walt Disney called "my Santa's workshop," a lab of sorts tasked with dreaming up Disneyland's innovative attractions.

"He took all of the model builders from the studio, along with a bunch of his animators and background artists, and he created WED Imagineering in Glendale," says Kim. "Mom was one of the first women to actually be part of it." Leota would go on to work not just on the Tiki Room, but also It's a Small World, from the 1964-65 New York World's Fair; an attraction called Great Moments with Mr. Lincoln, which included an animatronic version of the 16th U.S. president; the Pirates of the Caribbean ride, and of course, The Haunted Mansion.

"Walt always had [us] working on something," Kim says of that formative era. "And in the model shop, you really had the opportunity to do all kinds of things. Nobody was just a painter, or a sculptor, or a model builder — you got to do it all." While Imagineers have historically stuck to behind-the-scenes work, Leota got the chance to be front and center when the Imagineers were testing the effects for a Haunted Mansion character who speaks in a crystal ball.

"Yale Gracey came over to mom and looked at her face," says Kim of her mother's close friend and fellow Imagineer. "He goes, 'Yeah, you've got about the right details. I like your cheekbones. Your eyes are just about the right distance together. We want to try this weird little effect for The Haunted Mansion. Do you want to try it out?'"

"They liked her so much that it ended up being her in the crystal ball, as Madam Leota," Kim says. "Also, the little bride doll at the end as you go up the escalator, that's her face again, and it's also her voice. She says, 'Hurry back. Make sure to bring a death certificate. We're dying to meet you.'" "The voice of Madame Leota on the crystal ball is not mom's," Kim says. "That's actress Eleanor Audley's voice, because they wanted someone that was very commanding and deep."

Growing up, Kim soaked up the exposure to the creative process, asking to visit the shop whenever possible.

"Any holiday, I'd go with her to work," she says. "I remember walking through the warehouse one time, and they had a mock-up of Jose, the main bird in the Tiki Room. One of the animators had him face towards me and mouth, 'Hi, Kim. How you doing today?' I still think of that when I see Jose in the Tiki Room."

Little did Kim know how much those experiences would shape the rest of her life.

"Having an animator for a father and Leota for a mother," Kim says, "I knew I wanted to be an artist, but I didn't ever really entertain the idea of being an Imagineer, just because it would be pretty hard shoes to fill."

That outlook began to change in 1970 when she was hired as a summer intern to help with the launch of Disney World in Orlando.

"They were about eight months from opening, and they needed people to paint," Kim recalls. She ended up helping paint the dolls for It's a Small World.

"I just fell in love with the place, because it's so much fun, and I learned so much from everybody, that a summer intern job turned into a lifetime career," adds Kim, who is now celebrating 45 years with Disney. Years later, Ali was bit by the Disney bug, too.

"When we'd say, 'We're going to the park,' it wasn't like a nature park, it was going to Disneyland," Ali says of her childhood, during which the family took advantage of their free park passes. "It's always been a big part of our family."

So much so that Ali always wanted to be at the workshop instead of school, just like her mom had.

"I would pretend to be sick and go to her office instead of school because it was such a neat environment to be a part of," says Ali. "You just see the magic happening." "Even when I was 10, people would ask me, 'Oh, are you going to be an Imagineer?'" Ali recalls. "Mom has made such a name for herself, that it was like, 'There's no way I can match that.' But doing a lot of art stuff was always a part of my life as I got older. Finally, I was like, 'Okay. I'm going to do this. This is what I really, really want to do.'"

After studying illustration, drawing and painting at Laguna College of Art and Design, Ali landed a gig with Resort Enhancement, which handles the props for all the rides and dresses up the stunning windows throughout the parks.

"I didn't even know she was trying out for it," says Kim.

"I think there was a drive to just to see if I could do it on my own," says Ali, whose shot with Imagineering came in 2017 after she gave birth to her daughter, who she named Leota after her grandmother. "It's very much a family oriented company," says Kim, who points out that other families have had multiple generations work for Disney, but that three generations of women in Imagineering is "unique."

"What I think is really cool is just the example that Ali and I set for following in your parents' footsteps, forging ahead and doing what you think is made for you to do, and just knowing it in your heart," says Kim. A lot has changed over the family's time at Disney. When Kim began, there were 500 people in Imagineering, and now they have more than 1,800. One thing that's remained constant, she says, is the spirit of positive, open collaboration.

As the Executive Creative Director at Imagineering, Kim juggles about five projects at a time and coordinates plans with other departments, such as food and merchandise, "because our designs always have to work for everybody."

That includes the most important group of all: Park-goers.

"I spend a lot of time walking through the park," Kim says. "There isn't a day that I don't spend at least an hour out there. As a mentor to the younger kids, I tell them constantly, 'You've got to know your audience and understand what they like to ride, what they're saying about the attractions, what food they're gravitating to. Be out there in the crowd, listening to them and watching how they react to a new walk-around character, or what they're saying when they come out of an attraction after we've changed it." Kim says the loyal Disney fans are "huge critics," and rightfully so.

"Trust me on this," she quips. "Disneyland belongs to our fans — they own that park. We just take care of it for them."

"It's a lot of purchasing of props and getting those props to look like they belong in that land," she says. "I make sure that everything fits in the scene and continues to tell the story we're trying to tell through the whole ride or restaurant or merch shop."

As Kim and Ali work on enhancing well-known spaces and creating new ones with their fellow Imagineers, they hope to maintain the original spirit of the parks.

"Being the caretaker of Disney, you have a foot in making sure that it will always be what Walt intended," says Kim. She had the privilege of learning that lesson from the ultimate teachers. "I always like to remind young people that there are a lot of different kinds of Imagineers: architects, writers, interior designers, audio engineers, effects specialists, landscape architects, sculptors, model builders, construction managers and many more," she says.

The most important thing for Imagineers, the duo says, is the way they approach the job.

"It always feels, I think, to both of us, like we are every day working to give a gift to our guests," says Kim. "It was never about making money. It was never about being successful. It was about bringing happiness to people, and that makes us feel good."