An Inspector calls… at the Allanton Inn in the Scottish Borders, where he enjoys a cosy room and good ale – and admires the upbeat attitude of the owners, despite the troubled times

No one should blame hoteliers and innkeepers if they seem gloomy. Their businesses are open, but they have only a limited amount of space in which to operate — so takings will be down while outgoings, in compliance with the new safety regulations, will be up.

But there’s no such despondency here at the Allanton Inn in the Scottish Borders, just north of Berwick-upon-Tweed.

In fact, it’s all systems go with the help of a big marquee in the garden that looks out across swaying fields of ripening barley. 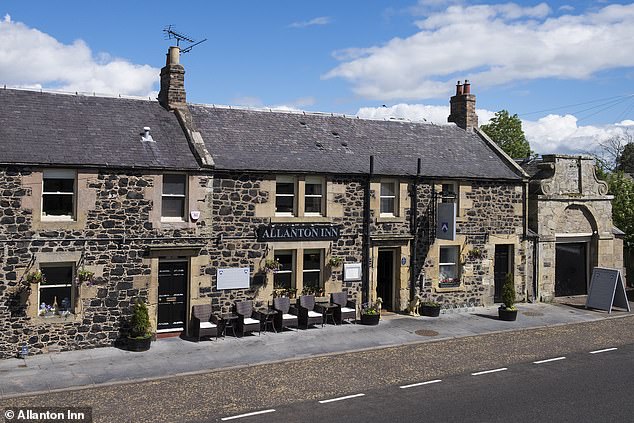 The Allanton Inn in the Scottish Borders, just north of Berwick-upon-Tweed 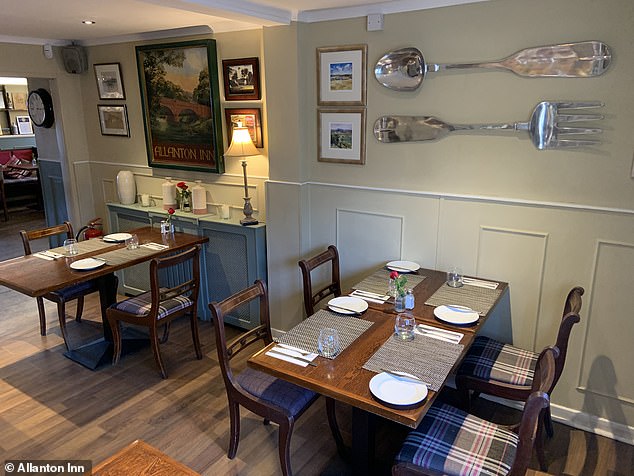 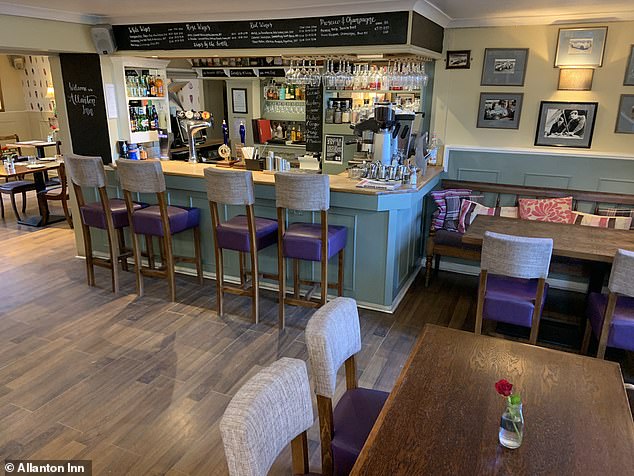 The Inspector had a pint of the local Foxy Blonde, followed by another of Timothy Taylor’s Landlord

‘The tent is a little bigger than we had imagined,’ says Katrina Reynolds, who, with her husband William, has just celebrated ten years running this popular former coaching house, which has six cosy rooms upstairs.

No harm done; the tent creates a sense of occasion, as does the big ‘Welcome Back’ sign and huge selection of gins.

It’s a glorious evening as we observe the one-way system through the bar and into the garden, where I order a pint of the local Foxy Blonde, followed by another of Timothy Taylor’s Landlord. 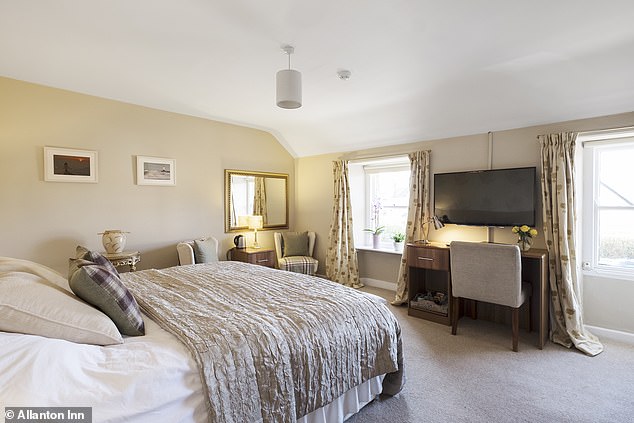 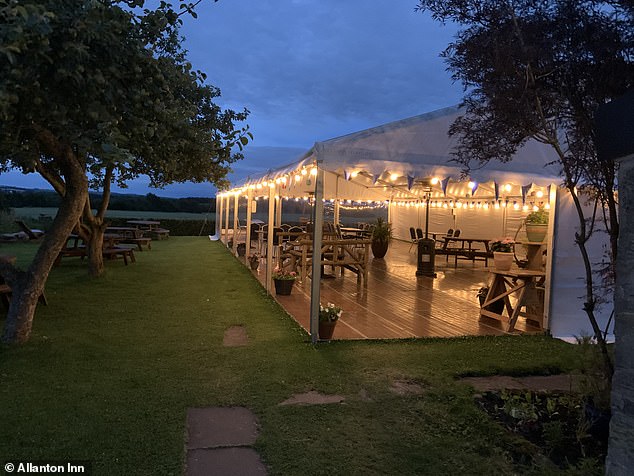 Allanton Inn’s big marquee, which looks out ‘across swaying fields of ripening barley’ 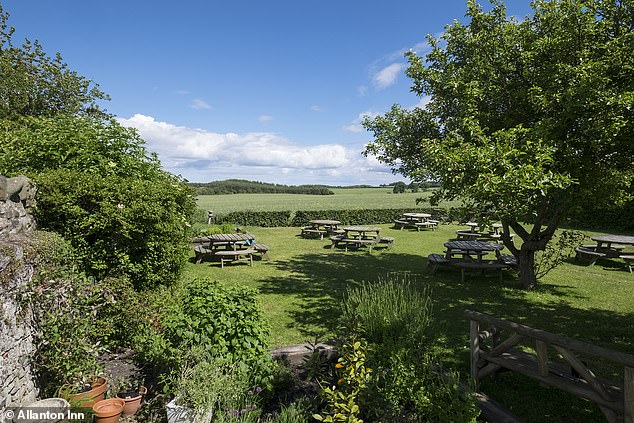 The setting for the Allanton Inn is tranquil and picturesque, as this image shows

There’s a mix of locals and visitors from Edinburgh, about 90 minutes north.

On the way in, there are framed quotes from Sir Walter Scott, who lived nearby, including: ‘O, what a tangled web we weave when first we practise to deceive.’

And in the bar, you can catch up with some of the exploits of Jim Clark, another famous Berwickshire son, who won two Formula One championships in the 1960s before perishing on the track in Hockenheim, Germany, in 1968.

My room is snug, spotlessly clean and cheerful, with a shower-only bathroom that looks out over Allanton’s main street, which seems to attract little in the way of passing traffic.

It’s the chef’s day off, so Katrina is in the kitchen, while her husband and a small team of smiley helpers take orders, fetch and carry. My wife’s sirloin steak is a touch overdone, but I enjoy the slow-roasted beef curry.

Katrina’s back on duty in the morning, rustling up a hearty breakfast and enthusing about the Borders countryside. We both agree that it has a unique, forgiving quality about it. And the Allanton Inn is an ideal base to discover it.