Africa is the surprise hit destination for Brits for summer 2018: Demand for trips to Nairobi and Lagos surge making them more popular than Las Vegas, Sydney and Cancun

Out of Africa? It seems Brits in 2018 are very much into Africa.

The Kenyan city of Nairobi and Lagos in Nigeria are more popular 2018 non-European summer holiday destinations for Brits than Las Vegas, Sydney or Cancun, according to research.

A popular travel site analysed searches made by Brits for holidays beyond the continent in July and August and discovered that demand for trips to Nairobi are up 156 per cent – and to Mombasa on the Kenyan coast by 181 per cent. 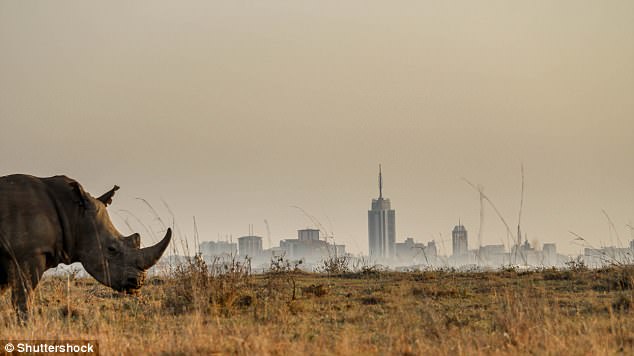 Demand for trips to Nairobi are up 156 per cent and it’s now more popular than Las Vegas with Brits, according to search data

Lagos isn’t far behind – searches for trips to this city have shot up 96 per cent, compared to 2017.

The analysis only came from one search site – Kayak.co.uk – so didn’t include actual bookings, but still, the surge in searches for these African cities is significant.

Demand for trips to Mombasa have nearly tripled in just one year.

It is now Britain’s 44th most popular international holiday destination for this summer – just behind Cape Town – having previously not featured close to the top 100.

Lagos has also made huge strides, jumping from 31st place to 13th when it comes to overall demand.

And Johannesburg is up one place from 22nd to 21st.

The top three most popular non-European destinations for Brits are New York, then Orlando and in third place is Colombo in Sri Lanka, with its tourism boom continuing after decades of civil war. 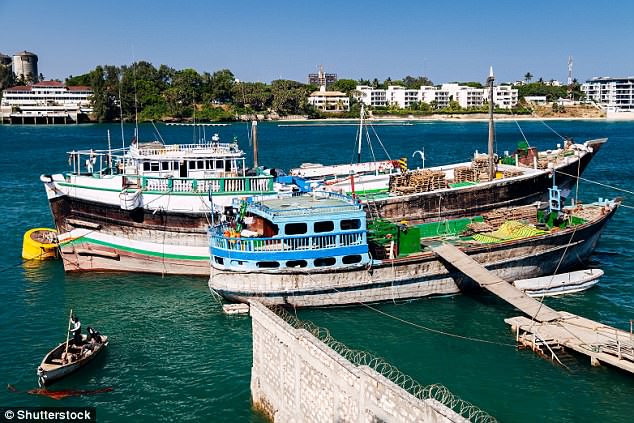 Demand for trips to Mombasa, pictured, have nearly tripled in just one year

The top 50 European destinations for Brits in 2018

Manila in the Philippines, meanwhile, has also stormed into the top ten and is now the sixth most popular international holiday destination, with a year-on-year increase of 69 per cent.

India also saw solid gains in demand, with Chennai up 57 per cent and Mumbai up 30 per cent.

When it comes to Europe, the two biggest trends for this summer are the resurgence of Turkey and the increasing popularity of Eastern Europe.

Istanbul has seen demand increase by 114 per cent this summer compared to last year, rising from the 29th most popular European destination to eighth.

Meanwhile, Turkey’s capital Antalya has seen demand increase by 92 per cent, climbing to 19th place, having previously been out of the top 50.

Bodrum, on Turkey’s southwest coast, has seen its demand increase by 45 per cent, placing it 39th overall.

However, the European destination that has seen its popularity increase the most for this summer compared to last is Bucharest in Romania, which has jumped from 46th place to 15th thanks to a huge increase in demand of 125 per cent.

Also in Eastern Europe, the Albanian capital Tirana has seen demand soar by 76 per cent, moving up to 17th from 41.

The strongest demand at Kayak.co.uk overall this summer in Europe has been for traditional favourites Alicante, followed by Malaga and Faro.

The weakened pound may be one cause of this decline, in spite of the recent rebound.

Neil Cartwright, travel expert at Kayak.co.uk, said: ‘Internationally, there has been a huge shift towards the Subcontinent as well as Africa – the increase in demand for Kenyan destinations in particular is quite sensational.

‘And we couldn’t have predicted a few years ago that Sri Lanka would become Brits’ third most popular international destination overall.

‘This might also suggest that Brits are looking for alternatives to the summer classics and are searching out more exotic destinations that they haven’t visited before. Unfortunately, the USA is the country to be missing out the most. Demand has been falling for a few years now and overall, we are seeing year-on-year declines of around a third to popular destinations.’