Read’s has become a venerable institution. Which is to say that it’s comfortably set in its old-fashioned ways, leaning heavily on the ‘if it ain’t broke’ principle and unlikely to change course any day soon.

David and Rosa Pitchford bought this statuesque Georgian manor house just outside Faversham in Kent in 1999 and have won various garlands, not least The Good Hotel Guide’s 2020 Cesar award in the best restaurant-with-rooms category.

David once held a Michelin star for 20 consecutive years at a previous establishment and shows no sign of letting standards slip. In the cooking department, that is. But we think it’s time to change tack in the rooms. 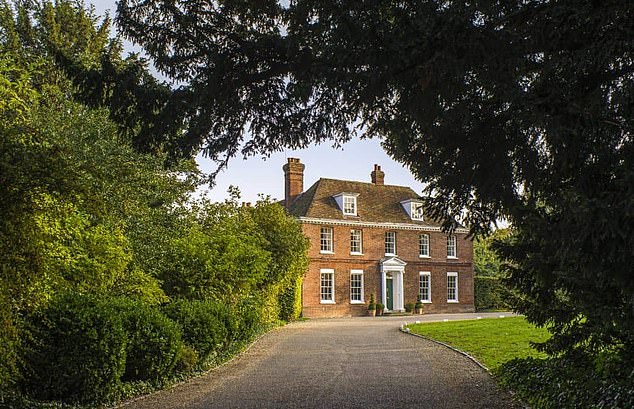 Read’s, pictured, is a statuesque Georgian manor house just outside Faversham in Kent

Ours has a distinct old people’s home feel to it, with a smudgy carpet and fusty canopy over the four-poster bed. The bathroom is spacious, but at these prices we’re surprised there’s no shower above the bath.

We open the bedroom window wide to get some air in the place but there’s nothing we can do about the tiny TV except remember to pack binoculars next time.

This is the one occasion when a TV is important because after dinner we want to watch — live — The Trial Of Christine Keeler. Outside our room is a pantry with a fridge full of drinks and all kinds of teas and coffees. You help yourself and jot down what you’ve taken.

Read’s is a nothing-too-much-trouble sort of establishment; even so, we can’t quite bring ourselves to request the lights be dimmed in the dining room (even though each table has a candle), in case everyone else likes the brightness. 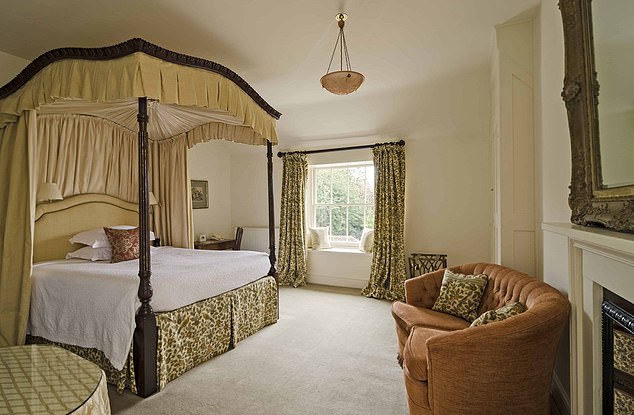 One of the rooms at Read’s. In the Good Hotel Guide’s 2020 Cesar awards, it won the best restaurant-with-rooms category

Both the three-course a la carte menu or tasting menu cost £65 per person. We go with the former but it’s annoying that the fillet steak embellished with creamed mushrooms and spinach mousse warrants a £6 supplement.

And it seems unfair that even if you have just two courses — as we do (owing to our appointment with Miss Keeler) — the price remains the same.

We go down for breakfast at 8am but not a soul is to be found. Eventually, David’s car comes up the drive. ‘We didn’t have any requests for early breakfast,’ he says. Not sure 8am can be classed as early but we go to inspect Faversham High Street before returning for perfectly cooked scrambled eggs and deliciously fresh coffee.