Some bemused holidaymakers are already commenting that the warning signs have been put up above or next to advertisements for cheap drinks which, they say, are the root of the problem in the first place. 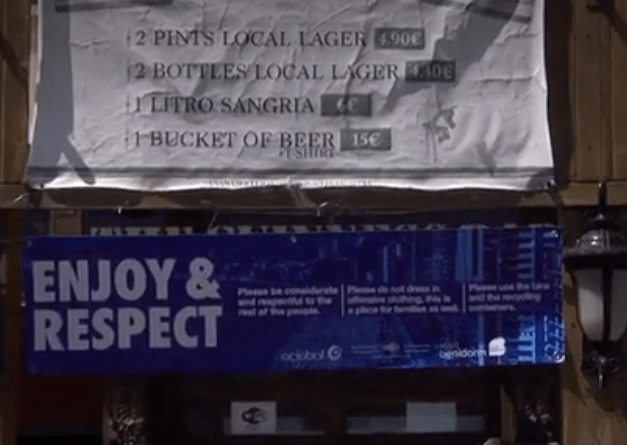 One resident said: "They are a waste of time and money.”

The campaign, specifically aimed at British visitors, coincides with the start of the busy season for hen and stag parties which in the past has led to rowdy scenes and drunken behaviour.

The "enjoy and respect" banners have gone up in pubs in the beach area of Levante and along one of the most popular drinking streets, Calle Gerona.

Benidorm had already announced its intention to crackdown on drunken antics in a bid to stop bad behaviour which is tarnishing the resort's image. 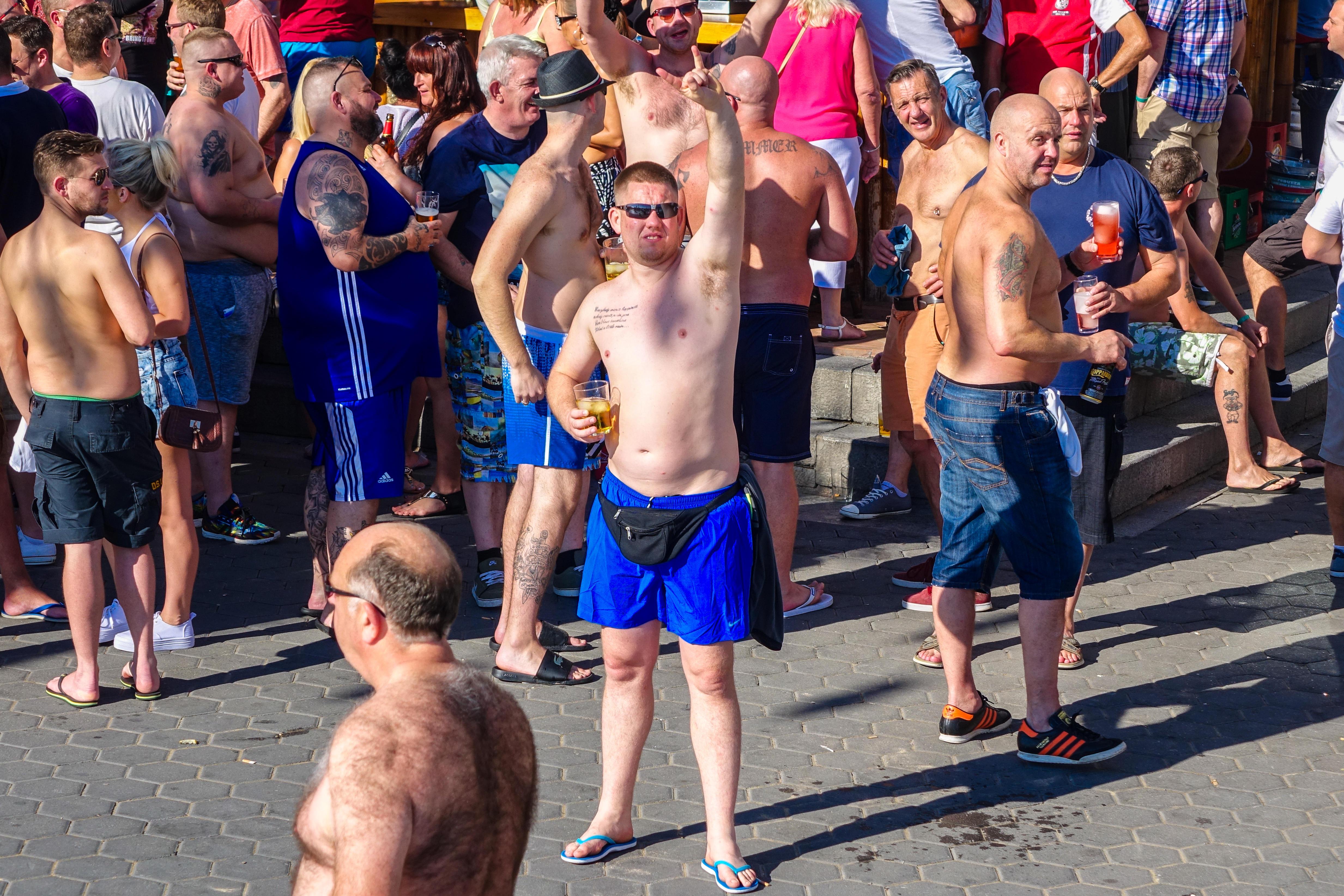 As part of the campaign, the local council says fines will be increased.

Security chiefs are insisting that incidents are "sporadic" but they have now teamed up with the association of entertainment venues Ociobal and the Visit Benidorm Foundation to put up the posters.

A council spokesperson said: "The objective of the campaign is to raise awareness in all the tourist spots – hotels, restaurants and bars – that there is no room in this city for disrespectful behaviour.”

Brits are also being warned not to "dirty or tarnish" public roads as this has an adverse effect on other holidaymakers.

Ociobal ​​says Benidorm wants to take care of its image and it doesn't want to stop tourists having fun – just from being disrespectful.

Security in the resort is being stepped up with more police officers on duty in the evenings and especially around Levante beach.

Thursday to Sunday are seen as key times for extra patrols because of the hen and stag parties.

Mayor Lorenzo Martínez stressed that the Levante zone is a key area "in which the perception of security must be reinforced with agents, but also with clear and direct warnings."

Sun Online Travel previously reported that boozy Brits are turning Benidorm into a no-go area for locals – and residents are calling for tougher measures as a result.