Home » Travel » How Benidorm transformed from sleepy 1920s coastal town to stag and hen do capital rife with nudity, boozing and brawling

But the busy beach resort was actually once a sleepy coastal town – which wasn’t always overrun with boozed-up Brits causing chaos and annoying the locals. 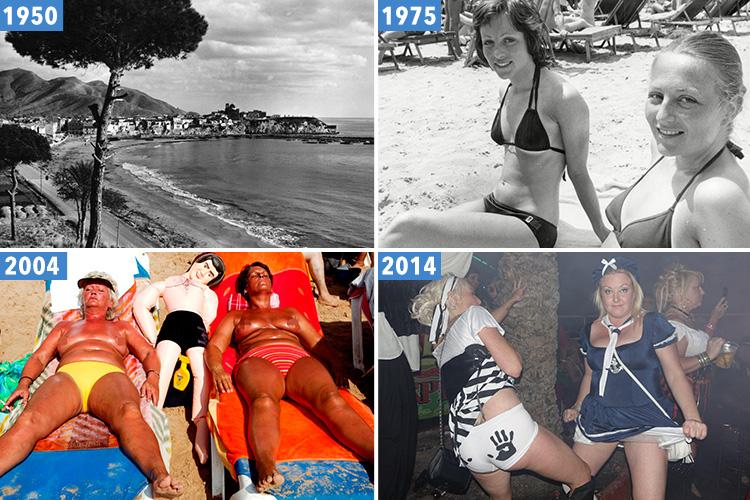 Residents are now complaining over the behaviour of drunken stag parties – and the council is preparing to introduce fines for bad behaviour for drunken Brits.

We take a look at how the holiday favourite was transformed into a magnet for partying, sex and wild antics and filled with high-rise buildings after its humble origins as a small fishing port.

When did people start to visit Benidorm?

The city was once a charming fishing village with nothing much going on but tuna fishing – until the early 20th century. 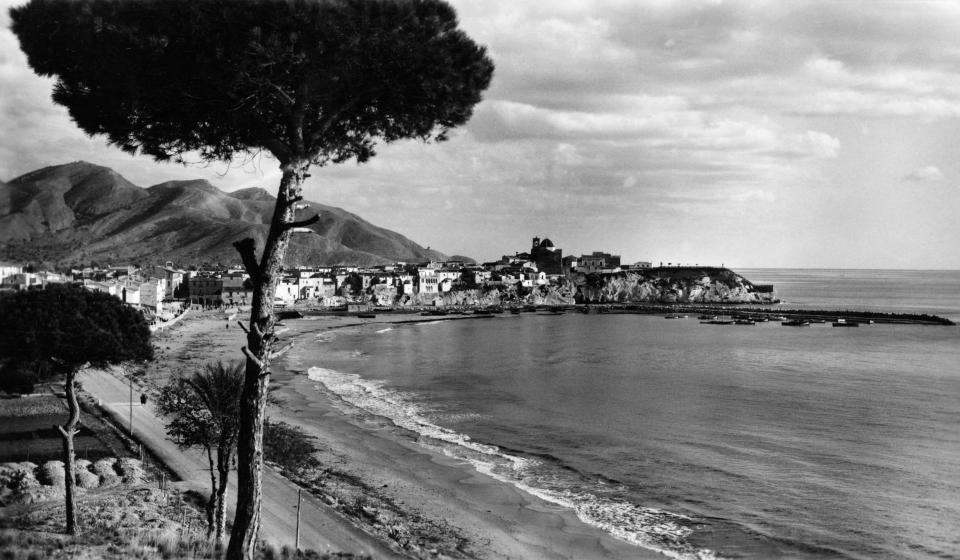 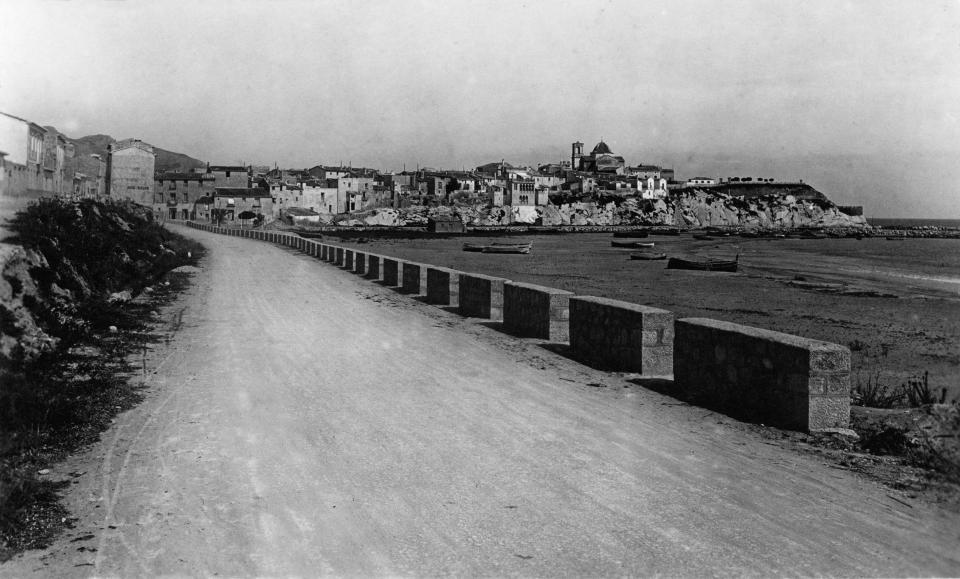 In 1914, a new railway brought Spanish day-trippers to the town, who fell in love with its long sandy beaches.

Benidorm was put on the map in 1925, when its port was extended and the first hotels were built there – although it was still only the Spanish heading there on holiday.

In 1950, Pedro Zaragoza became mayor of Benidorm – and he vowed to put the town of just 1,700 residents on the map.

But there was one problem – you couldn’t wear bikinis on the beach due to the strict fascist dictatorship under General Franco, which was supported by the Roman Catholic church. 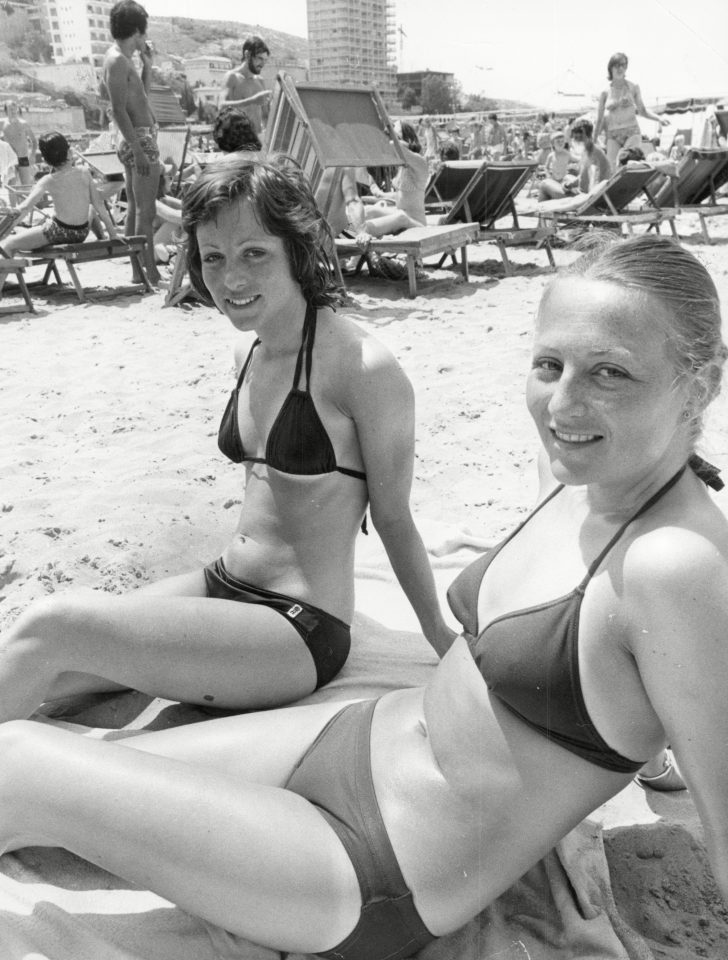 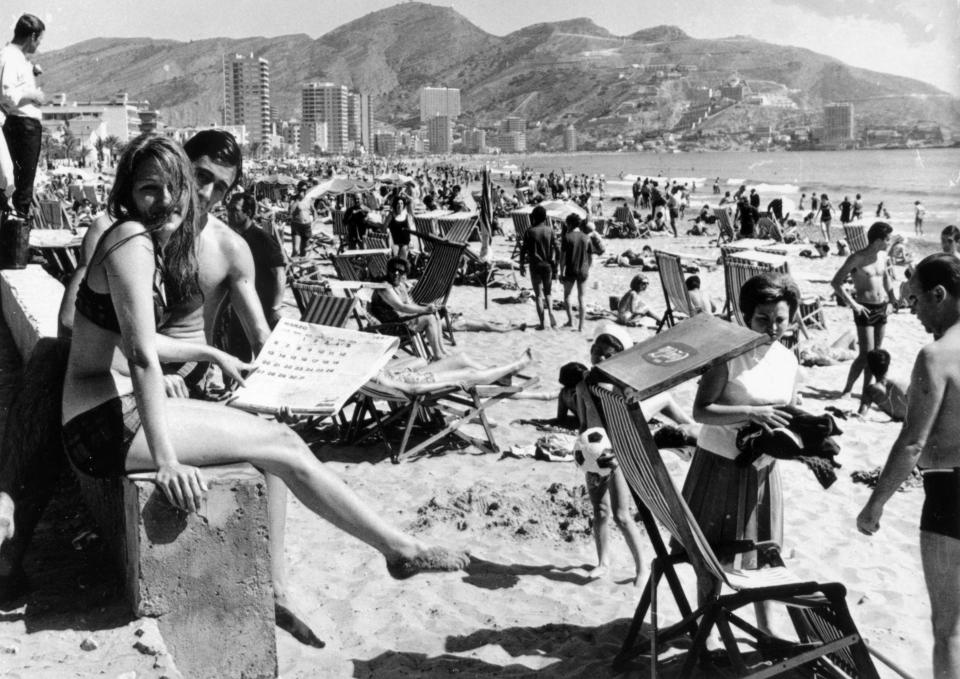 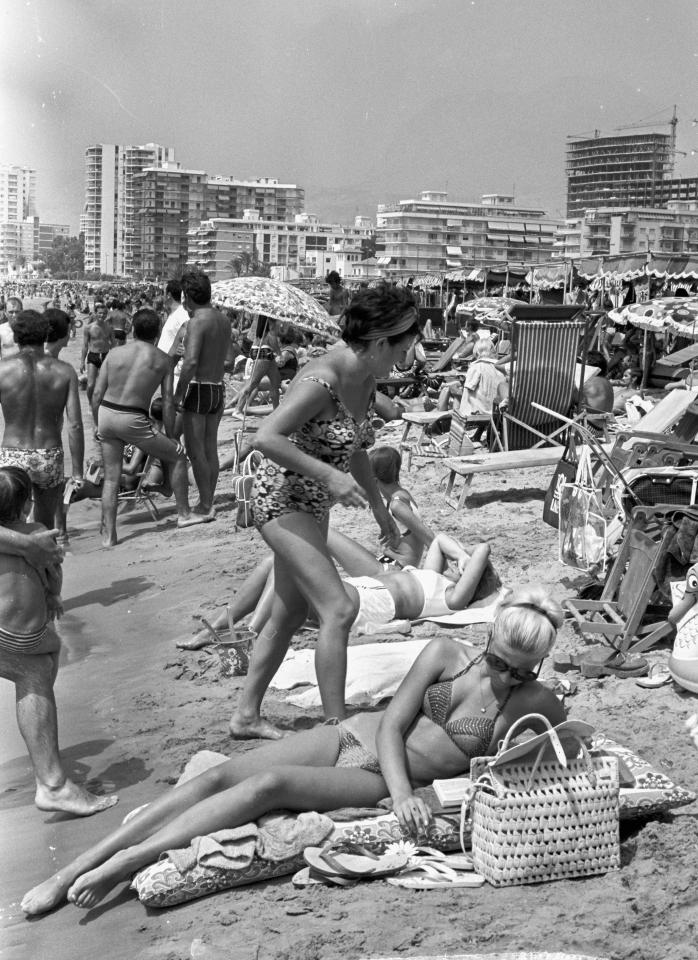 Pedro spoke to General Franco himself personally and managed to get permission for women to wear bikinis, creating a revolution in Spanish tourism.

Gildo Seisdedos, urban planning professor at the IE Business School told the Financial Times: “Benidorm was the creator of the biggest industry in Spain.”

In 1956, Pedro started the Plan General de Urbanismo – focusing on tourism as the fishing industry dipped in profits – and Benidorm started to really boom.

With an influx of visitors from abroad, the town’s tranquil olive groves were paved over, making way for the new high-rise buildings that the now-city is known for.

But Pedro had no regrets about building over the beautiful landscape for the contrete that we know today.

The Guardian reports that he said: “I realised if we built up instead of out, more people could have balconies, fresh air and sea or mountain views… I'm proud of what we did for Benidorm."

And in 1967, nearby El Altet airport opened, fuelled by the explosion in package holidays from companies like Thomson, now known as TUI, with Brits flooding the resort's beaches.

Brits speak fondly of Benidorm’s golden years in the 1970s – especially its discos and cabaret bars that stayed open until the early hours.

The resort was now also filled with British pubs and fish and chip restaurants – a home from home for package holiday tourists from the UK. 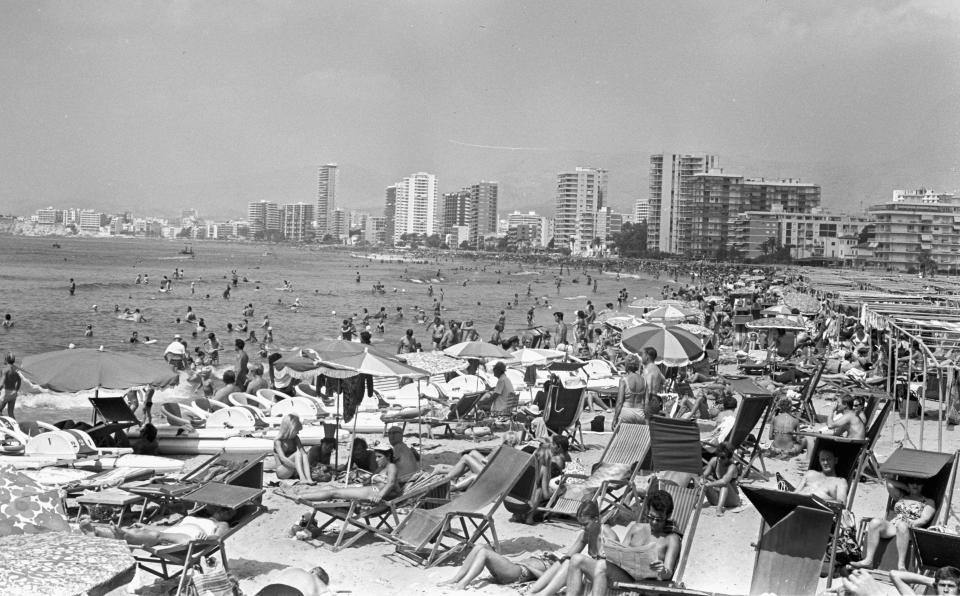 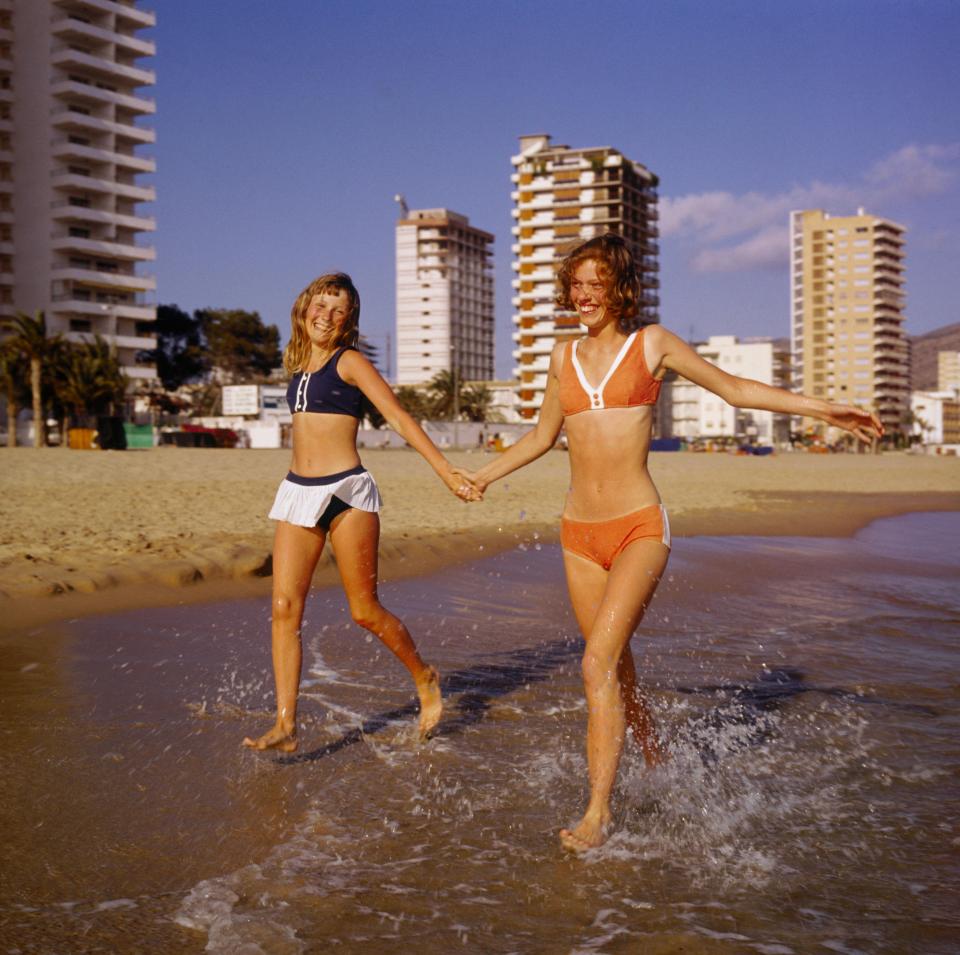 Today, Benidorm has the highest number of skyscrapers per capita in the world.

One TripAdvisor user wrote: “In 1978, overseas holidays were usually a fortnight once a year if you could afford it.

“We were unable to fly with Thomson from Newcastle, and had to get an overnight bus to Luton – home of the package holiday. 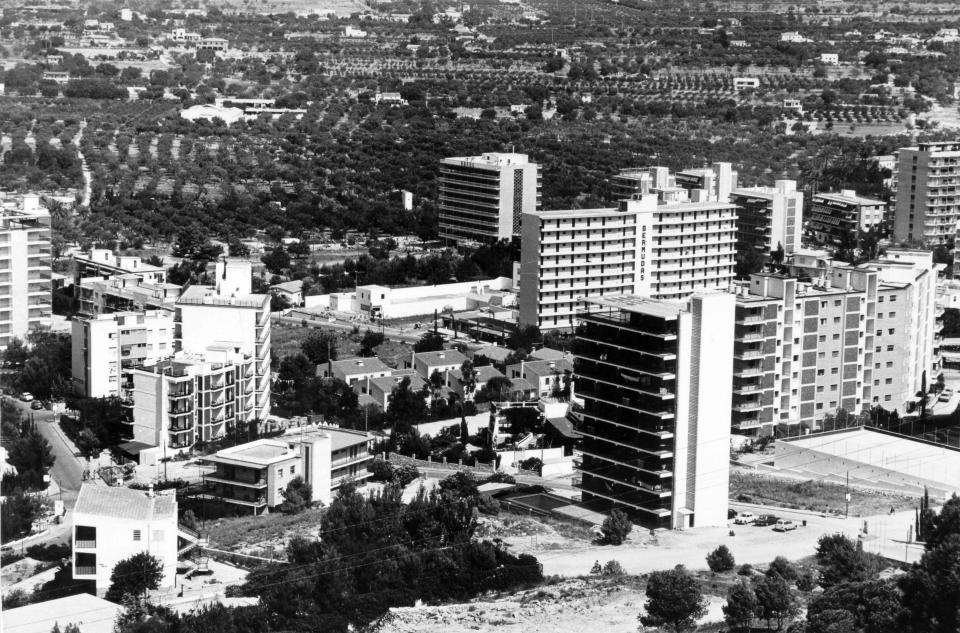 They added: “I remember in those days it was the tradition to applaud the captain on landing.

"Now there are a couple of flights each day from Newcastle and the applause is no more.”

Another TripAdvisor user looked back at the places they used to visit – and lamented the changes.

They said: “A group of us 1970’s workers visited Benidorm in early April 2011, it was fascinating looking what my old work places had become." 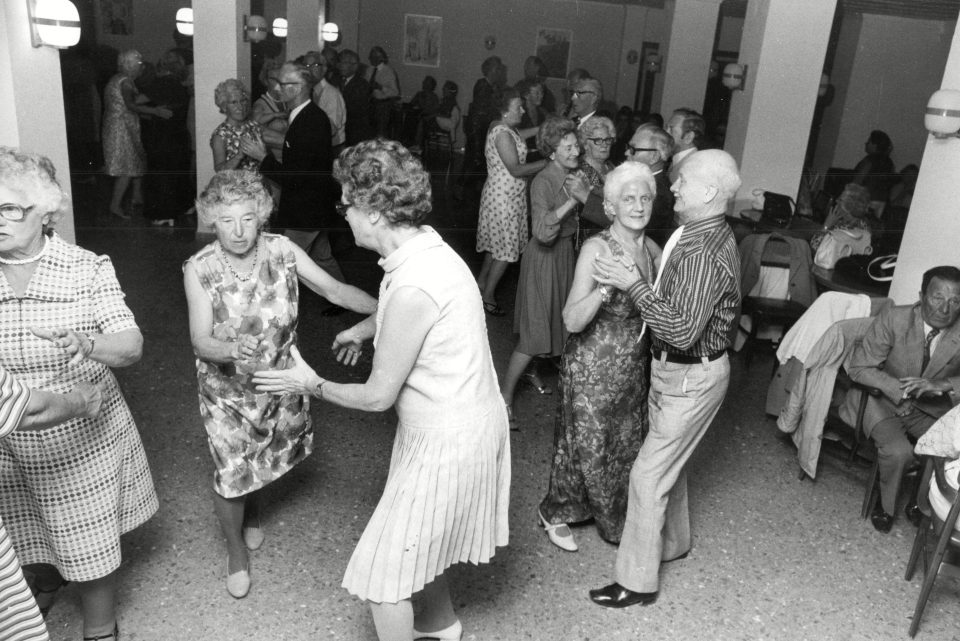 They continued: “The Western Saloon has become Richards New Look Bar, the Istanbul Disco looks like a store for the Hotel Diplomatic, and Tramps Disco is now a lap dance bar.

“Some of the other places where I socialised were still there, but Bar Calou in the old town is now a sex shop, the Ex Bar is bricked up and Jack’s Scottish Bar is now a tile shop.”

After Spanish dictator General Franco died in 1975, attitudes were relaxing towards sex in Spain – with a rise in strip bars in Benidorm as a result. 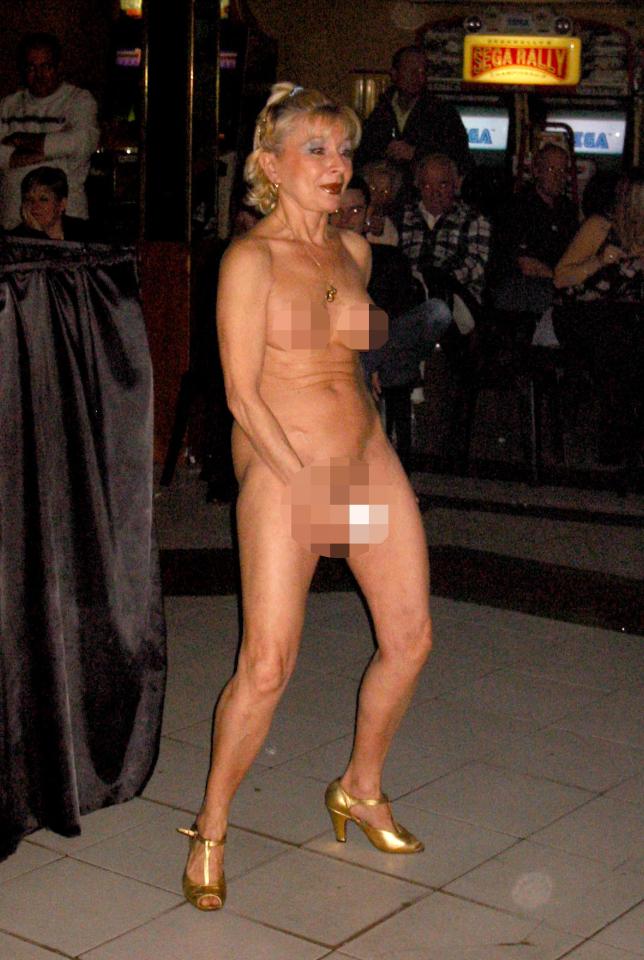 Benidorm legend Sticky Vicky moved to the city at this point to take advantage of the wild nightlife.

Her X-rated act involved the pulling out of objects from her vagina – including lightbulbs, handkerchiefs, razor blades, eggs and sausages.

Vicky performed in the city until 2015 when she retired, and she even featured on the Benidorm TV show. 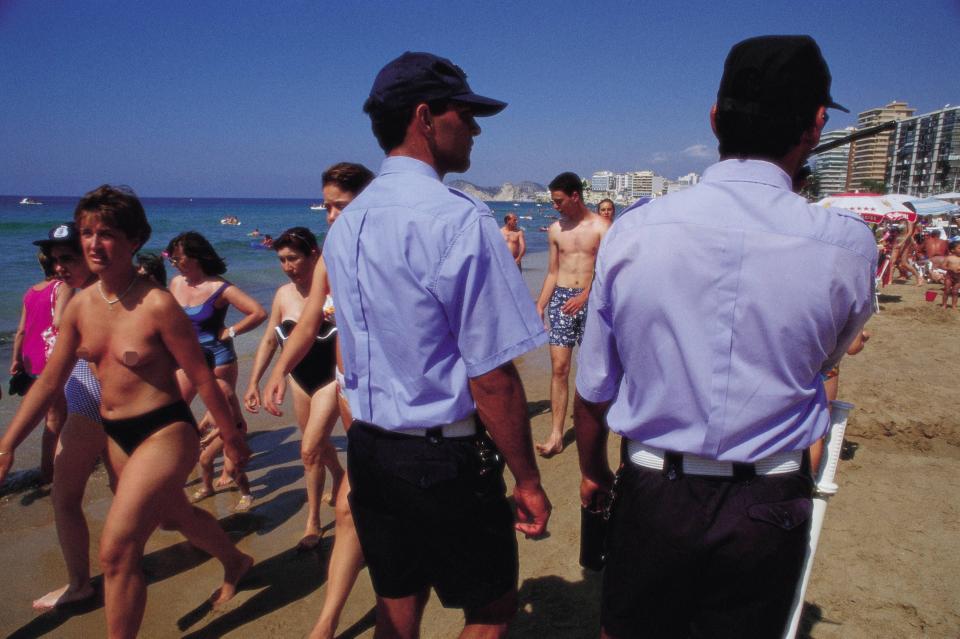 Trainspotting author Irvine Welsh revealed that he took a lads holiday to Benidorm in 1975 and it was as wild.

With things getting more risque on stage in Benidorm, Brits were also beginning to run wild on its streets.

He told Telegraph Travel: "When I was about 17, I went to Benidorm with a bunch of 20 guys and it was a completely crazy, debauched holiday.

“It was a sort of 'idiots abroad'-type trip with a lot of drinking and partying. I’m surprised we came back alive." 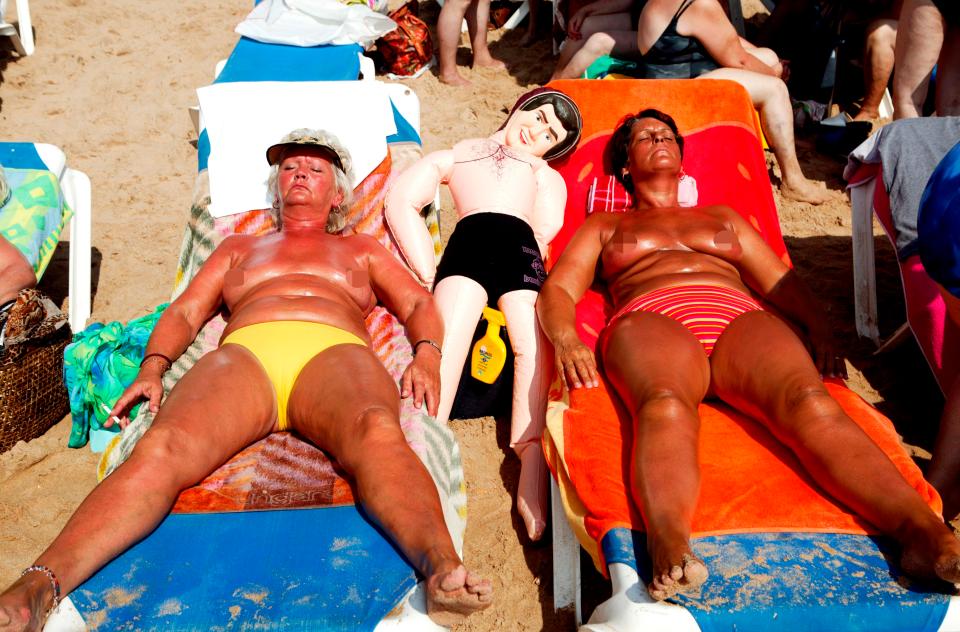 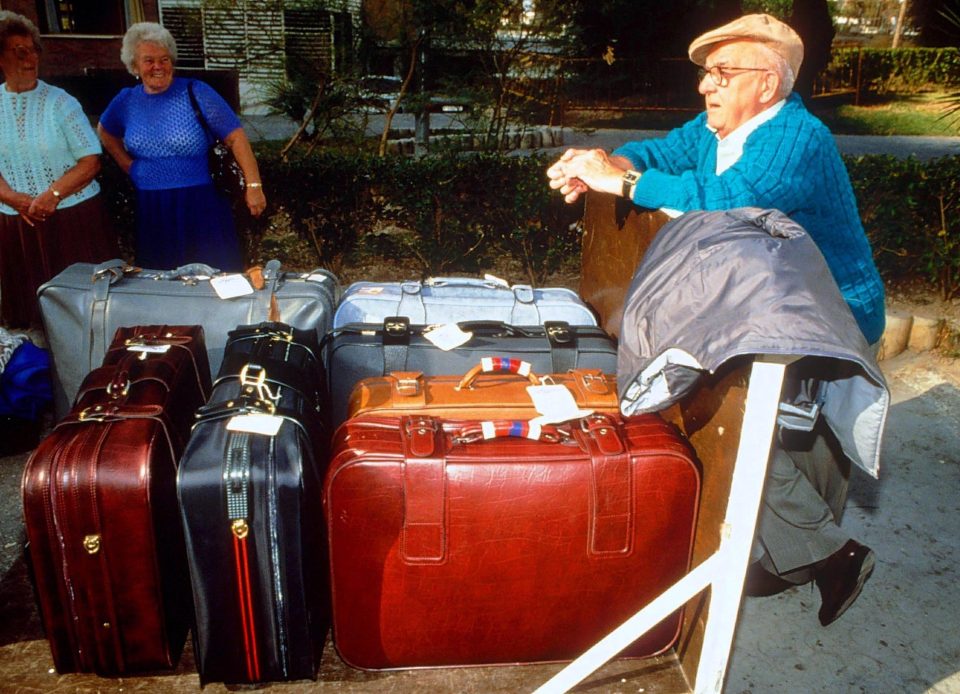 Brits made a bad name for themselves in the 1980s as even more flocked to the resort, as a result of higher wages in the UK giving them more cash to splash.

But this also meant loutish behaviour from groups of youths – which began to become the norm.

Foreign stag and hen dos also became popular, even among the cash-strapped, thanks to the strength of the pound.

Pubs in the so-called British Square were, and still are, where people flocked to for cheap drinks, dancing and to pull after dark.

In recent years things have got out of control when it comes to drunk Brits on holiday and locals have complained about the situation their city is now in. 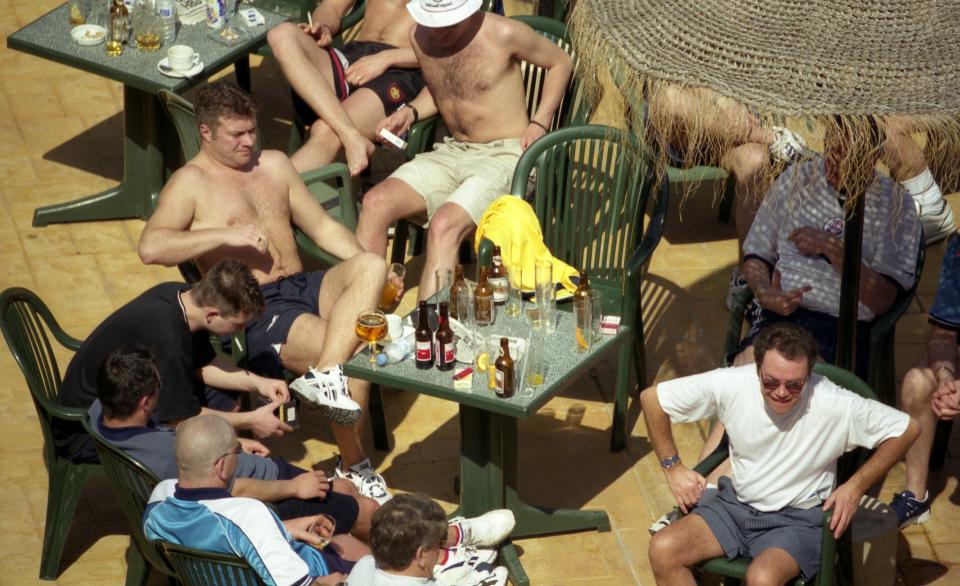 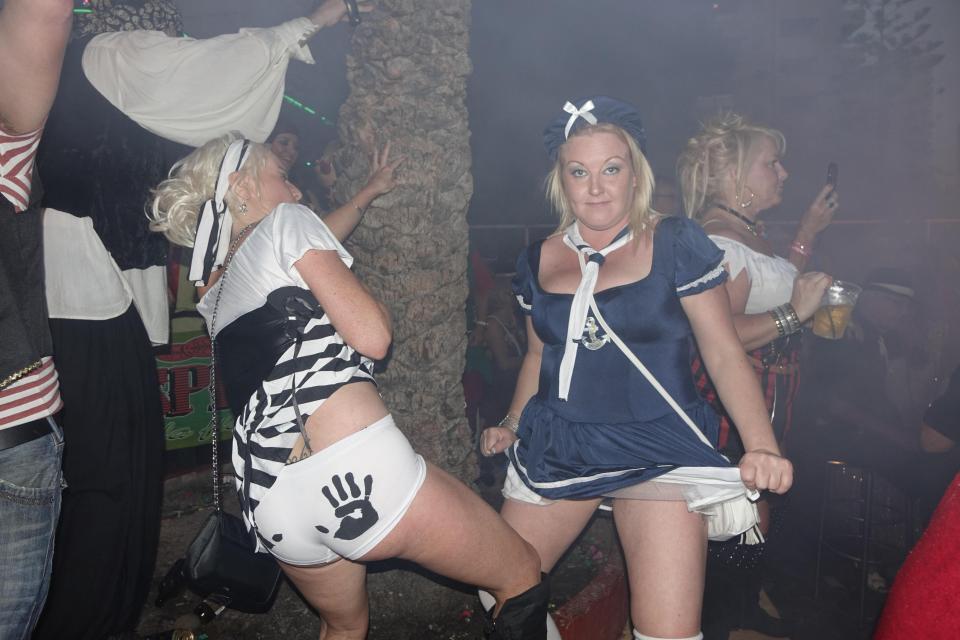 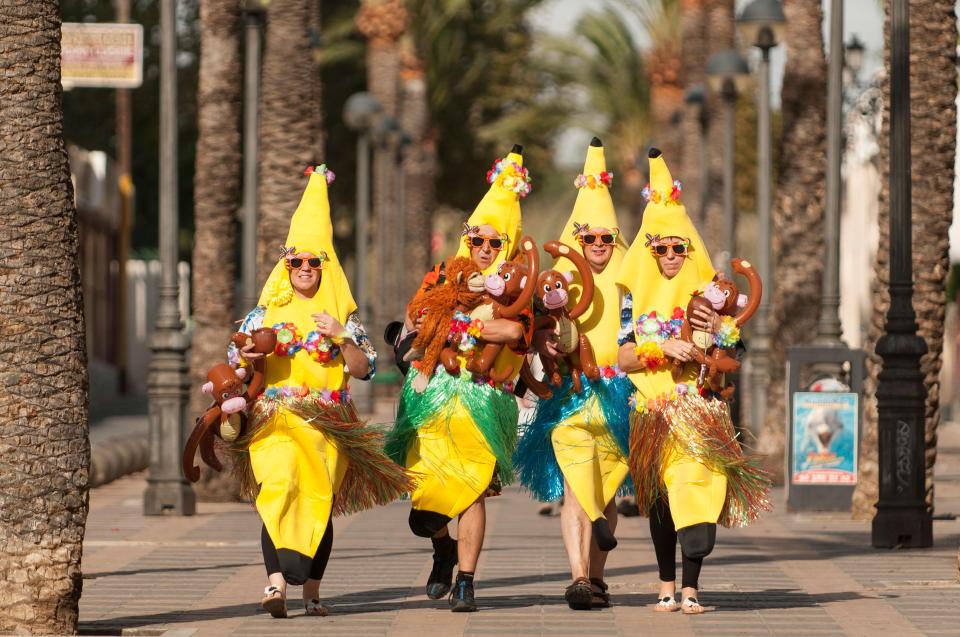 Last year a shock video emerged of a Benidorm holidaymaker having sex with a prostitute in broad daylight.

Brits also flocked to a swingers' club nearby to the town – with hundreds of UK couples have also been posting internet ads seeking a holiday hook-up.

And this week locals are called for tougher measures on raucous stag and hen parties in the area who they say are "uncivic".

In 2016, at the request of local party Ciudadanos, Benidorm council agreed to draw up a list of rules to regulate boozy behaviour – as already in force in Magaluf where tough fines are being handed out. 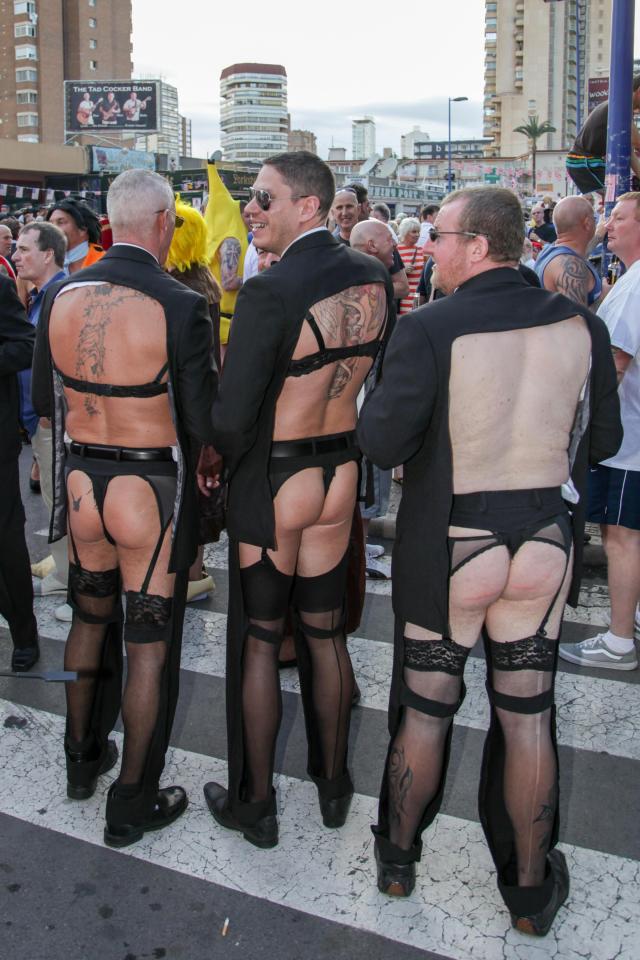 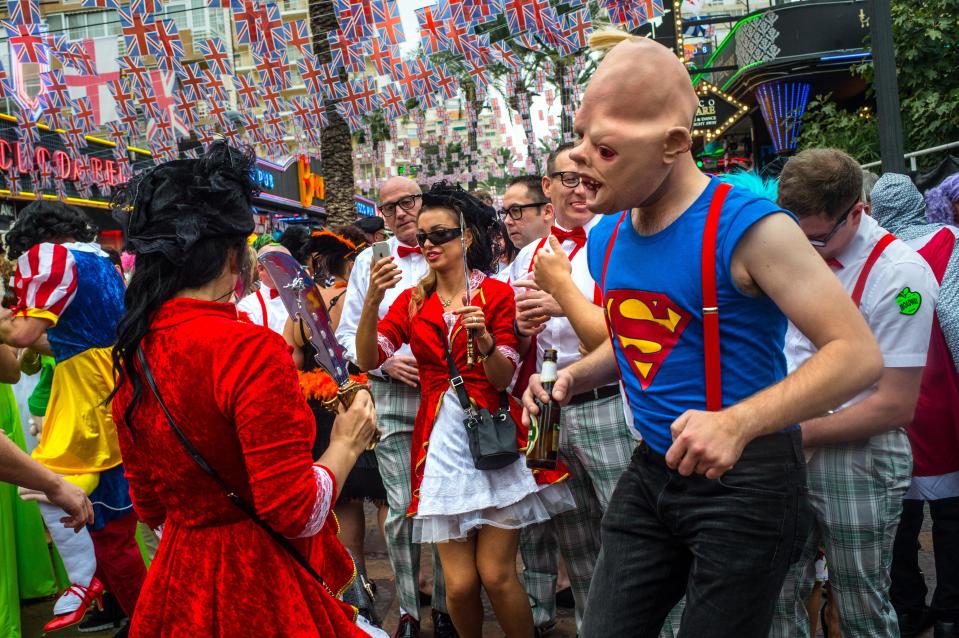 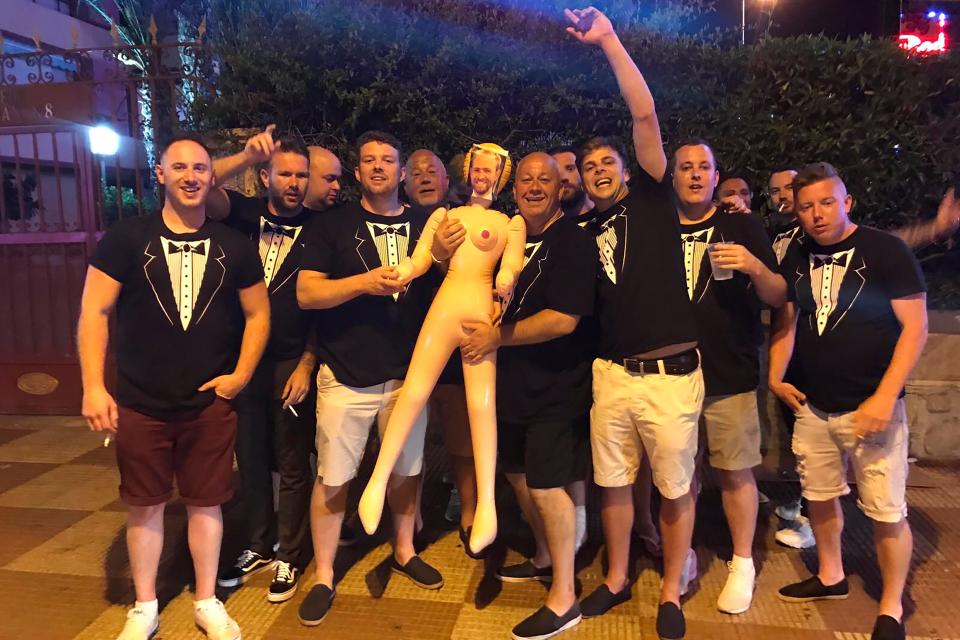 Tourism chiefs say they "won't tolerate" bad behaviour, especially from the Brits who flock to the resort each summer.

Deputy spokesperson of Ciudadanos, Juan Balastegui, said Benidorm has just experienced "a black weekend" and there had been numerous calls to the police.

He said stag parties were currently at their peak with many Brits travelling to Benidorm for their pre-wedding celebrations.

He claimed that in some of the beach areas, young women were so worried that they wouldn't walk near the groups and there was also a general feeling of insecurity. 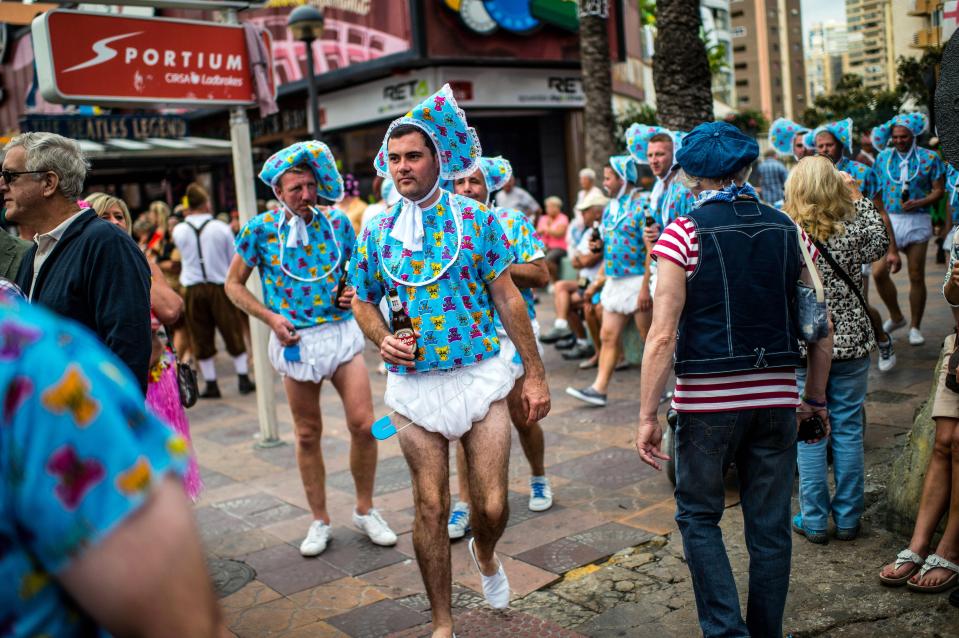 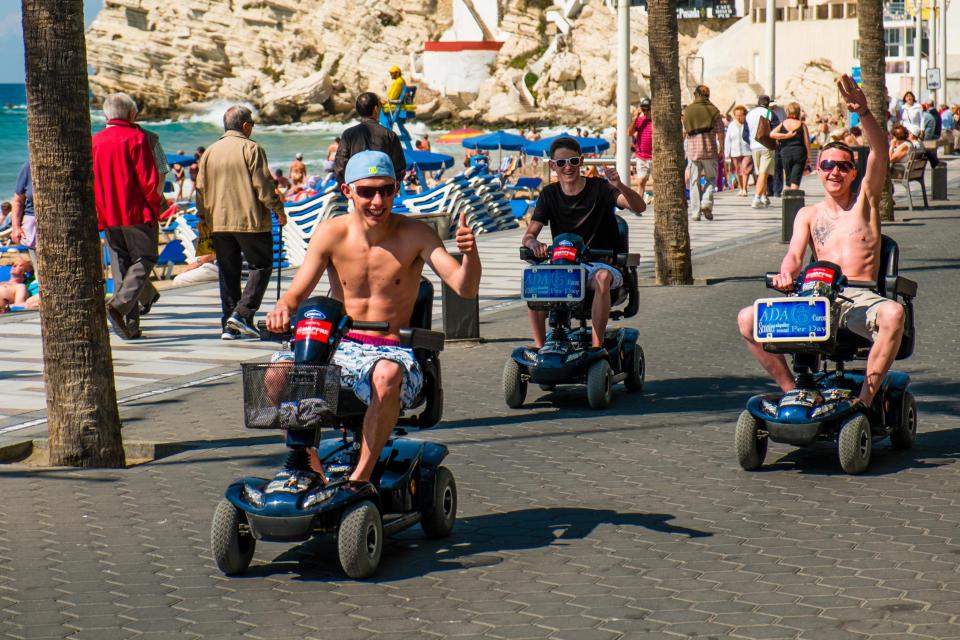 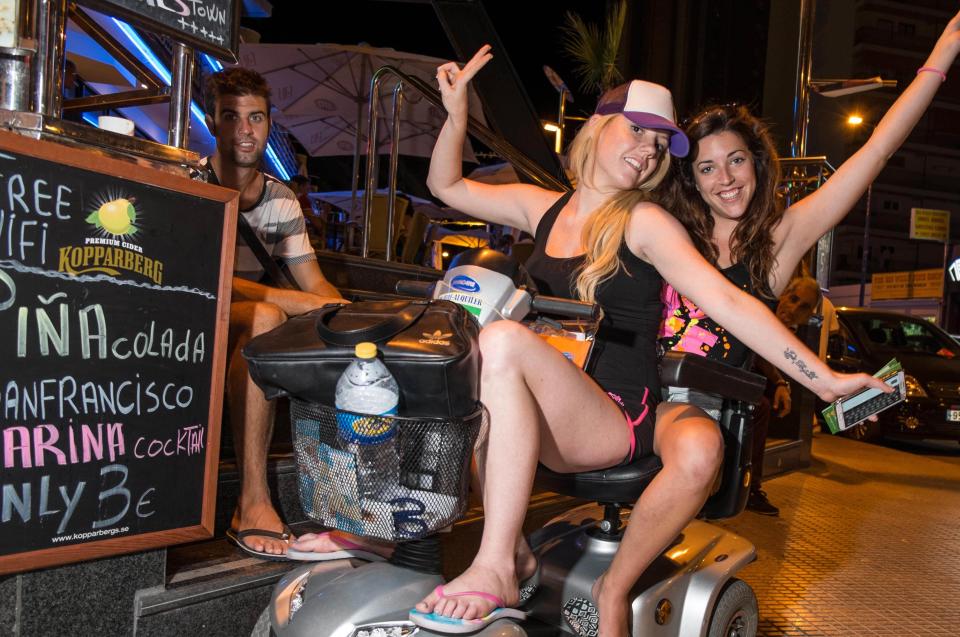 Juan also alleged that some of the tourists ended up in such a state that they had to be admitted to hospital and therefore took urgent beds away from local people who really needed them.

And last week Brits were warned over two incidents – one of which could have been fatal.

In one, a group of lads walking around "half naked" were ordered to cover up or face a hefty fine and in the second, four Brits were arrested as they prepared to scale one of the highest buildings in Benidorm with the intention of base jumping off the roof.

With cheap deals on beer – with pints priced as low as €1 (70p) – the drunken behaviour looks set to continue.

It's all a far cry from the town's origins as a humble fishing village with a beautiful beach – although many Brits wouldn't have it any other way.