Pictures posted by stag parties to social media show men getting hammered on cheap booze before they head to clubs and strip off.

The Spanish resort is a cheap option for Brits who want to look a lads’ holiday away with rock-bottom prices so they can get as drunk as possible with carnage ensuing.

Love Holidays advertises stag weekends in the resort from just £104 per person – and once stags get to Benidorm, there are bars selling pints for as little as €1 (88p) each.

One Instagram user posted about a stag weekend with 57 men attending from the UK.

A video shows men getting rowdy in a club and shouting over the music as they wave their tops around. 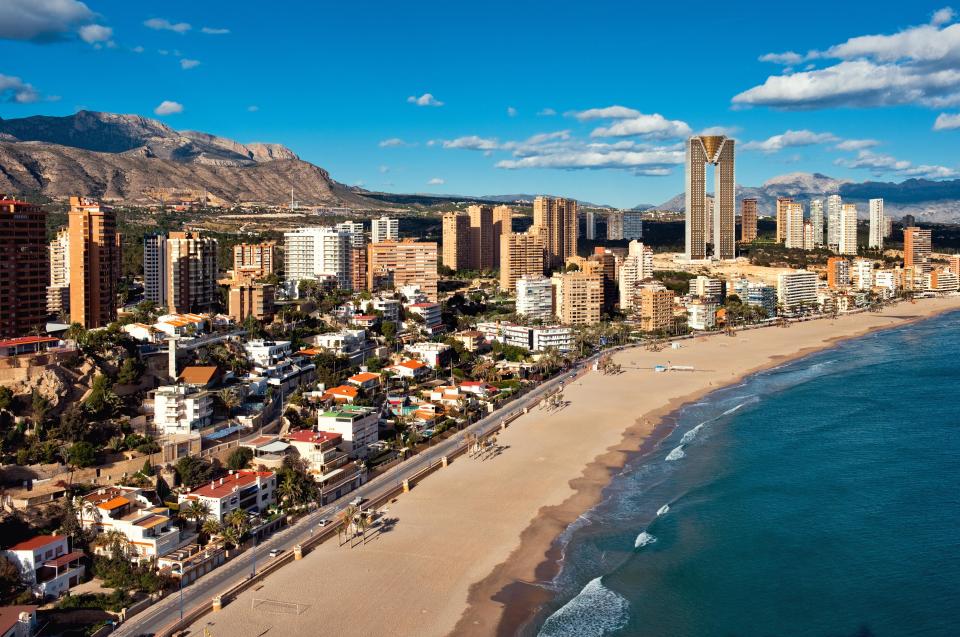 Another photo shows men slumped in the street, having a snooze after a long weekend away.

There’s the grooms-to-be parading along the strip as women, babies or nuns, but locals are mainly worried about the sheer numbers of men turning up in Benidorm for stag do's at the moment.

Residents have been calling for urgent meetings between bar and club owners and the police to curb anti-social behaviour in the tourist resort which, they claim, has rocketed in recent weeks.

The local council recently revealed a clampdown on what is being described as "uncivic tourism" but local party Ciudadanos says much more has to be done.

Thanks for another whirlwind adventure lads ??????

Thanks for another whirlwind adventure lads ??????

Benidorm Stag Do in the books, dear friends no more proposals cause I ain’t going on another Stag #Benidorm #StagDo #MrEvans #WWE #Benidorm #GetMeHome

Benidorm Stag Do in the books, dear friends no more proposals cause I ain’t going on another Stag #Benidorm #StagDo #MrEvans #WWE #Benidorm #GetMeHome

It claims the number of unruly incidents in the last few weeks has exceeded the police presence and wants "more forceful" behaviour.

In 2016, at the request of Ciudadanos, Benidorm council agreed to draw up a list of rules to regulate boozy behaviour – as already in force in Magaluf where tough fines are being handed out.

However, the Benidorm proposal is still out for public consultation and has yet to be finalised.

Tourism chiefs say they "won't tolerate" bad behaviour, especially from the Brits who flock to the resort each summer.

It’s amazing what a bit of lighting can do for your figure ??#stagdo #benidorm

It’s amazing what a bit of lighting can do for your figure ??#stagdo #benidorm

Security has been tightened up on the streets, especially on the key days of Thursday, Friday, Saturday and Sunday.

While officials have admitted that they won’t turn Brits away from Benidorm as they are seen as fundamental for the resort, they have also vowed not to turn a blind eye to uncivilised behaviour.

Fines will be imposed on any excessively boozy bad behaviour.

Some absolute gems from #Benidorm from Charlie’s #stag

Some absolute gems from #Benidorm from Charlie’s #stag

But political party Ciudadanos says the measures are not enough.

Deputy spokesperson of Ciudadanos, Juan Balastegui, said Benidorm has just experienced "a black weekend" and there had been numerous calls to the police.

He said stag parties were currently at their peak, with many Brits travelling to Benidorm for their pre-wedding celebrations.

Juan claimed that in some of the beach areas, young women were so worried that they wouldn't walk near the groups and there was also a general feeling of insecurity.

He also alleged that some of the tourists ended up in such a state that they had to be admitted to hospital and therefore took urgent beds away from local people who really needed them.

Last week Brits were warned over two incidents – one of which could have been fatal.

In one, a group of lads walking around "half naked" were ordered to cover up or face a hefty fine and in the second, four Brits were arrested as they prepared to scale one of the highest buildings in Benidorm with the intention of base jumping off the roof. 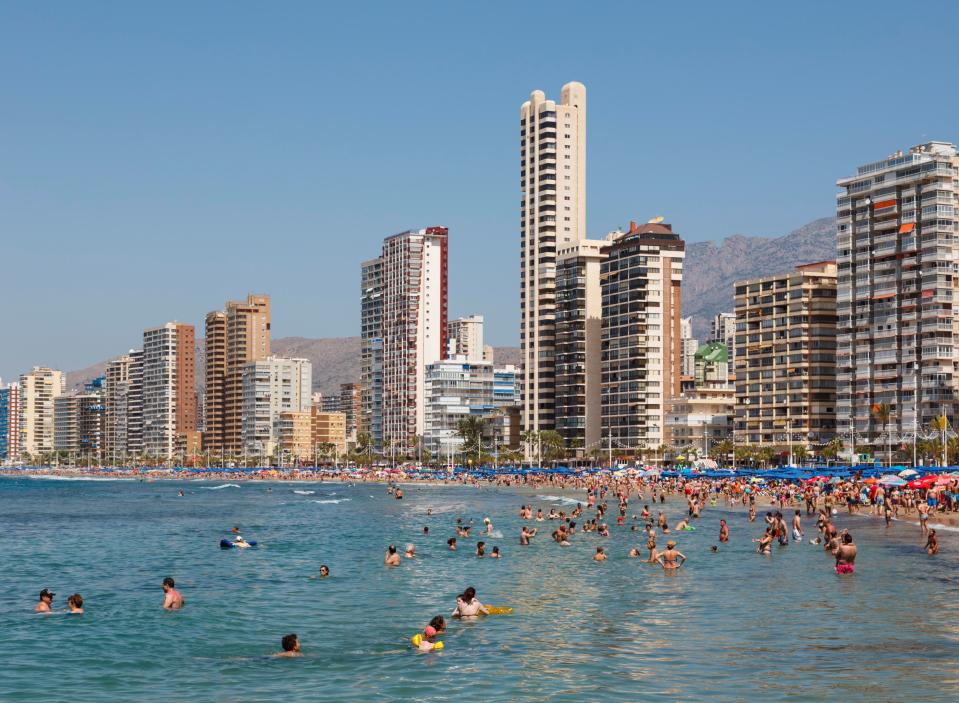 Benidorm's security councillor Lorenzo Martinez said he personally spoke to the group of British tourists who were walking around public streets with very little clothing on.

He said: "This type of action cannot be tolerated."

Police are making their presence more visible by staging early morning beach-front patrols with officers on foot and marked cars.

The council says it wants to put an end to "uncivic behaviour" that is damaging the image of the resort and can even lead to public disorder.

The four Brits caught attempting to make a base jump in Benidorm were arrested early on Saturday morning.

Police said they were taking a video of their exploits with the intention of posting it on the internet. It is understood they had already made several other jumps in the resort, all without permission.