Looking for the best places to retire? Places where a long and happy life is pretty much guaranteed? Well then, you’d better start planning. Turns out, living to 100 is possible, so long as you’re in the right location.

Believe it or not, there are some spots around the world where people are so happy and healthy, they outlive everyone else on the planet. That said, if you want to live your best life for years to come, it’s time to pack your bags and relocate to a Blue Zone (don’t worry, we’ll explain).

What are the Blue Zones? 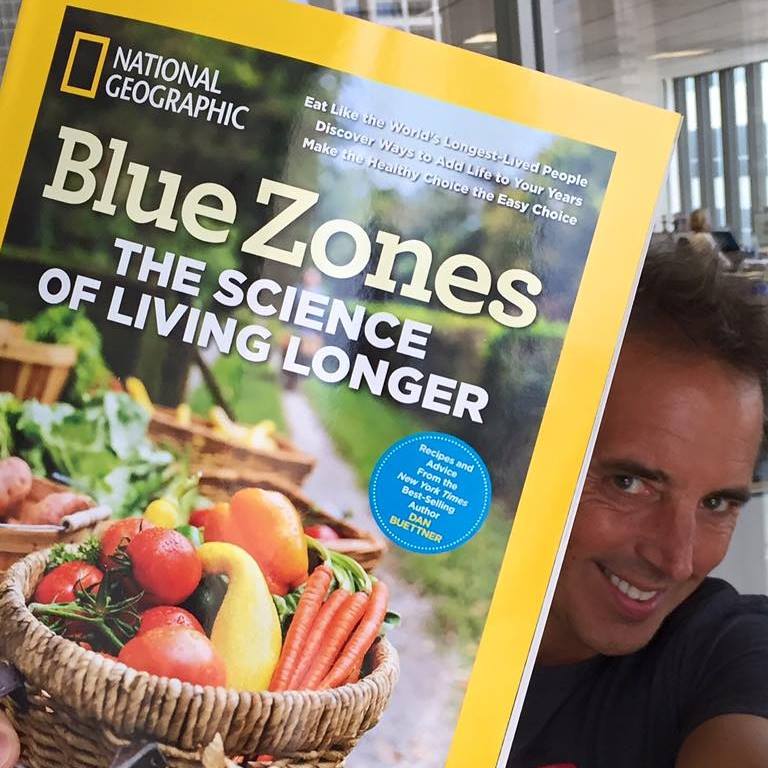 His researched made it into National Geographic. | Blue Zones via Facebook

Researchers Gianna Pes and Michel Poulain first introduced the concept in 2000, dubbing Sardinia, Italy, the original Blue Zone. After identifying the region as having the world’s largest concentration of male centenarians, Pes and Poulain drew concentric blue circles on a map to denote the extreme longevity found in the area. And their findings inspired others to learn more, too.

Drawing upon their research, National Geographic Fellow and New York Times bestselling author Dan Buettner discovered four additional longevity hot spots around the world. And it wasn’t long before Buettner’s hard work paid off; his article, “The Secrets of a Long Life,” graced the cover of National Geographic’s Nov. 2005 issue.

Eager to find out which places around the world have achieved Blue Zone status? Stay tuned.

Next: Time to find out which places around the world make the list. 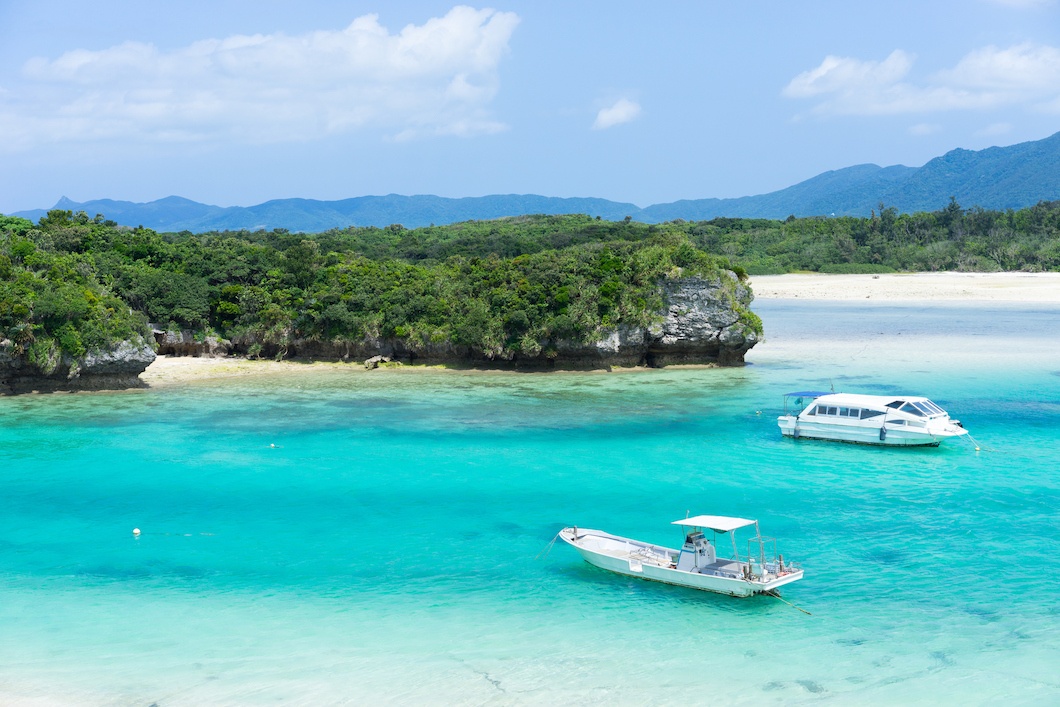 The friendships in Okinawa help give people a support system. | SamSpicer/iStock/Getty Images

Okinawa is a far cry from the typical hustle and bustle of Japan. But travel to the islands at the southern tip of the country, and it’s clear to see these residents live a healthy lifestyle all their own. According to BlueZones.com, “Okinawans have less cancer, heart disease and dementia than Americans, and women there live longer than any women on the planet.”

So, how do they do it? For starters, Okinawans have strong social networks. Called a “moai,” this lifelong circle of friends helps support a person throughout their later years. Furthermore, they have a strong sense of purpose. Called an “ikigai,” this driving force is the reason why Okinawans get up in the morning.

Next: This was the first place to make the Blue Zone list. 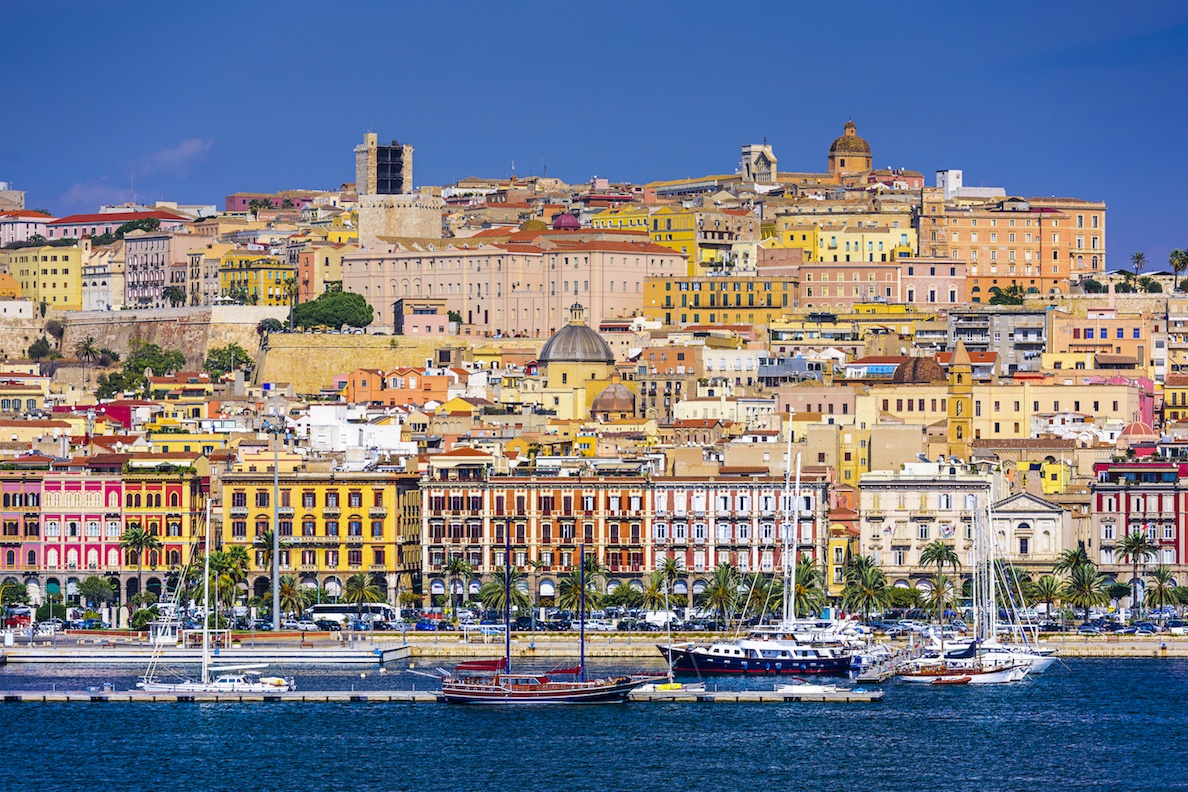 A gene for longevity has been passed down. | SeanPavonePhoto/iStock/Getty Images

As the first Blue Zone region ever identified, Sardinia has almost 10 times more centenarians per capita than the U.S. And they have great genes, in part, to thank for that. According to Time, the “M26 marker, a genetic variant linked to extreme longevity, has been passed down through generations in this secluded community.”

And furthermore, because they’re so culturally isolated, Sardinians live a traditional lifestyle, without any frills. They hunt, fish, and harvest their own food. And what’s more? Well, they love drinking wine and sharing laughs with their friends and family — a habit we can get behind. 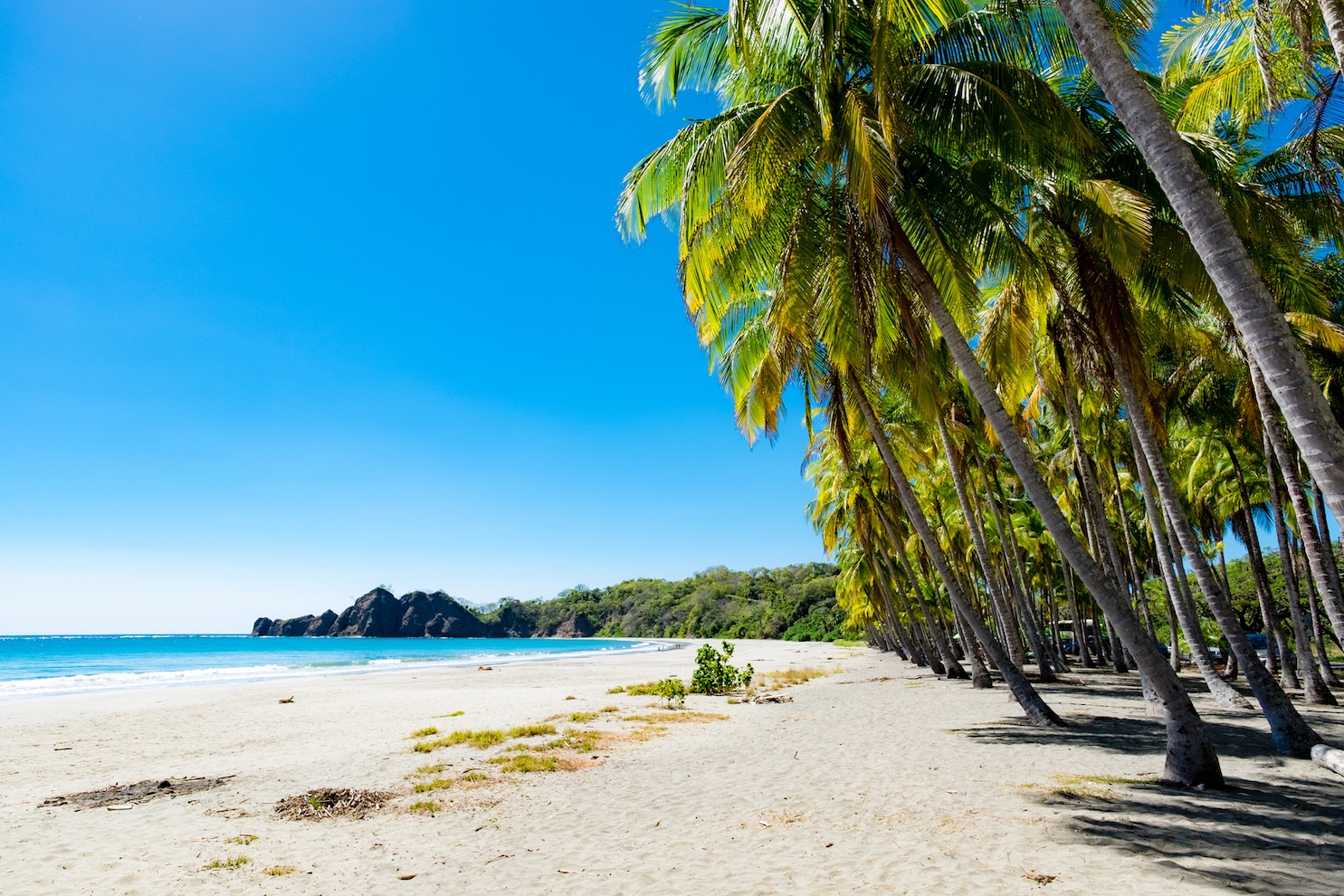 They keep active even as they get older. | Thomas Ramsauer/iStock/getty Images

Anyone who’s ever been to Costa Rica knows it’s a haven for health and wellness. And Nicoya, the 80-mile peninsula just south of the Nicaraguan border, is no exception. In particular, Nicoyan centenarians have a special ability to listen and laugh, among several other enviable traits.

The people who call Nicoya home have a strong focus on the “plan de vida,” or reason to live, which helps keep them active. And as they grow older, they often live with their children and grandchildren, which gives them an even greater sense of purpose.

Next: This tiny island is definitely worth a visit. 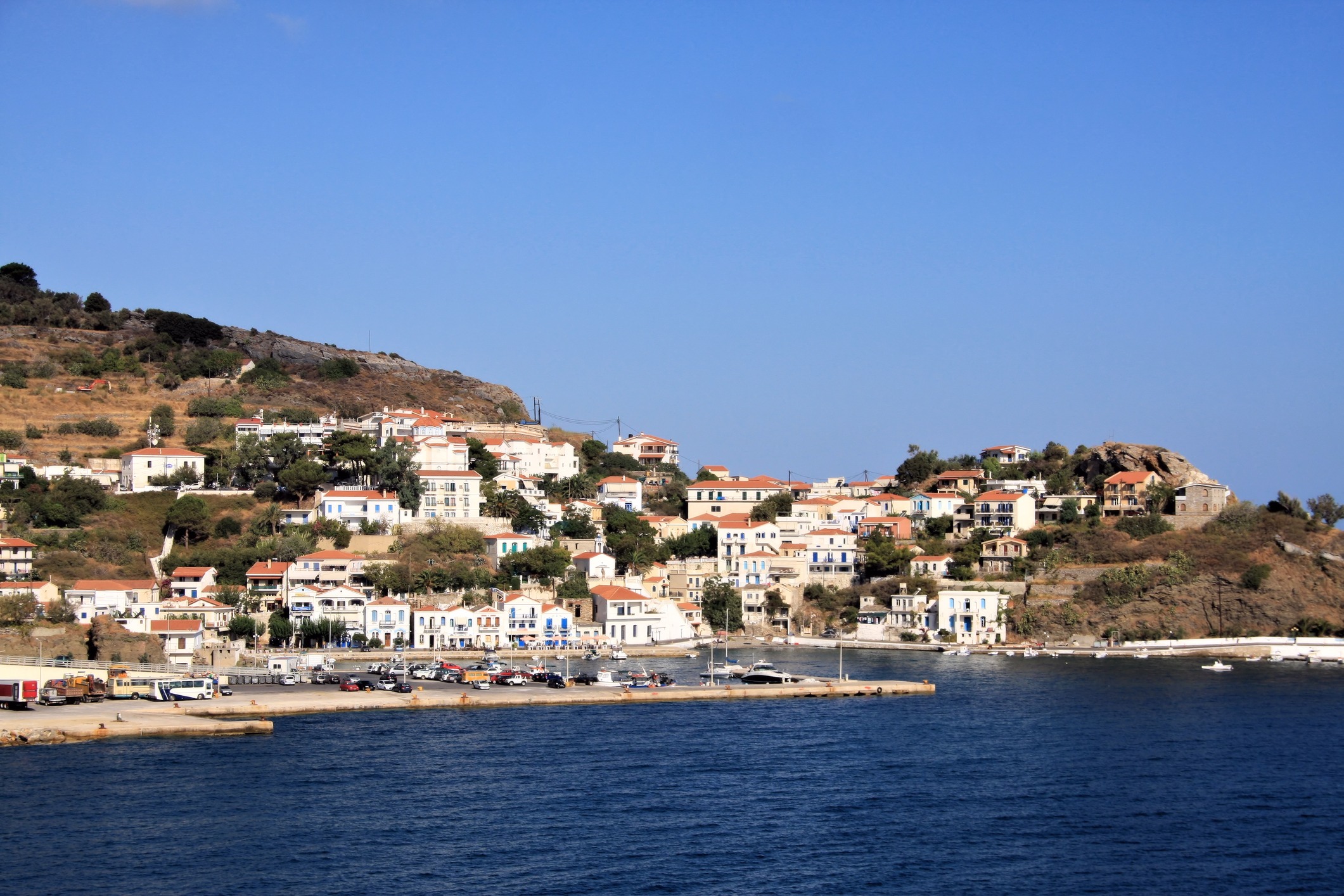 Rich in tradition, family values, and longevity, Ikaria is a tiny island that’s definitely worth visiting. And if you do ever find yourself on this isolated island, be sure to take note.

Not only does one in three Ikarians live well into their 90s, but they’re free of dementia and chronic disease. Their secret? Well, chalk it up to island pride, a Mediterranean diet, and late bedtimes mixed with daily naps. Again, a lifestyle we could get on board with.

Next: The only Blue Zone in America 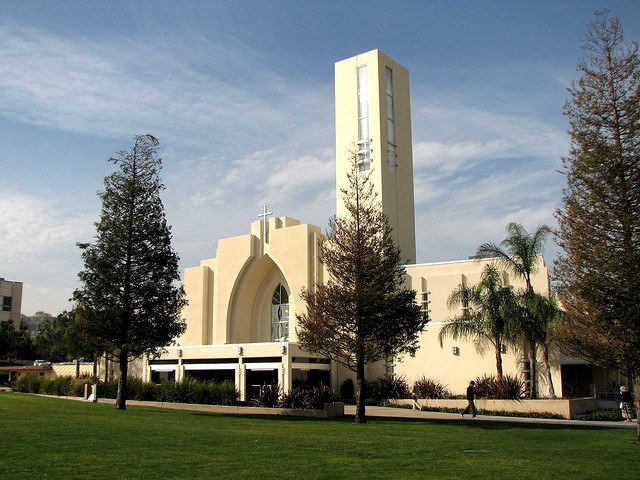 The Seventh-day Adventist church in Loma Linda is home to America’s only Blue Zone region. Although it may sound odd at first, it’s clear to see why these church-goers are living long, healthy lives.

With a strong belief that health is central to their faith, these Adventists stick to a vegetarian diet and regular exercise and abstain from alcohol and tobacco. Therefore, they tend to outlive their peers by 10 years on average.

Next: Each of these places has a list of things in common.

What the Blue Zones have in common 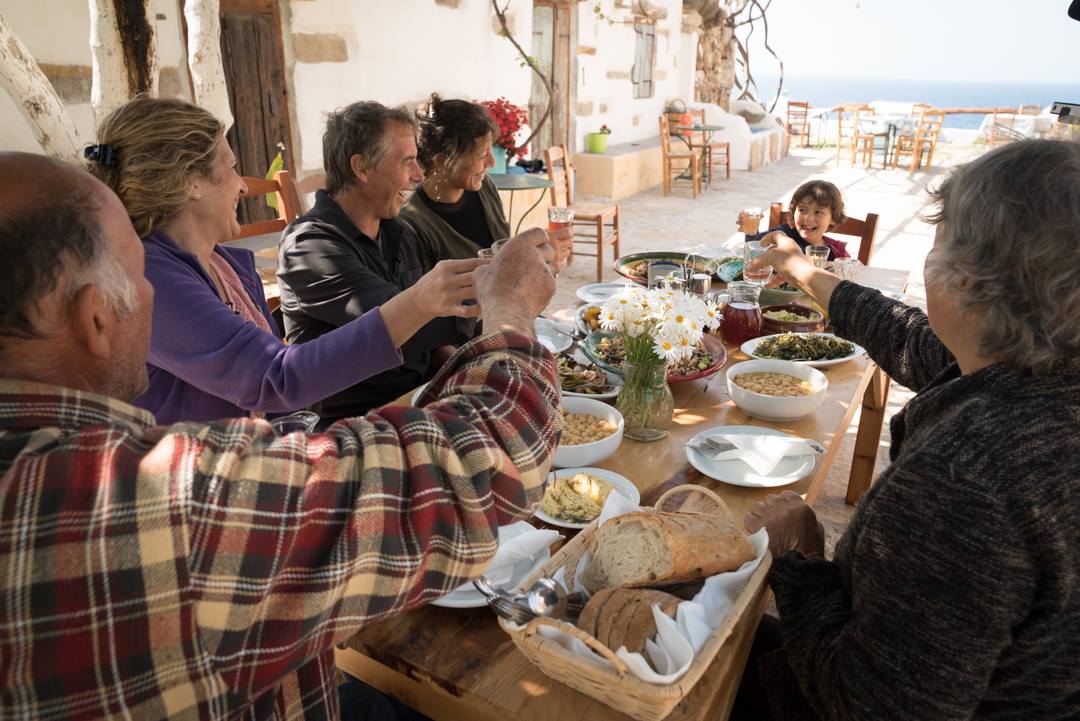 There are nine traits that they have in common. | Blue Zones via Facebook

While every Blue Zone has a specific set of contributing factors, Buettner and a team of researchers have identified nine common traits. Included in the Power 9, as they call it, are the following: