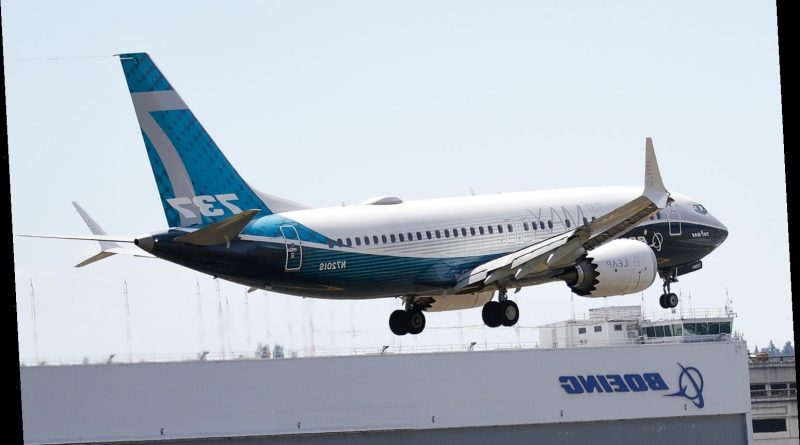 Boeing has reached a settlement with the United States Department of Justice (DOJ) over "a criminal charge related to a conspiracy to defraud the Federal Aviation Administration's Aircraft Evaluation Group," the department stated.

The charge is related to the evaluation of the safety of Boeing's controversial 737 MAX planes, which were involved in two deadly crashes between October 2018 and March 2019: Lion Air Flight 610 and Ethiopian Airlines Flight 302. Both crashes killed everyone on board, 189 and 157 people, respectively.

Acting Assistant Attorney General David P. Burns, of the DOJ's Criminal Division, says in a release that "the tragic crashes . . . exposed fraudulent and deceptive conduct by employees of one of the world's leading commercial airplane manufacturers."

"Boeing's employees chose the path of profit over candor by concealing material information from the FAA concerning the operation of its 737 MAX airplane and engaging in an effort to cover up their deception," he alleges.

Thursday's release also states that Boeing has agreed to pay over $2.5 billion.

The money will be "composed of a criminal monetary penalty of $243.6 million, compensation payments to Boeing's 737 MAX airline customers of $1.77 billion and the establishment of a $500 million crash-victim beneficiaries fund to compensate the heirs, relatives, and legal beneficiaries of the 346 passengers who died," the DOJ says. Boeing said in their own release on Thursday that "the agreement is based on the conduct of two former Boeing employees and their intentional failure to inform the FAA AEG, the group within the FAA responsible for making pilot training determinations, about changes to the Maneuvering Characteristics Augmentation System."

In a note to Boeing employees, President and CEO David L. Calhoun noted, "I firmly believe that entering into this resolution is the right thing for us to do — a step that appropriately acknowledges how we fell short of our values and expectations."

The FAA issued an order back in November that would allow the 737 MAX to carry passengers once again, nearly two years after the plane was grounded following the two fatal crashes.

The 737 MAX completed its first commercial flight since getting approved to fly again last month via American Airlines Flight 718, from Miami to N.Y.C.'s LaGuardia Airport.