TUI is the latest travel company so slash their prices, offering incredibly cheap deals on trips abroad – with up to 60 per cent off. 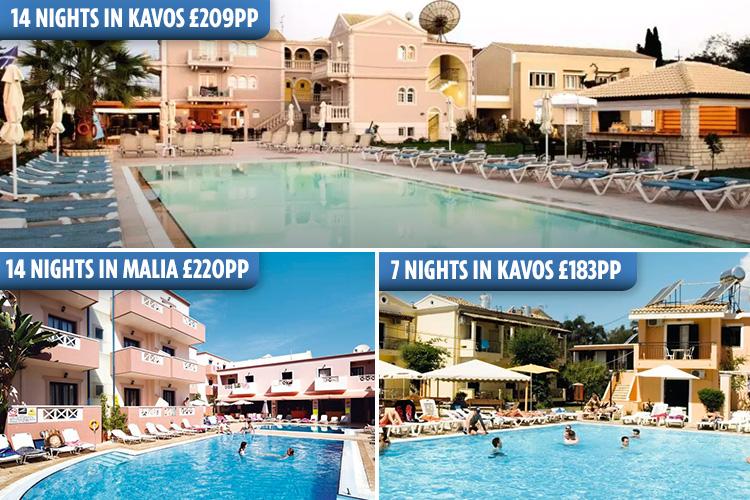 The holidays will be particularly of interest to young people without families who like a lively holiday as many are in party hot spots like Malia and Kavos.

If you're interested, we recommend booking soon though – as some of the best deals, including a 2-week break including flights for £159pp got booked up while we were writing this article.

We've rounded up some of the best offers, read on to find out more (prices were correct at time of writing):

Pool parties and a 24-hour bar in Kavos

TUI is offering 14 nights at the Ekati 2 hotel in a studio room with a balcony or terrace on a self-catering basis for £209pp, which includes flights from London Gatwick on August 24 – click here to book.

A party on your doorstep in Malia 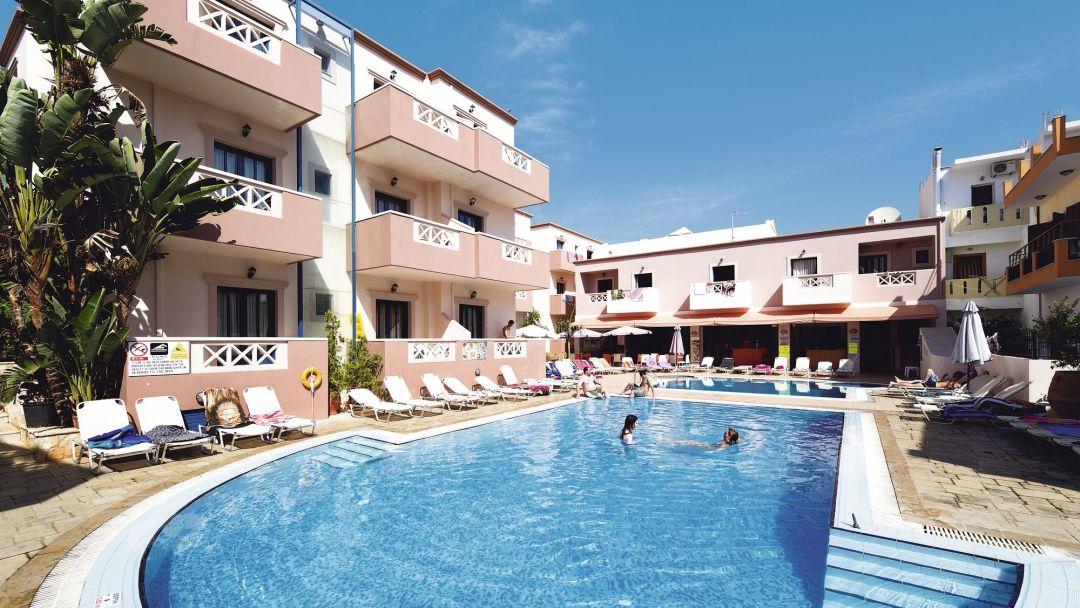 TUI is offering 14 nights at the Ilios Malia hotel in a studio room with a balcony or terrace on a self-catering basis for £220pp, which includes flights from London Gatwick on August 26 – click here to book.

A stone's throw from Kavos strip 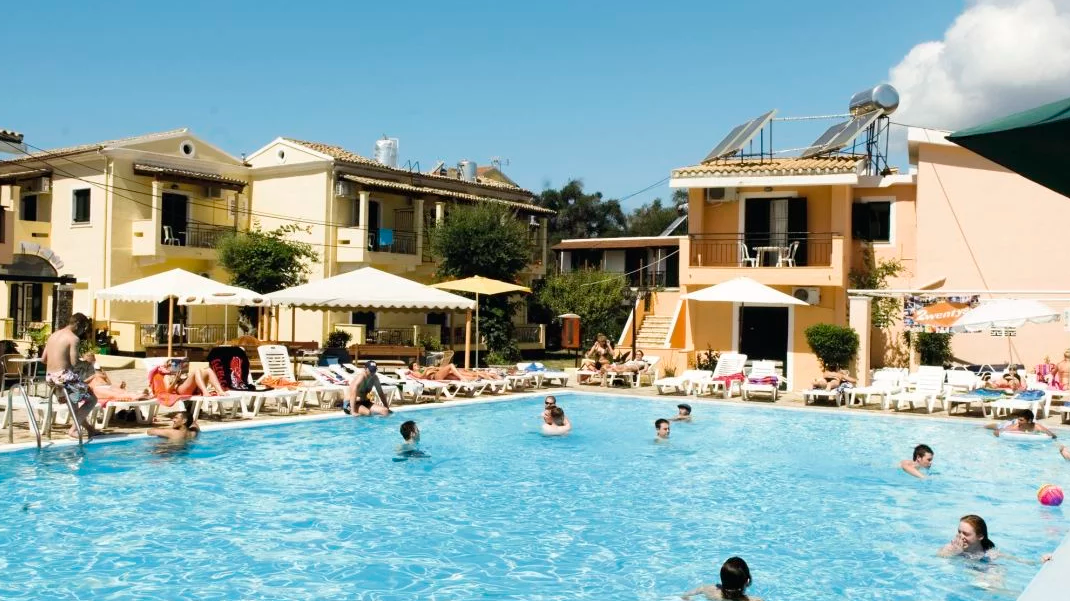 But there is also a pool onsite, of those who want to have the party closer to home.

The hotel gets mixed reviews on TripAdvisor, with some moaning about the 18-30's feel, but many of those who went expecting a party atmosphere claim to have been pleasantly surprised.

Each studio room comes with either a balcony or terrace and a kitchenette.

TUI is offering 7 nights at the Odysseus hotel in a studio room on a self-catering basis for £183pp, which includes flights from London Gatwick on September 1o – click here to book.

On the Malia Mile 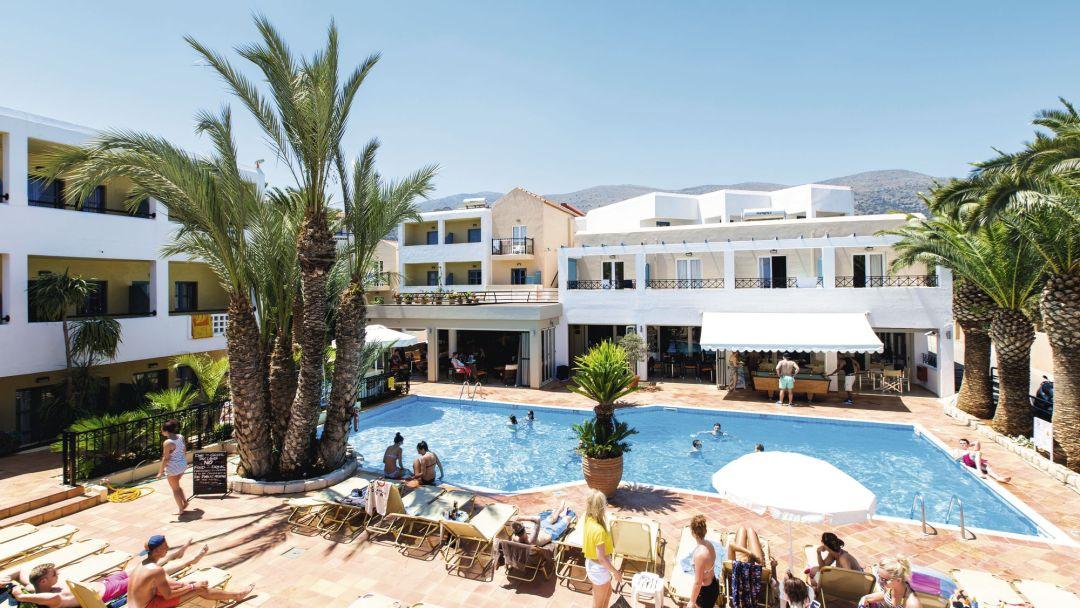 Hotel Malia Dedalos is on a quiet side street, just off the Malia Mile with bars and clubs in arm’s reach.

There's a pool onsite and a snack bar, but Paradise Beach is also 15 minutes walk away.

Bedrooms come with either a balcony or terrace and they each have a kitchenette, although this deal also come with breakfast provided by the hotel.

TUI is offering 7 nights at the Hotel Malia Dedalos in a studio room on a bed and breakfast for £202pp, which includes flights from London Gatwick on October 2 – click here to book.

These sites could save you hundreds when booking a holiday:

Use voucher websites
Groupon and Wowcher can be great for getting cheap holiday deals and are worth keeping an eye on, as their flash deals often only appear for a day or two.

Jack's Flight Club
Sign up for this company's expert newsletters to be the first to know about flight deals all over the globe – including cheap deals on business class flights, mistake fares and flash sales.

Budget airline sales
easyJet releases its cheapest seats twice a year, normally in October and April. When it does, you'll be able to book for travel for up to 11 months in the future at rock-bottom prices.

Norwegian and Ryanair also have good sales, but tend to only announce them on the day.

Disney Dine package
If you're off to Disney World, this deal can save a family thousands on food and drink during their holiday.

Disney Dine allows guests booked to eat at over 100 locations around Walt Disney World Orlando Resort at no extra charge if they are staying in one of the resort's hotels.
Attraction Tickets claims to be the cheapest place to buy a Disney hotel package.

Thomas Cook Airlines and TUI
These companies continuously sell off return flights that haven't been sold in their package holidays at rock-bottom prices to places as far away as Thailand, Jamaica, Florida or Mexico.

Head to the Thomas Cook Airlines or TUI flight search pages to check out what's on offer.

Long-haul or multi-stop trips
If you've got a complicated itinerary including flights, hotels and car hire, then speak to a tour operator to see if they can knock the price off fares for you.

Dial A Flight and Trailfinders are good options.

TUI aren't the only ones with great deals on at the moment – Thomas Cook also has a range of cheap holidays.

For those looking for some late sunshine, they are offering seven nights in a self-catering apartment at the Ekinci Palace in Dalaman, Turkey for under £200 per person.

The trip includes transfers and 15kgs of luggage allowance, plus flights from London Gatwick on October 3 for £184pp – click here to book.

They are also offering seven nights at Palm Bay hotel in Rhodes in a self-catering apartment for £200 per person.

The trip includes transfers and 15kgs of luggage allowance, plus flights from London Stansted on October 24 for £200pp – click here to book.