With the news that Club 18-30 holidays are being axed after the end of this summer, it seems that millennials now want more sophisticated things from their holidays. 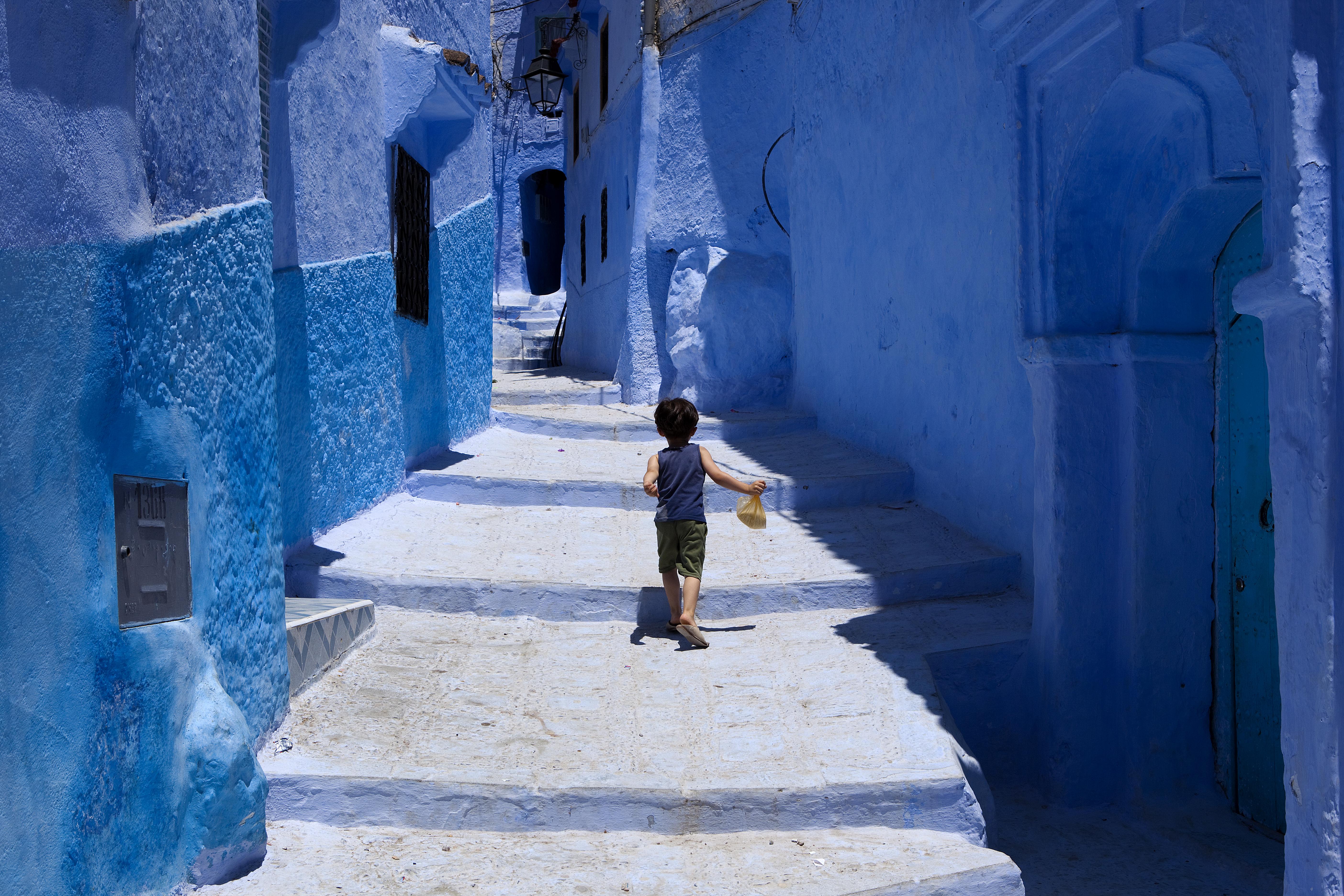 It's less about drinking games and taking photos of each other at 4am in Ibiza clubs and more about what Thomas Cook has dubbed "ego travel".

In the brand's annual holiday reports they state that millennials want to make their pals jealous via Instagram – so good views are essential. But you don't have to go far to get them.

We've put together a list of the most-Instagrammable places in Europe that are also cheap to fly to – and reasonable on essential spends like the price of beer or dinner once you get there.

You've be mistaken for thinking this beautiful island was in the tropics – but actually it's in Italy.

Located in the north of Sardinia, Maddalena is renowned for its beaches, many of which are sandy.

Don't forget local delicacies like seafood pasta – and then there's pizza, which will set you back around €6 for a whole one.

Stay at Il Gabbiano for £108 for two nights for two people in September including breakfast.

Flights from London to Olbia in September start at £118 return from Luton.

Another windy, but sunny day in Liepaja #simplicity#myhappyplace#pictapgo_app#darlingmovement#finditliveit#thehappynow#liepaja#beach#thatsdarling#whatisee

Another windy, but sunny day in Liepaja #simplicity#myhappyplace#pictapgo_app#darlingmovement#finditliveit#thehappynow#liepaja#beach#thatsdarling#whatisee

You might think that a view like this was taken in Devon on Cornwall – but it's actually from lovely Liepājas in Latvia.

You can try out fresh local fish including the local speciality, Liepājas menciņi, which is a type of cod.

In the summer there's also the Summer Sound festival which is a weekend of parties and concerts held on the beach.

Expect to pay around £1 for a beer – which is pretty friendly on the wallet indeed.

Stay at at the Graudu Street Apartment for £61 for two nights for two people in September.

Fly to Palanga from Stansted for £70 return in September.

The Church and Monastery of the Holy Spirit in Vilnius is an Instagram dream with its pastel yellow hues – and the rest of Vilnius is no different.

Check out the hipster vibes of Uzupis – a UNESCO World Heritage Site which declared itself a republic in 1997.

It has a fantastic collection of independent breweries, with a beer setting you back around £1.35.

Stay at the Green Vilnius Hotel for £39 per room per night in September.

Fly into Vilnius from £42 return from Luton in September.

Known as Poland's prettiest city, the city was founded in the 13th century and is the largest in Western Poland.

The Ostrów Tumski quarter is known for its beautiful, historic buildings which will go down a treat on Instagram, as well as the town's medieval market square.

It's cheap to eat out and a three-course dinner for two at a mid-range restaurant will set you back about £20.

Stay at the Empire Apart OVO apartments for £31 per night for the entire apartment in September.

Fly into Wroclaw from Stansted for £61 return in September.

Sandwood Bay, a beautiful and largely deserted beach in the very far north west of Scotland – just south of Cape Wrath. It is a four mile walk from the nearest road just to get here.

Sandwood Bay, a beautiful and largely deserted beach in the very far north west of Scotland – just south of Cape Wrath. It is a four mile walk from the nearest road just to get here.

Sandwood Bay might look like the Portuguese Azores – but it's actually a lot closer to home – it's in Scotland.

Backed by sand dunes and a loch, you can't go wrong here for taking photos – and there are 1.5 miles of wide pink sands to explore.

The beach is normally deserted, which makes things even better, although you'll have a four mile walk to get there, so pack your walking boots.

Stay at Durness Youth Hostel for £46 per night in September.

Fly into Inverness from Luton for £39 return in September.

Set over many hills, Porto's higgeldy-piggeldy landscape is unforgettable and covered in many tiny houses – and it lights up even more at night.

The city is covered in art, from graffiti to painted tiles – and there are even painted telephone boxes.

If you're going to try anything to drink then it should be a glass of city's famous port wine will cost you around £2.

Stay at the Enjoy Porto Guesthouse for £78 per room per night in September.

Fly into Porto from Luton from £74 return in September.

Cinque Terre means "five lands" in Italian, and it is just that – five villages which come together on the side of a mountain.

And once you're in town you'll want to chill out with a glass of wine at the harbour in Vernazza, where a glass of the local stuff should set you back around £2.50.

Stay at the B&B Ca'di Bianca for £94 per room per night including breakfast in September.

Fly into Pisa from Luton from £53 return in September.

If you've ever dreamed of being a Disney prince or princess then you'll be pleased to know that you don't have to travel far to reach a fairy tale castle.

Neuschwanstein Castle in Bavaria inspired Disneyland's very own one – and it’s just an hour and 45 minutes on the plane from London.

Walt and his wife Lillian visited the castle when they were on a tour of Europe before Disneyland was built.

You can’t book online to visit – instead you’ll have to visit the castle’s ticket office which is at the foot of the hill it’s on.

Stay at Hotel Garni Schlossblick for £65 per room per night including breakfast in September.

Fly into Munich from Stansted from £58 return in September.

Ksamil looks like it could be in the Caribbean – but it's actually in Albania, and is known as "the turquoise pearl".

With crystal clear waters, white sands and mountain backdrops, this beach is everything you'll need for the perfect Instagram photos.

You can also easily make a day trip on a boat to nearby Corfu via the town of Saranda, which is just a two hour trip in total and costs around €19 (£16) each way – just make sure you bring your passport with you for identification.

The easiest and cheapest way to get to Ksamil is also by flying into Corfu.

Stay at Apartment Angela for £13 per night in September.

Fly into Corfu from Gatwick for £138 return in September.

Got lost in the Blue City, but is ok we are not in a hurry. . . #chefchaouen

Got lost in the Blue City, but is ok we are not in a hurry. . . #chefchaouen

You may already have seen the beautiful blue-painted Moroccan town of Chefchaouen on Instagram – and it really is the dream for taking photos.

Founded in 1471, there are several theories as to why it's painted blue – some say that it keeps mosquitoes away, while others say that Jews who took refuge there from Hitler chose the colour in the 1930s.

While you're there, make sure you try out Moroccan cuisine at the Plaza Uta el-Hammam, which is the town's central square.  Lunch should set you back around £7 for two people.

Stay at Hotel Abi Khancha for £22 per night in September.

Fly into Tangier from London Gatwick from £141 in September.

I’ll never tire of these colours on the Island of Burano. It makes me happy. Hardly any tourists so it’s a fab 1/2 day trip from the hustle and bustle of Venice. #buranoitaly #burano #coloredtown #wanderlust

I’ll never tire of these colours on the Island of Burano. It makes me happy. Hardly any tourists so it’s a fab 1/2 day trip from the hustle and bustle of Venice. #buranoitaly #burano #coloredtown #wanderlust

Away from the tourist crowds of Venice you'll find Burano, an island in the Venetian lagoon.

It's actually made up of four different islands which are linked together by bridges and is known for its brightly coloured homes as well as its leaning bell tower.

While you're there you must try out the local pizza and ice cream – it wouldn't be a trip to Italy unless you did. You can expect to pay around £7 for a pizza.

Stay at Casa Burano for £113 per night including breakfast in September.

Fly into Venice from London Stansted for £52 return in September.

Sun Online Travel previously revealed the best cheap seaside destinations in the UK – based on how little you'll spend on essentials once you get there.

We also reveal how the 18-30 holiday became a rite of passage for millennials – who are now turning their backs on it.