Two of Chicago’s airports, O’Hare International Airport and Midway Airport, have installed “Cannabis Amnesty Boxes” for passengers to dispose of their recreational marijuana before boarding their flights.

The boxes, which were installed last week to coincide with the Jan. 1 legalization of weed in the state, are located near TSA checkpoints.

Though TSA and police are not targeting passengers carrying marijuana – it is legal to have the substance in the state’s airports – it is still illegal to fly with any drug, as airspace is regulated by the federal government and the drug is still illegal under federal law.

TSA does not actively search for “marijuana or cannabis-infused products” at security checkpoints, but the agents are “obligated to report the discovery of any drugs or substances that are illegal under federal law,” a spokesperson for the TSA told Fox News. Local police then determine what further action to take, if any. 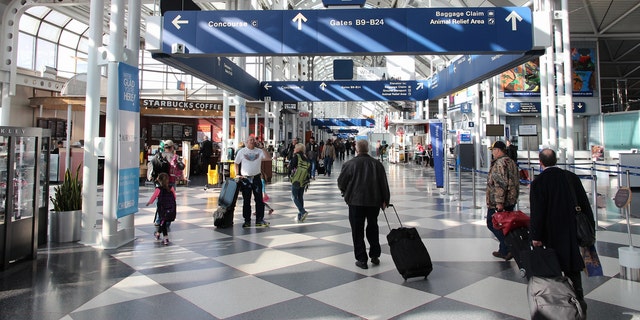 The boxes are maintained by the Chicago Department of Aviation and the police, Chicago Tribune reported. Police officers will regularly empty the boxes and file reports for items found in the boxes, as well as dispose of surrendered materials inside.

The two Chicago airports are not the first to install cannabis disposal boxes, as both McCarran International Airport in Las Vegas and Colorado Springs Airport in Colorado have also installed amnesty boxes for passengers who need to surrender their marijuana before flights.