Home » Travel » Chicago's stunning architecture, top-notch shopping and authentic Blues are now within reach for little more than the cost of a trip to Europe

He has a point. Two days into my visit to Chicago, I am already in love with the place. 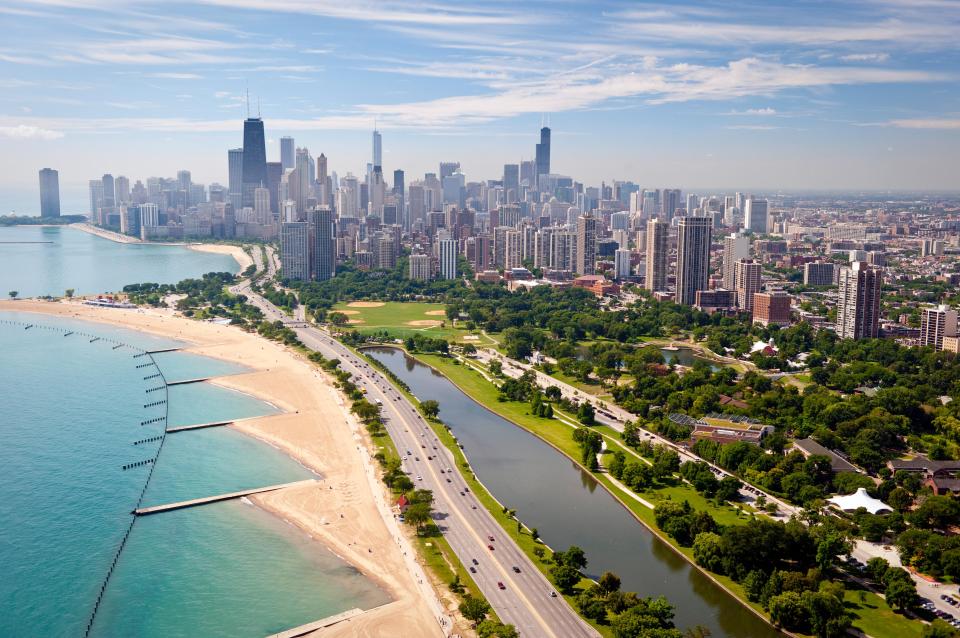 I was curious whether the glitz and glamour of the Big Apple impressed locals here in the Windy City.

Largely overlooked by Brits in favour of New York, Florida, Las Vegas and California, Chicago just got a whole lot more accessible for anyone seeking a more original city break.

Transatlantic budget carrier Norwegian has added Chicago to its list of Gatwick destinations, with one-way fares starting at just £149. That means you could swing by for almost the same price as a flight to Europe.

And you really should. A city break here can offer a bit of everything — to a high standard and in a compact, clean, walkable, visually stunning city centre full of friendly Chicagoans. 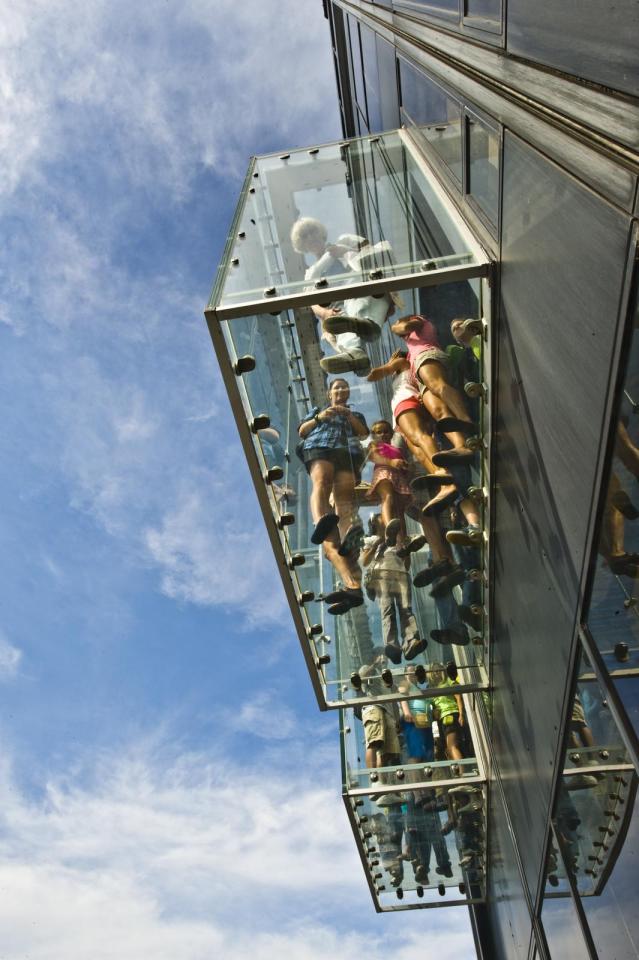 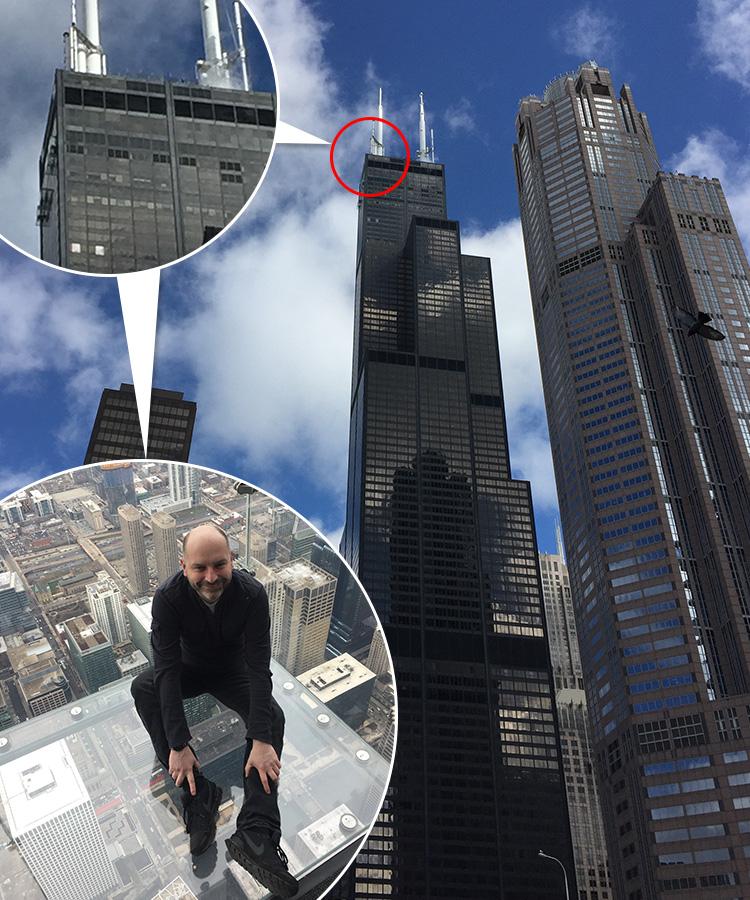 Foremost among the sights — a high point — is the Willis Tower.

Formerly known as the Sears Tower, it boasts the second-highest observation deck in the Western hemisphere, 1,353 feet up. 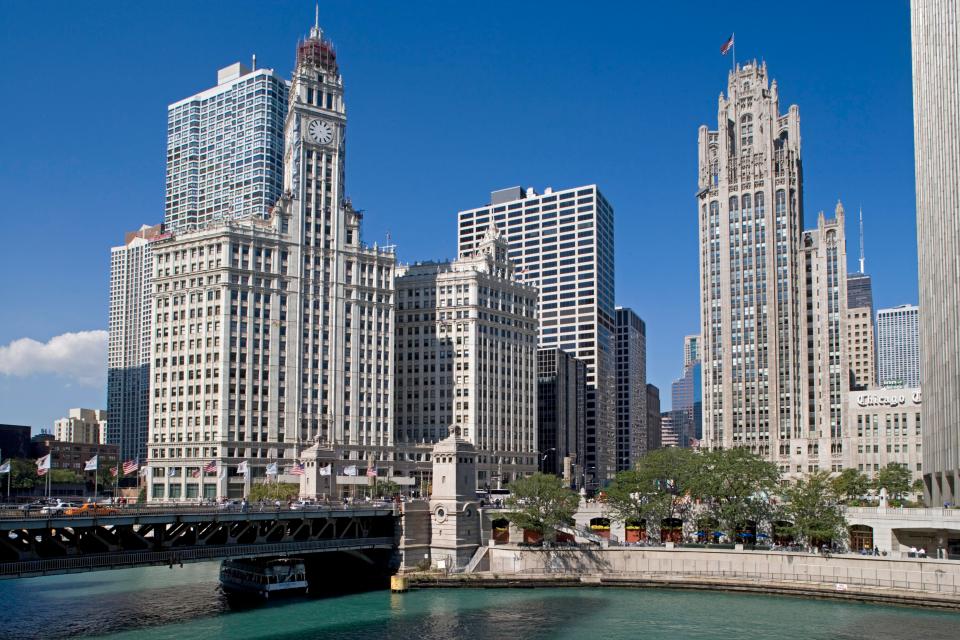 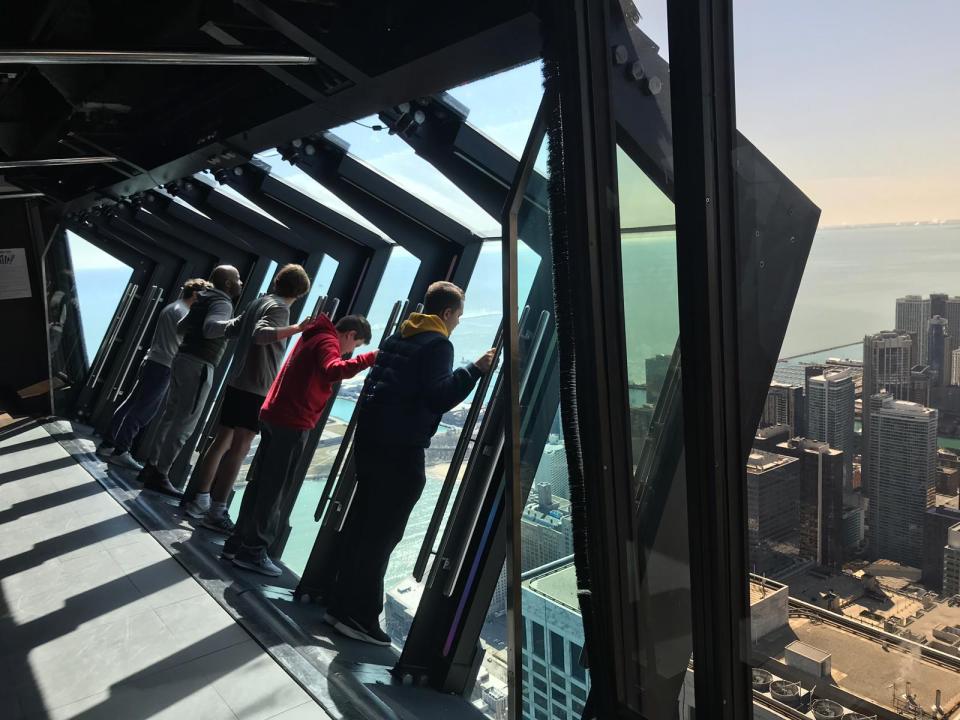 That is higher than you can go at the new World Trade Centre in New York and if you have a head for heights, you can step out from the skyscraper to a glass-floored box to look straight down from 103 floors up. The floor of "The Ledge" is just 1.5in thick but can withstand an astonishing five tons.

It took me a good 15 minutes to summon the nerve to venture outside, never mind do jumps and handstands like the crazy kids who followed me into the glass box. 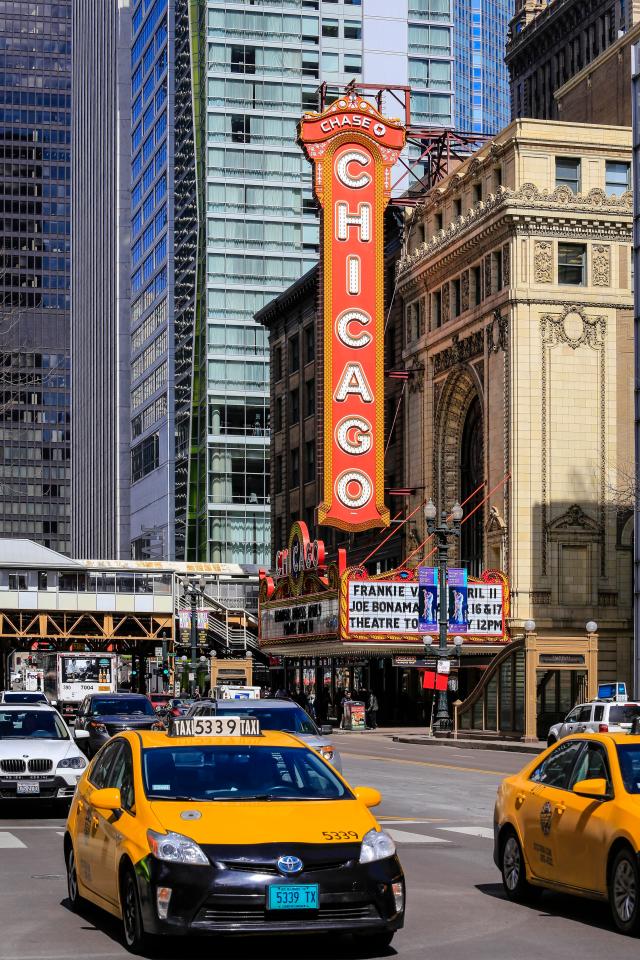 But if you are of a nervous disposition and not convinced about the glass floor, the tower still offers a wonderful way to take in the rich and varied architecture of the city below.

Equally terrifying and exhilarating, depending on how you feel about heights, is Tilt on the 94th floor of the John Hancock building, where visitors stand in a pod that leans at a 45-degree angle with a 1,000ft-drop below. 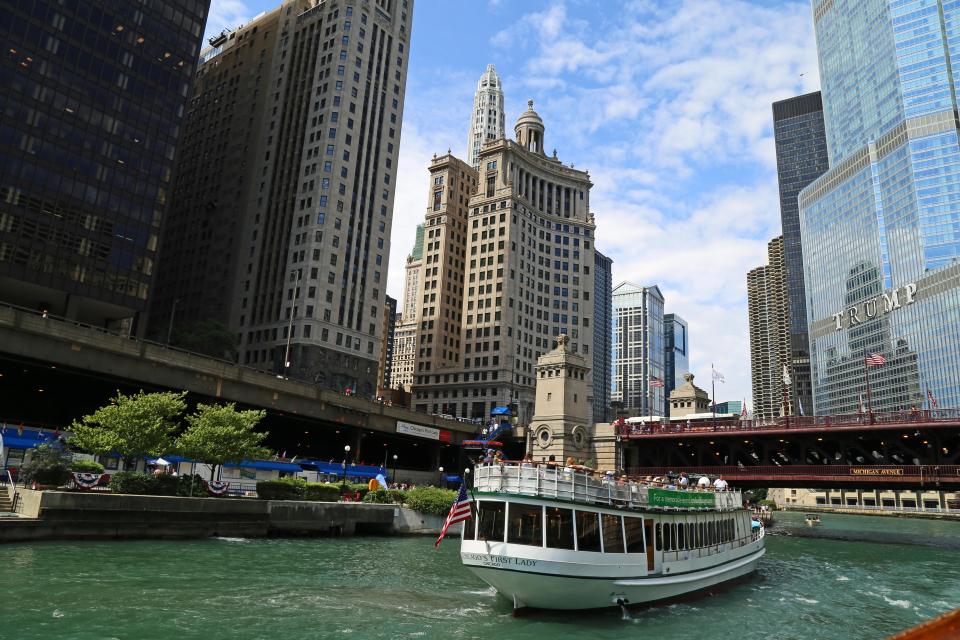 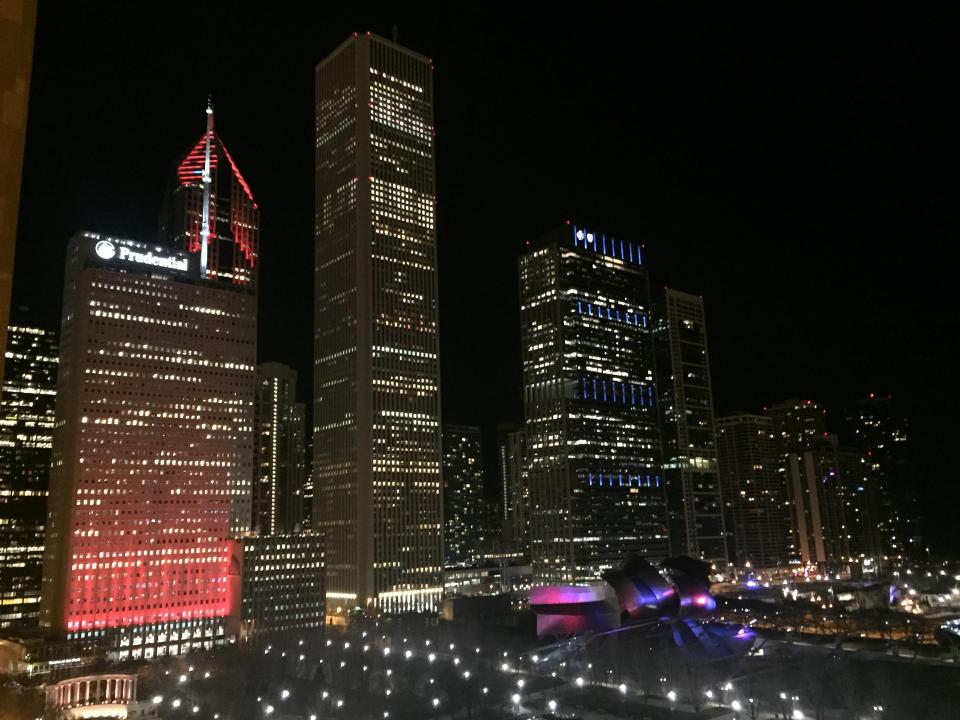 Chicago is widely regarded as the birthplace of the skyscraper and its many high-rise buildings offer so much more than a bland procession of glass and steel.

The architecture river cruise, departing from DuSable Bridge, is a stunning way to see these wonderful buildings from a new perspective and learn about the fascinating history behind each one.

For example, the Willis Tower’s design of nine inward-leaning towers came about after the architect, struggling for inspiration, sat back for a smoke and lazily tapped his cigarette carton, prompting his fags to slide out at different lengths. Thus, the design was born.

And then you have the culture. There is something for everyone. 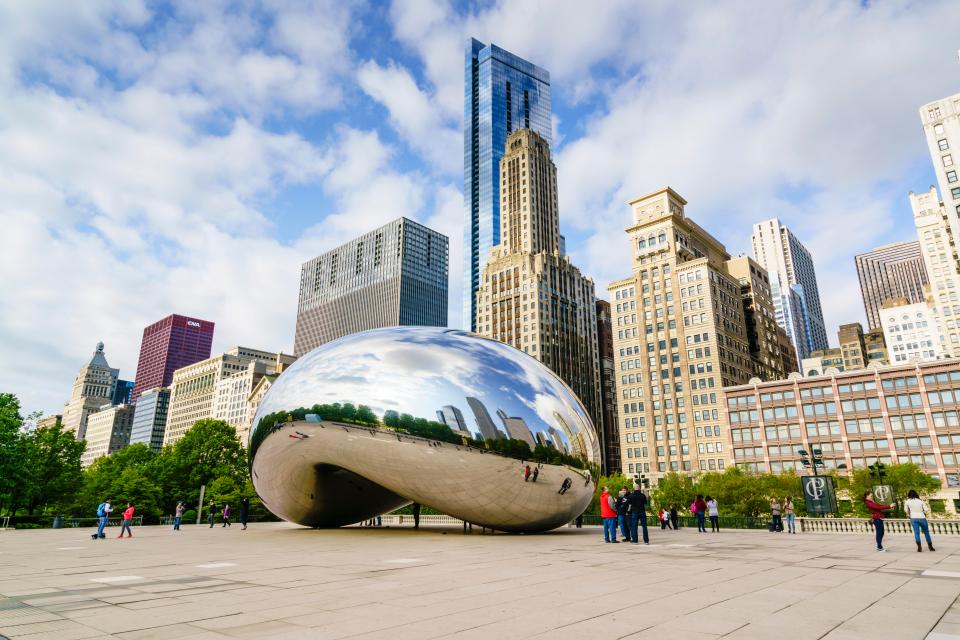 Check out some authentic Chicago blues while drinking a dangerously strong Old Fashioned in Rosa’s Lounge. Or spend a leisurely afternoon taking in the world’s second-largest collection of Impressionist art — behind only the Louvre in Paris — at the Chicago Art Institute.

The city has a rich tradition of stand-up comedy and the Second City club, where Bill Murray and John Belushi both started out, is well worth a visit. 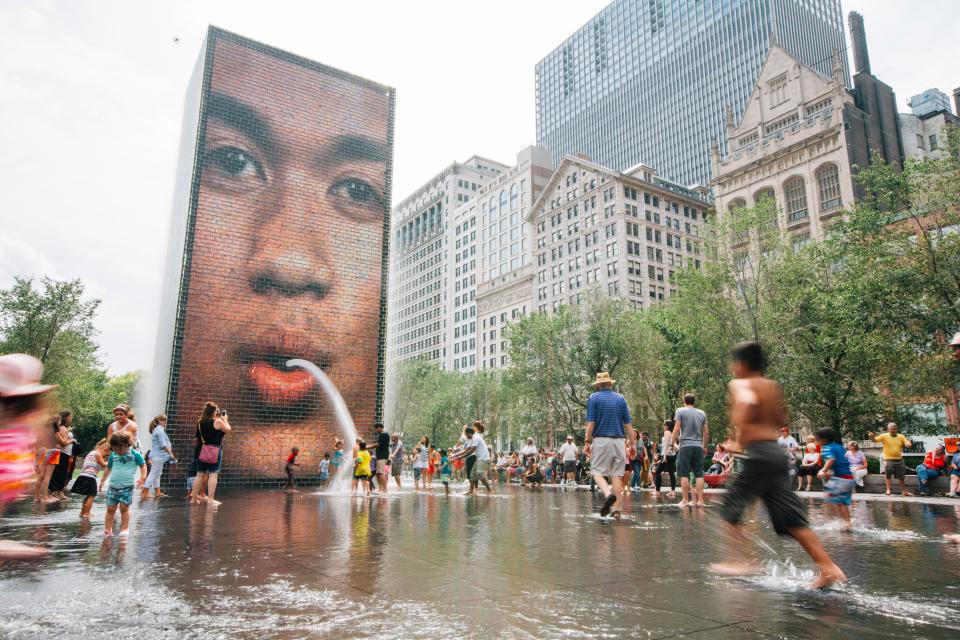 There are more than 200 theatres and free evening concerts are held all summer, including by the city’s symphony orchestra, at the awesome open-air Jay Pritzker Pavilion in Millennium Park.

The shopping is top-notch too, from American institutions Macy’s and Bloomingdale’s to quirky independent boutiques and record stores in the trendy Wicker Park and everything in between.

If all that shopping helps you to work up an appetite, boy are you in for some tough choices. 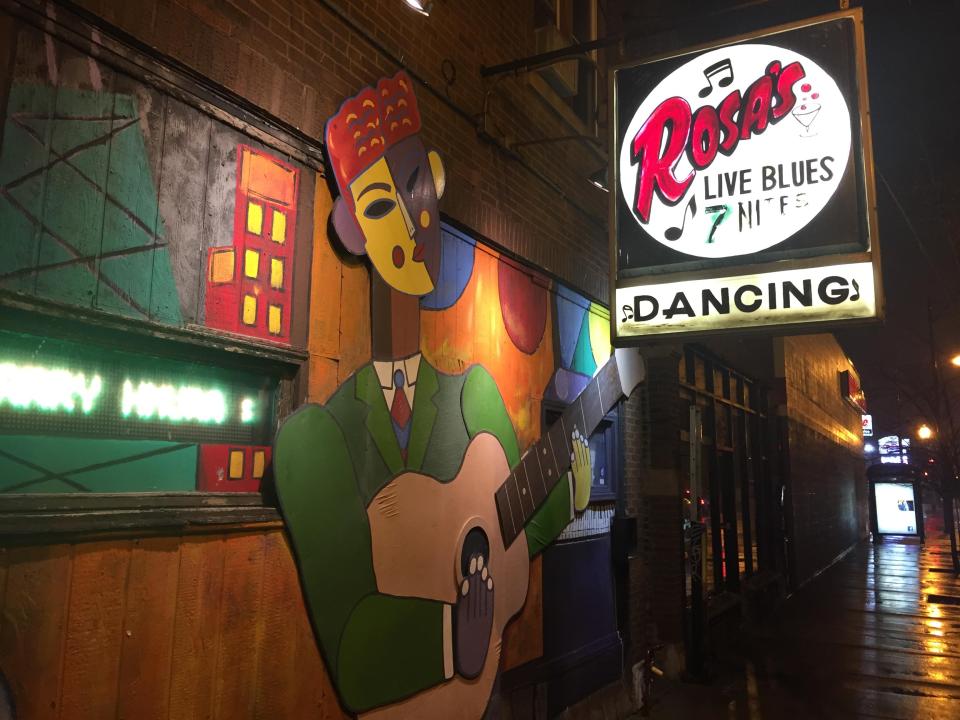 Chicago is rightly famous for three delicacies — the Italian beef sandwich, the deep-dish pizza and a hot dog loaded with pickles, peppers, relish and mustard.

If that is just too American, you can’t fail to find a lunch you like among the 15 vendors at the Revival Food Hall.

Or if you prefer to step things up a notch, book dinner at one of the 23 Michelin-starred restaurants – including The Duck Inn, which offers another huge take on the hot dog, this one cooked in duck fat.

Apart from the revered jazz and blues bars across town, there is a plethora of lively night spots Downtown and in the River North district.

For a more relaxed, alternative vibe, head ten minutes on the train to Wicker Park and Bucktown, where you can sink to-die-for cocktails served up by professional mixologists at The Violet Hour.

STAYING THERE: The Robey, Wicker Park, has rooms from £130 per night – see therobey.com; the Chicago Athletic Association in Downtown from £190 per night – see chicagoathletichotel.com/official.

You can even go to the beach. Chicago has 28 miles of coastline along the shores of Lake Michigan, boasting 24 beaches.

All of them are open to the public and are easily accessible, with that stunning cityscape as a remarkable backdrop.

A 19-mile cycle path runs along the lake front and the city’s Divvy bikes can be hired from just $3 a pop.

But there's another that thing will bring me back to Chicago — and it's perhaps where the city really leaves New York and LA in the shade. That is the people.

Chicagoans are fiercely proud of their town and want you to know it.

Lynn Niels is one of the city’s enthusiastic "Greeters" — a volunteer tour-guide who really cares — points out that, come the summer, most of the residents don’t go on "holiday".

They stay put because that is when their beautiful city really comes alive, with festivals around the richly diverse neighbourhoods, parties in lake-front Millennium Park, stunning sunset views from a myriad rooftop bars and, yes, umpteen beaches.

New York can match most of that — on paper. But as Tony the taxi driver says, why the heck would you want to go there?