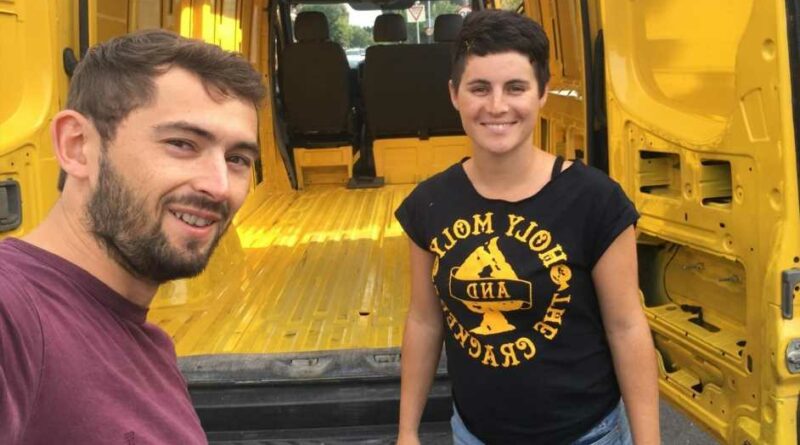 Tom Lake and partner Caitlin Green, both 30, bought the van, which was previously used by delivery company DHL, for £2,150 in 2019. 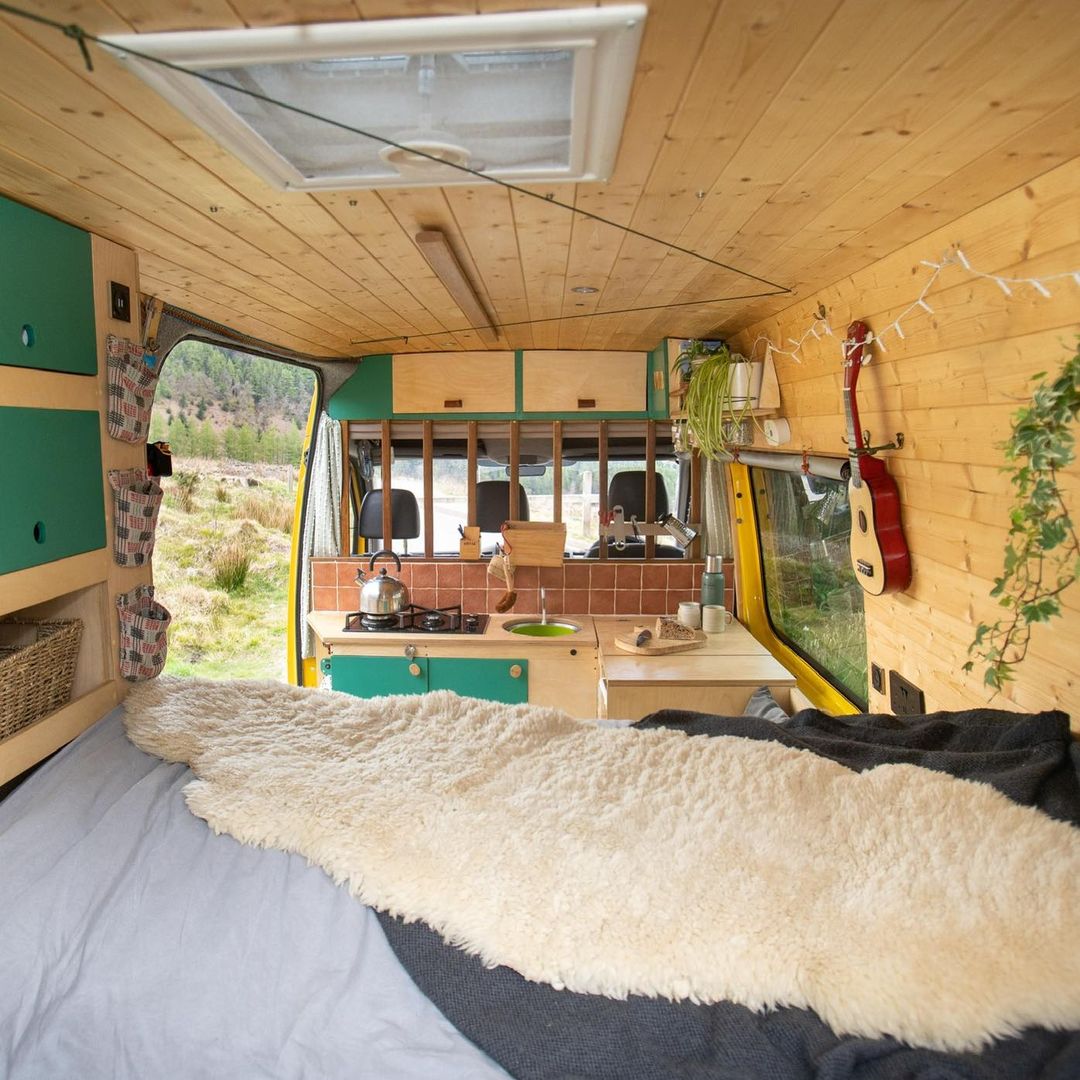 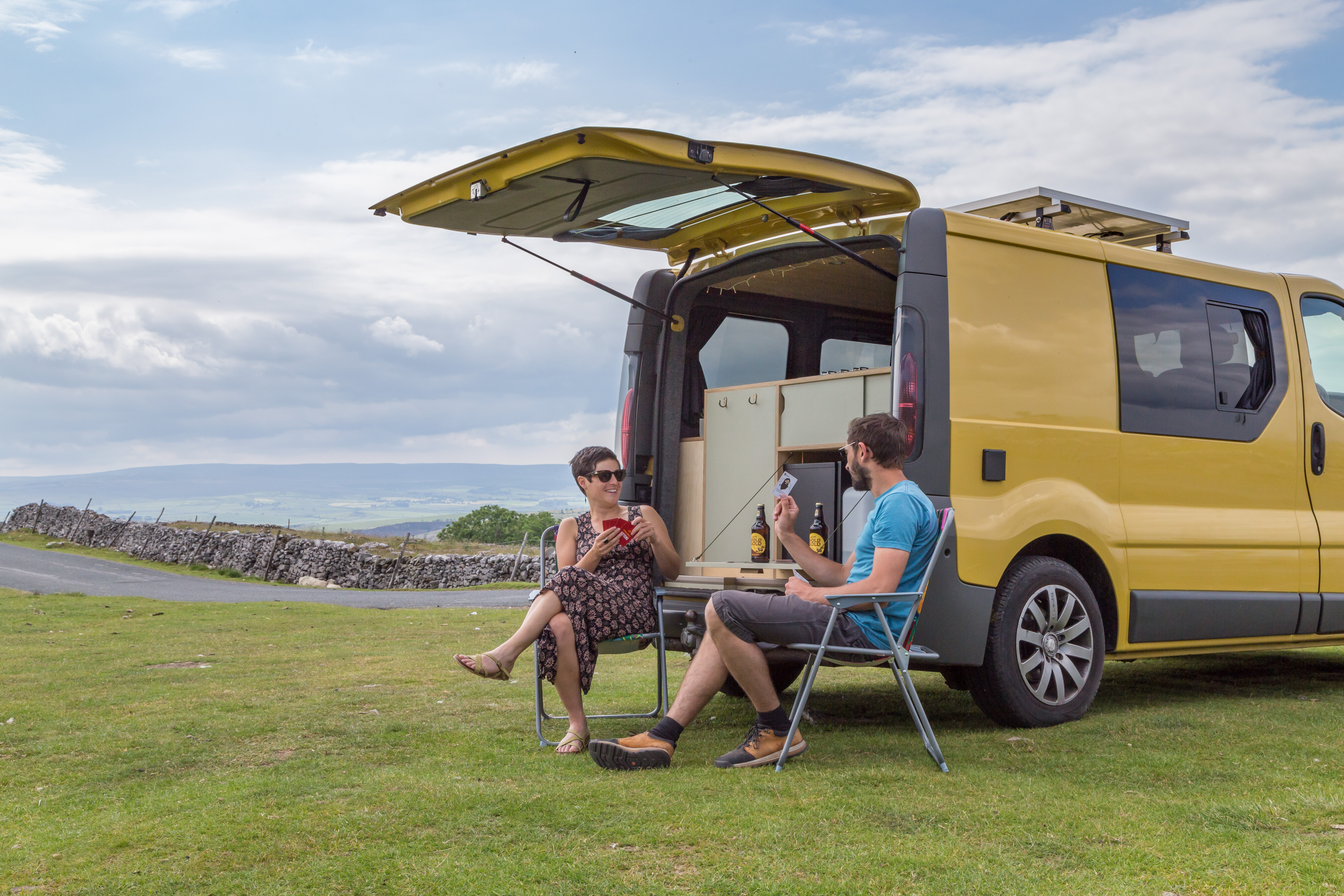 They started the project in the summer of 2019, taking six months to renovate while working full-time jobs, with Tom working as a design engineer and Caitlin, from California, as a child protection officer.

Initially an empty shell, with rusted doors and holes in the walls, it has since been converted into a mini-home with a living area that pulls out into a double bed, as well as a mini kitchenette and solar shower outside.

Wanting to make it as eco-friendly as possible, they also installed a solar panel on the roof.

Tom, originally from Leeds, explained: "We spent a little over £2,100 inside, including insulation, the flooring and even the furniture and decor.

"My background is in design and production, so I had some building skills but had never done any DIY, while Caitlin had done some woodworking, as well as sewing and crafts, but knew nothing else about building.

"Our main ethos was to keep it simple. We were used to camping in tents with stoves so weren't bothered by hot water, which means there's a lot less to go wrong too."

They managed to keep costs down by using old door frames for wood, as well as climbing wall off-cuts from Tom's work.

The bed was even built using an old ping pong table for the base, and their mattress was free from Freecycle. 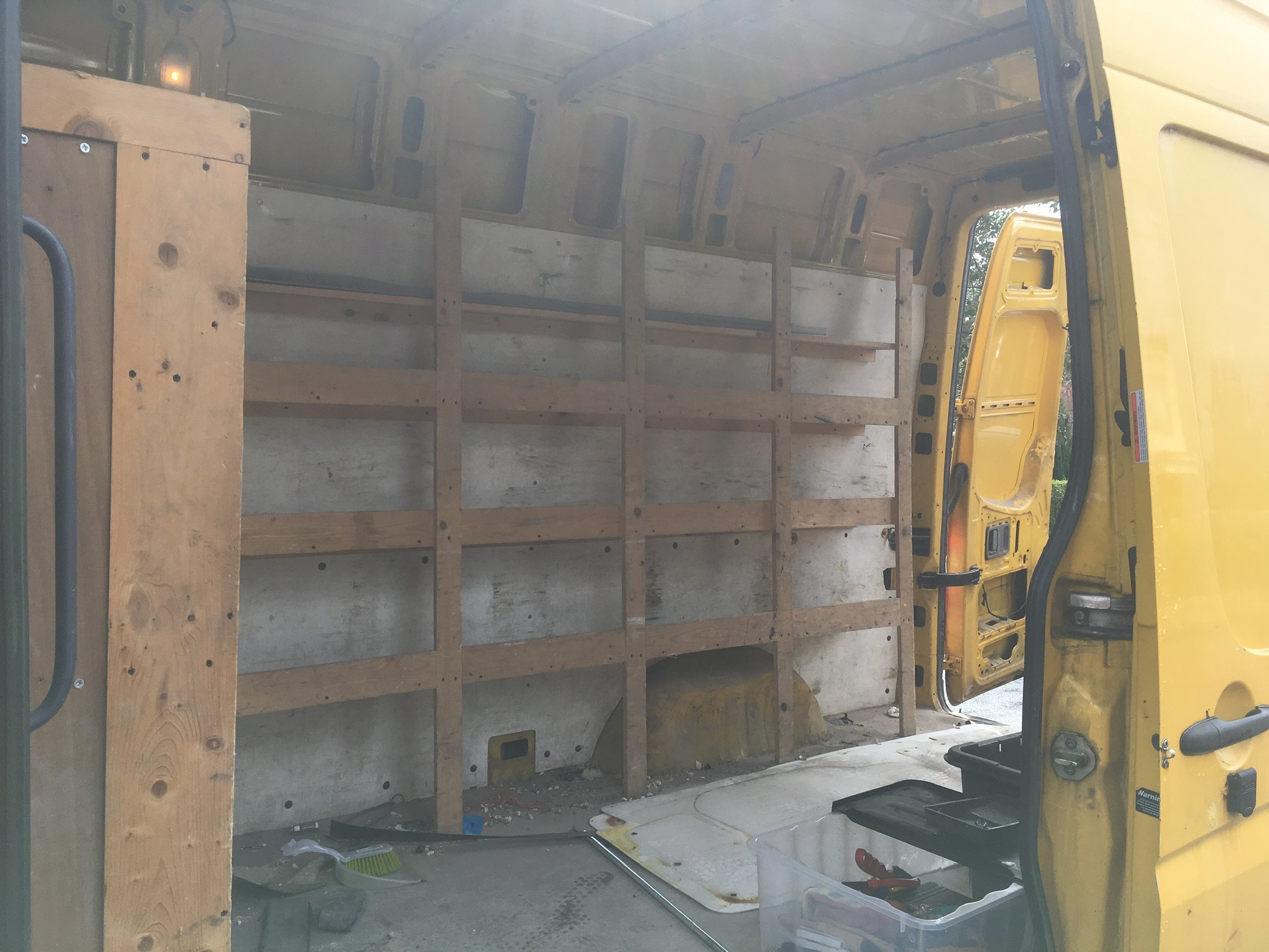 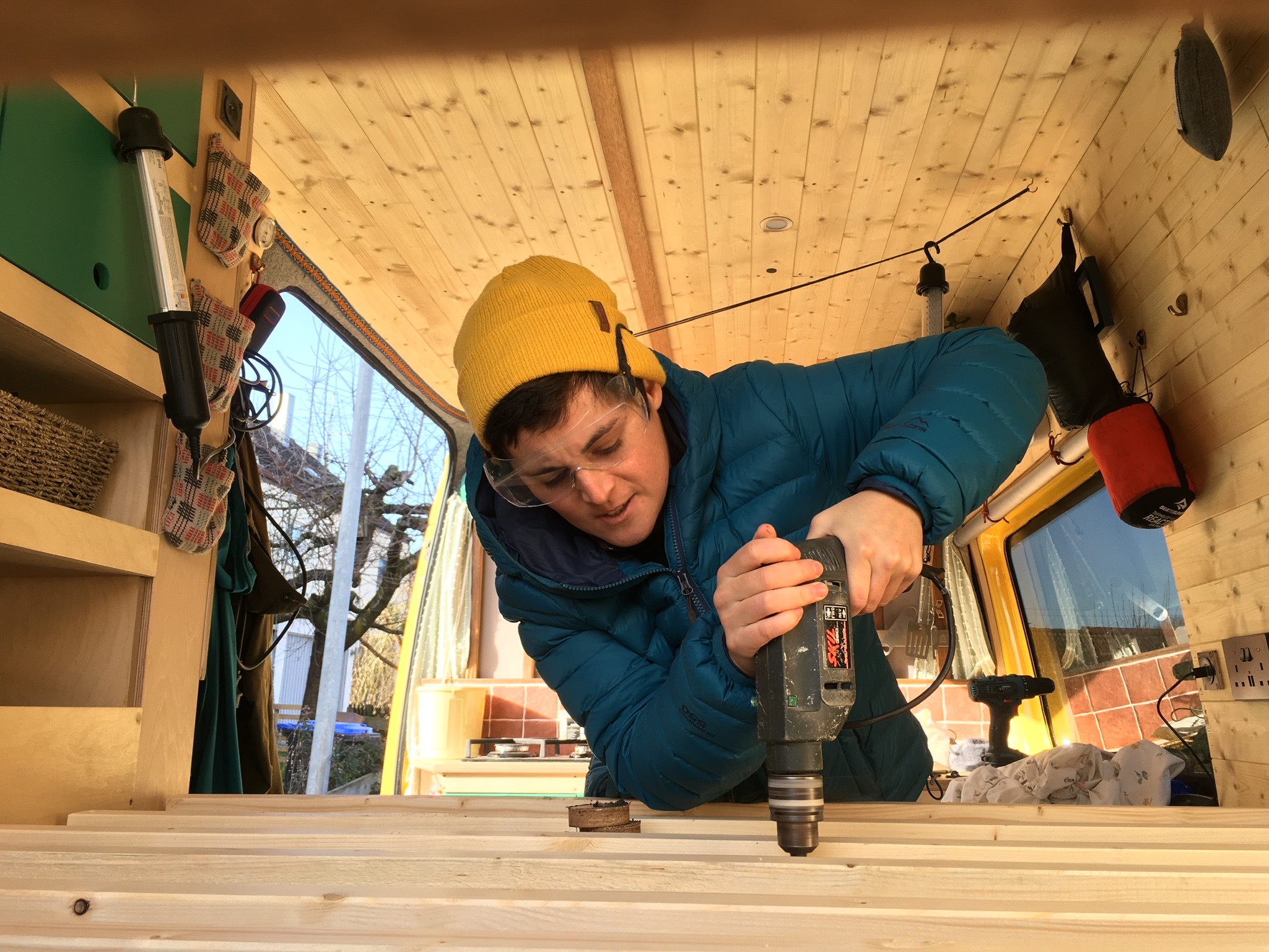 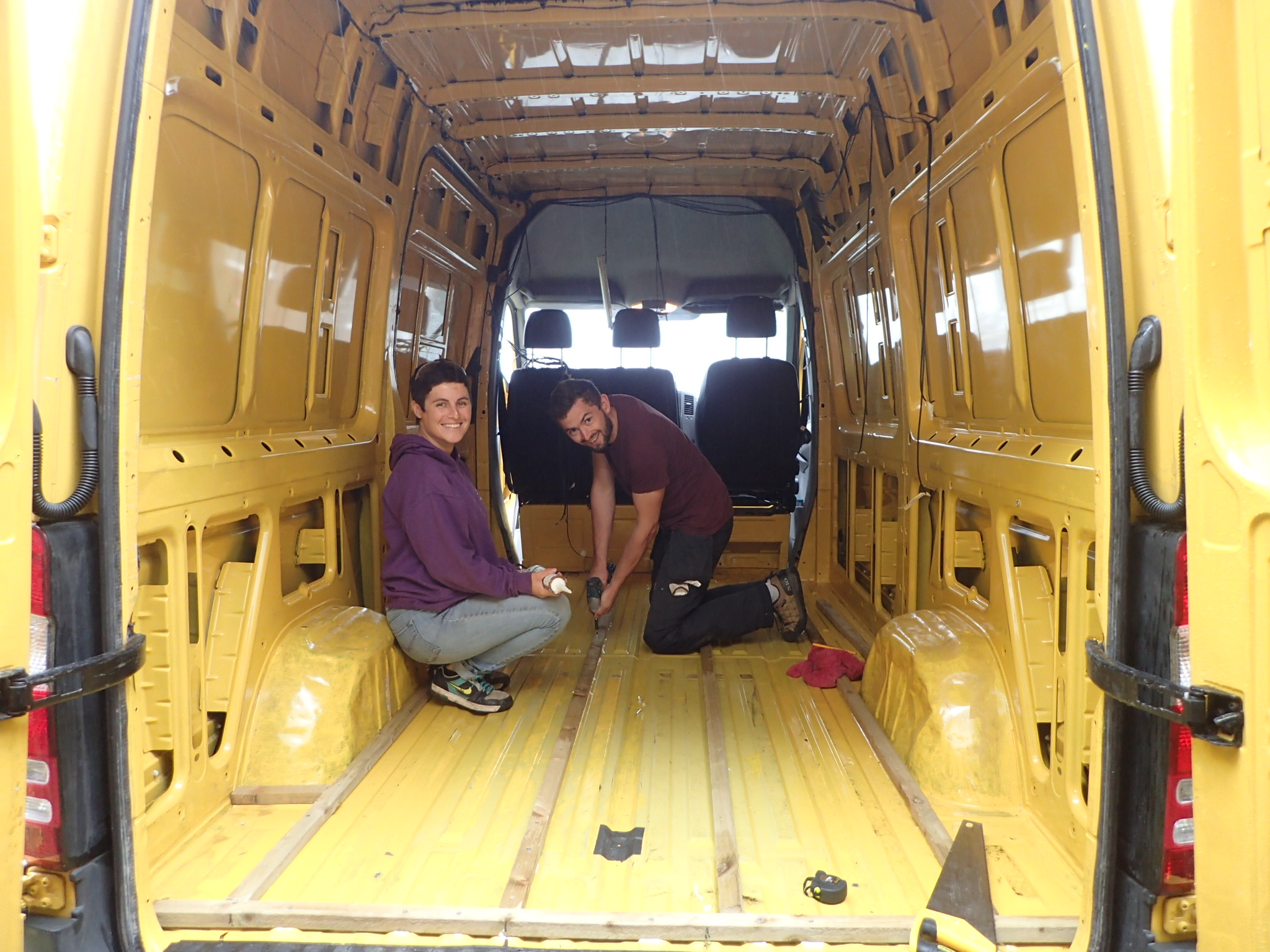 Spending the next six months building it outside Tom's family house in Manchester, they ran into some problems along the way.

Caitlin said: "We'd been looking at self-built vans on Instagram and loads of people sleep across the van with the head on the driver's side.

"We went to a festival to try out the bed frame we had built but it was horrendous – Tom was too tall to sleep sideways, so we had to then redesign the whole van, to make a slide-out bit for our feet."

After doing up the van, they both quit their jobs and spent nine months travelling around Europe – only to be hit by Covid lockdowns.

They explained: "We left in January 2020, and it was a bit of a race to get as far south as we could to get to warmer climates.

"We did a month in Croatia then headed to Greece in March, which is when the country started closing shops and schools." 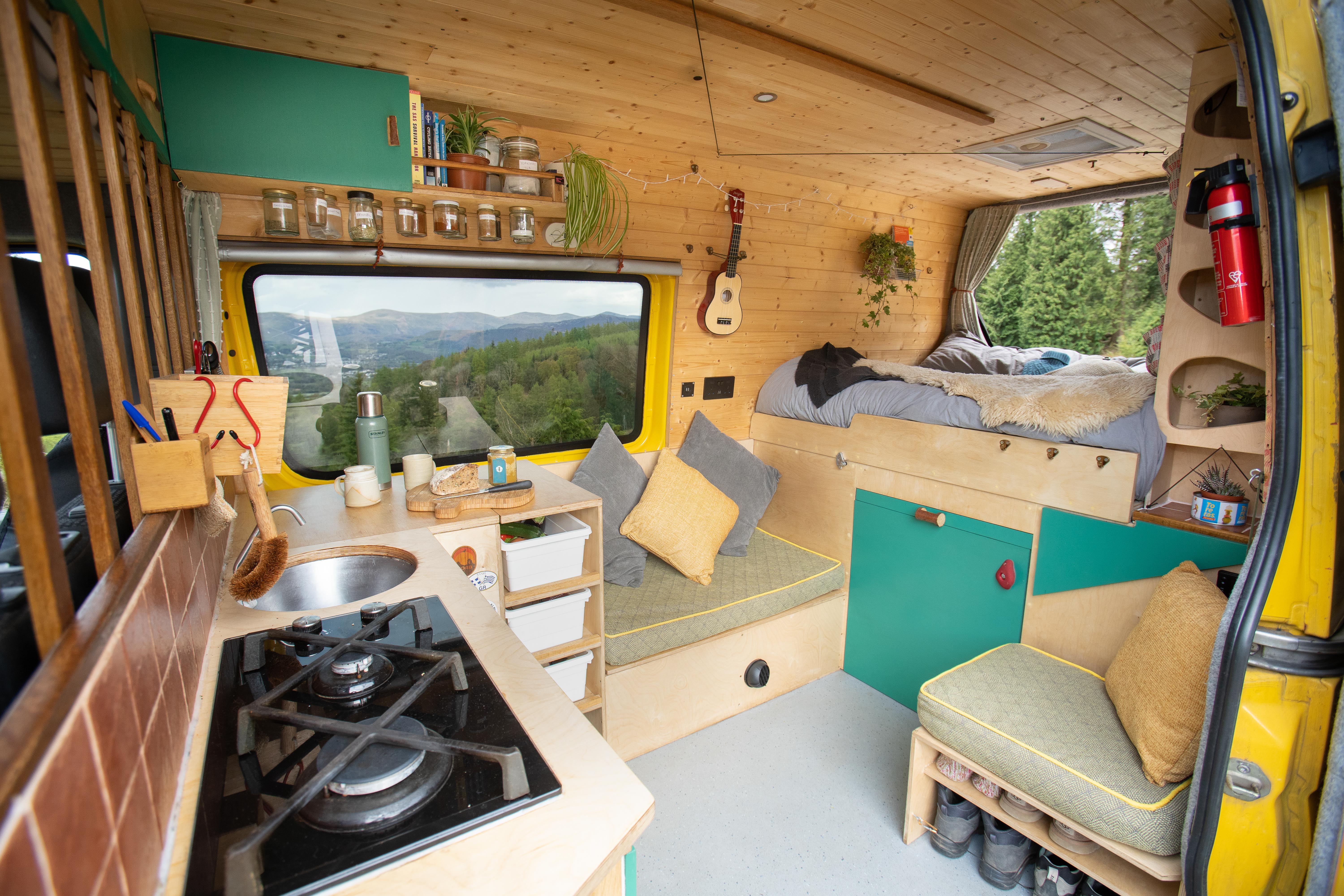 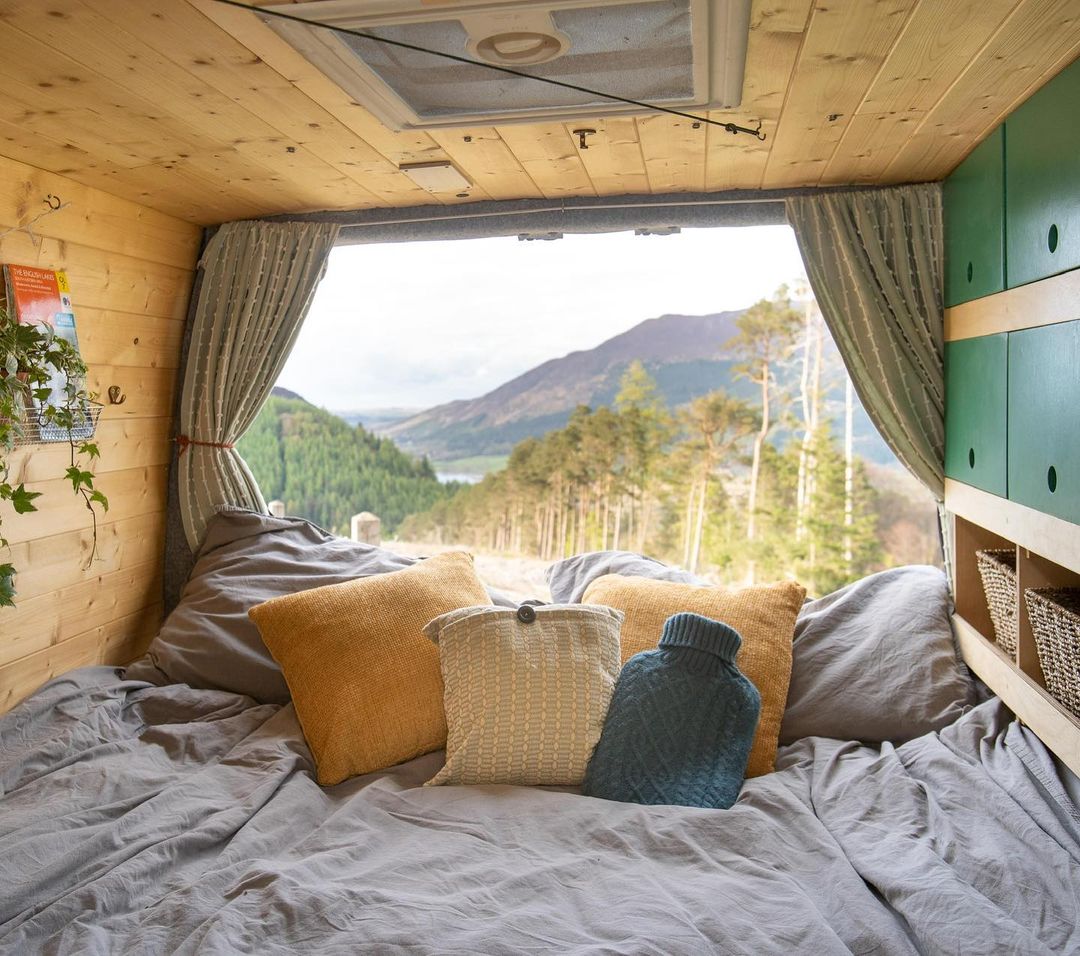 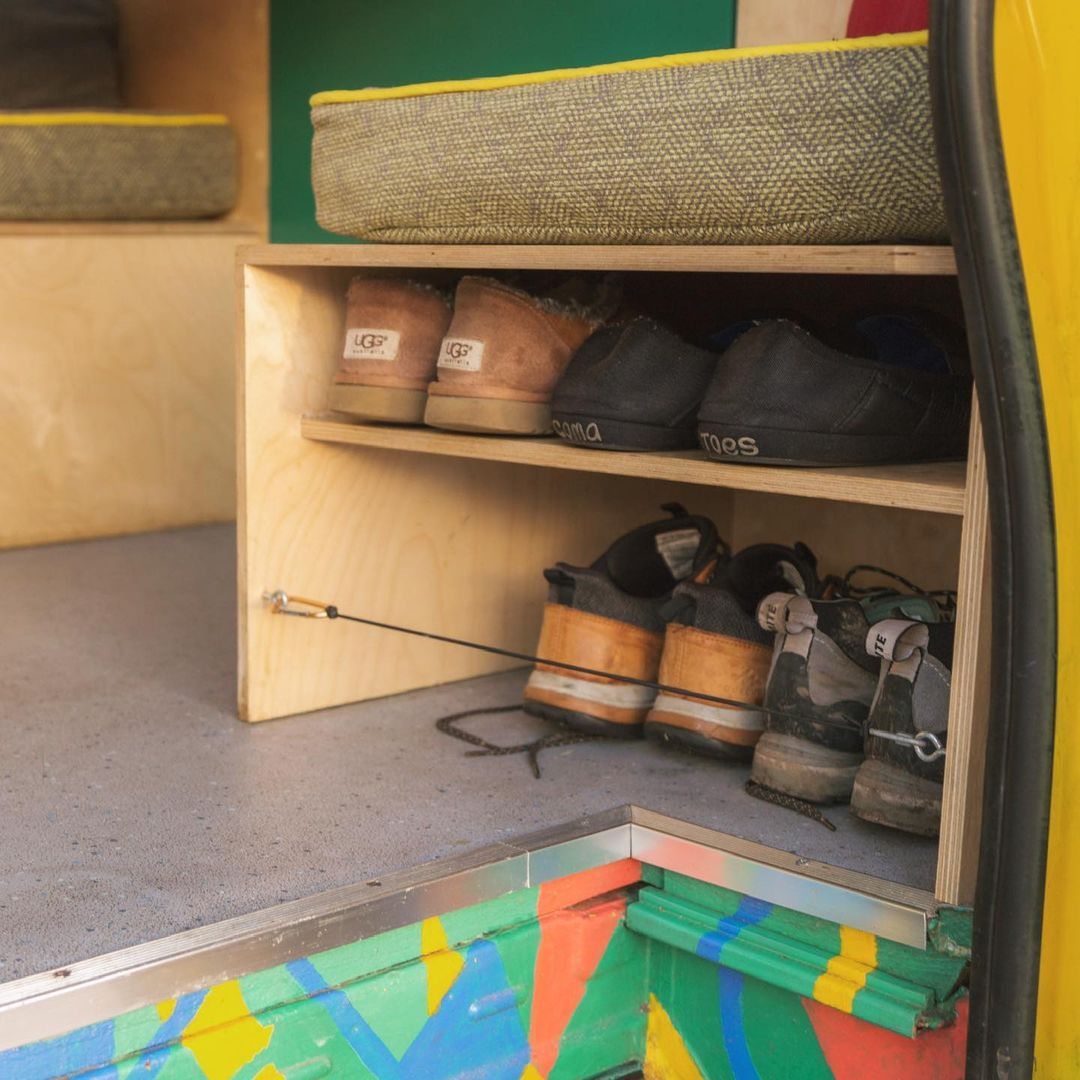 They ended up spending four months in Greece, before travelling to Italy and France.

However, having the campervan meant they didn't have to pay for any campsites for the entire nine months and spent just £3,000 while travelling – meaning they could still sell the van for a £7,000 profit if they wanted to, after the renovations and holiday.

Due to the success of the van, they have since launched their own van renovation company, Contour, which helps other DIYers do up their vans, while also selling flat-pack, bespoke furniture for them.

They explained: "We both really enjoyed working on our own van, we got way more out of it than we thought we would and we got lots of comments from people who liked what we did.

"We ended up coming up with the logos and the name for the business on a beach in Greece while travelling, as we wanted it to be affordable for people – some bespoke conversions can cost up to £20,000."

They have also started shipping some of the furniture to van owners, and hope to expand in the next few years.

They won't be going on another camping trip for a while though – as they have lent their own renovation to a friend, currently travelling around Switzerland.

They said: "Our next holiday will be a cycle tour rather than a van!" 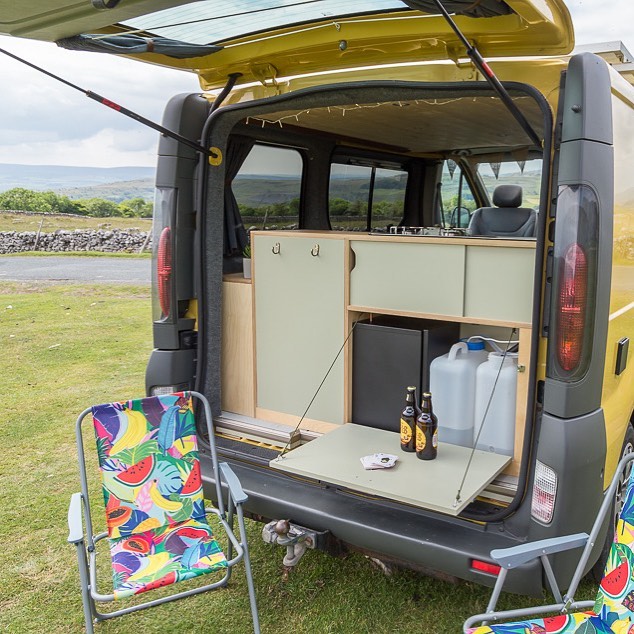 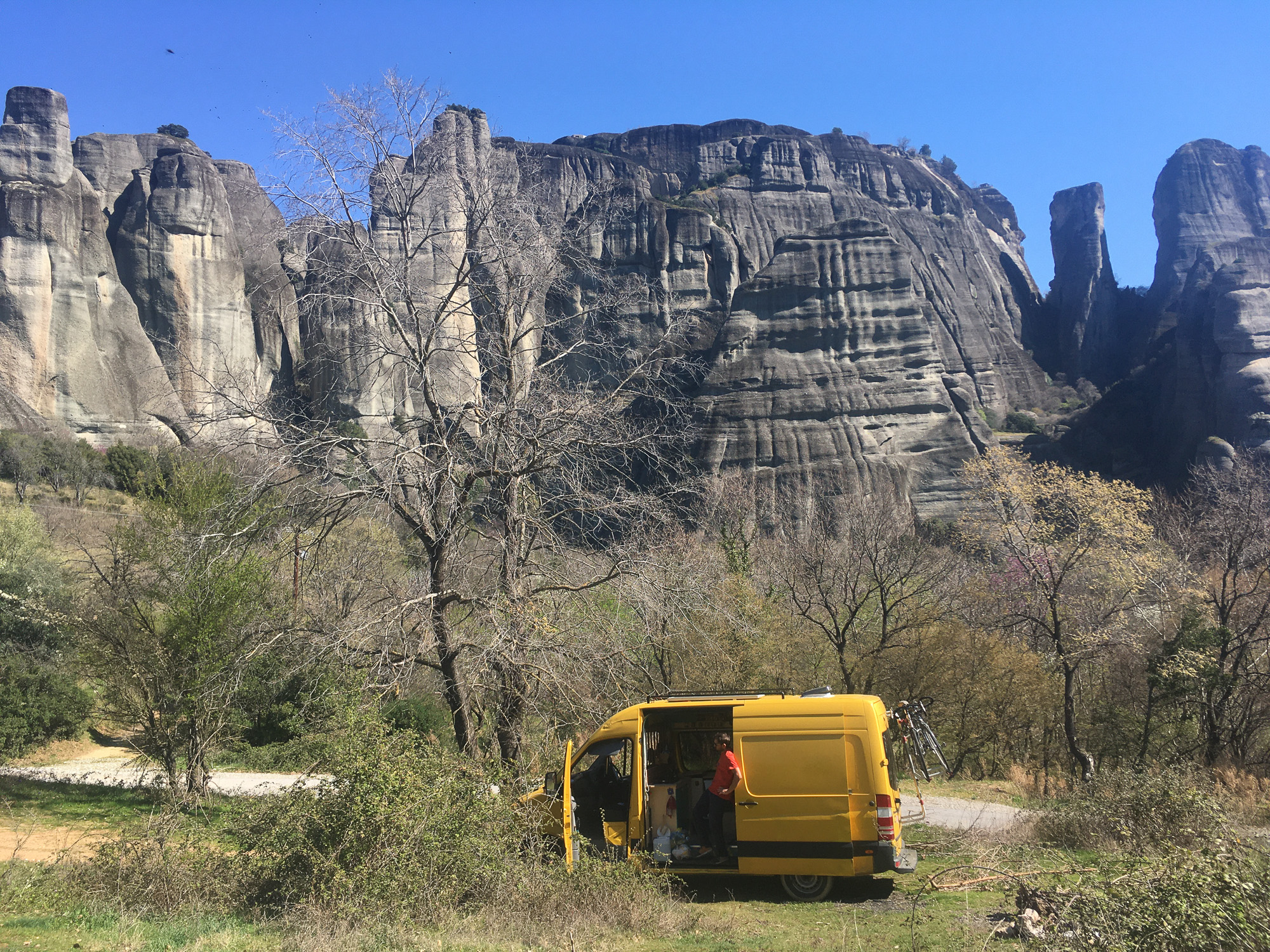