As she whispered commands in French, I was powerless to resist. Mainly because my arms and legs were encased in a layer of plastic. 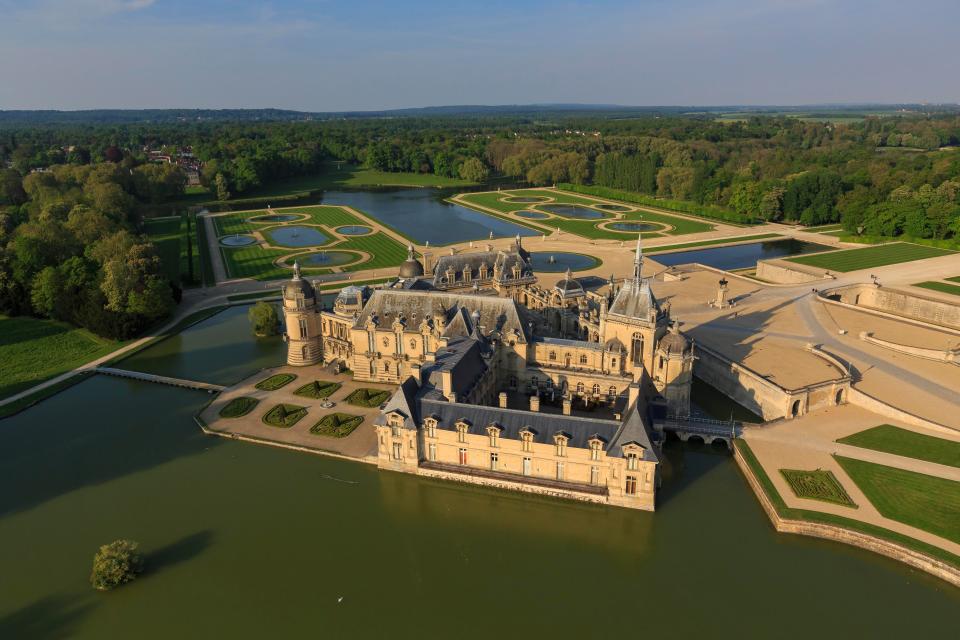 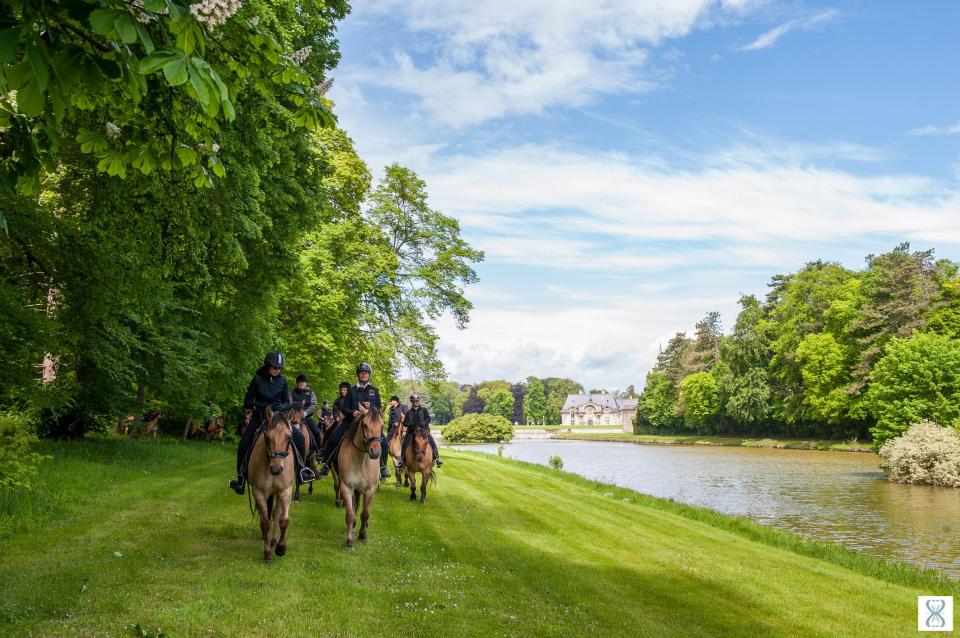 But before you get carried away, don’t worry. I was actually indulging in Thousand and One Chantilly — the signature spa treatment at France’s L’Auberge du Jeu de Paume.

The 90-minute package involves being smothered in moisturising Chantilly cream and massaged to within an inch of your life.

The 5* hotel’s £180 treatment will leave you feeling chilled. I spent 20 minutes staring at the Jacuzzi afterwards until my therapist brought out a degustation platter to bring me back to the land of the living.

Clean, green Chantilly — a 25-minute train ride from Paris — is a world away from city life. And at L’Auberge, you’ll be treated like a king or queen. 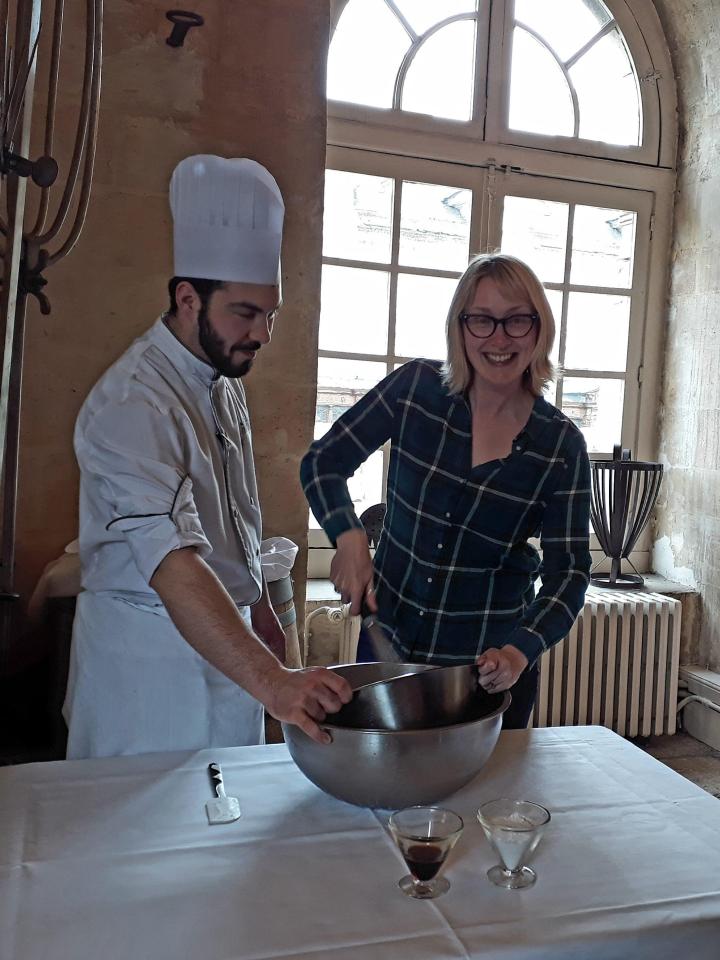 You’ve probably heard of the aforementioned cream but this historic town has another claim to fame — it’s the equestrian capital of France.

Alongside its world-renowned racecourse lies the Great Stables, a veritable palace for horses and the biggest in Europe. 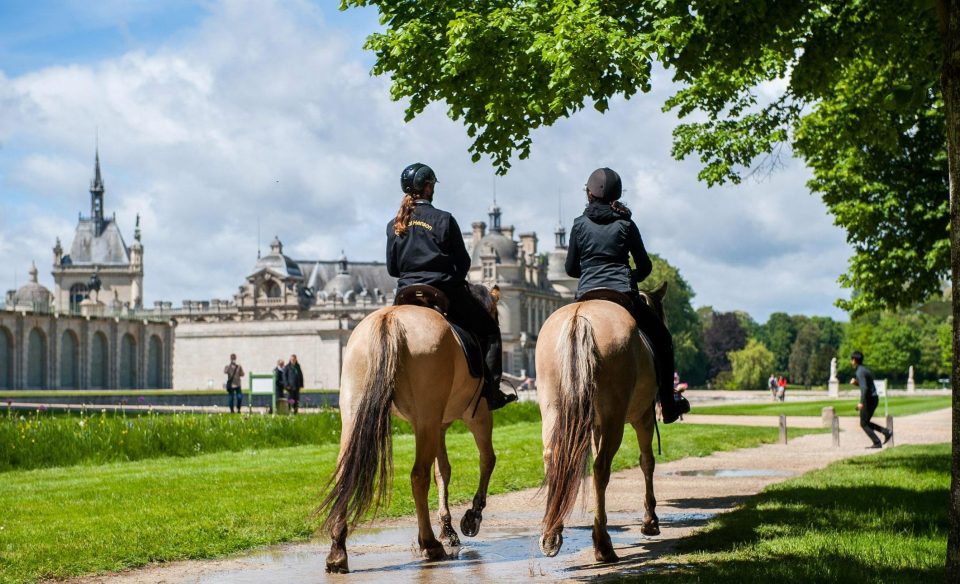 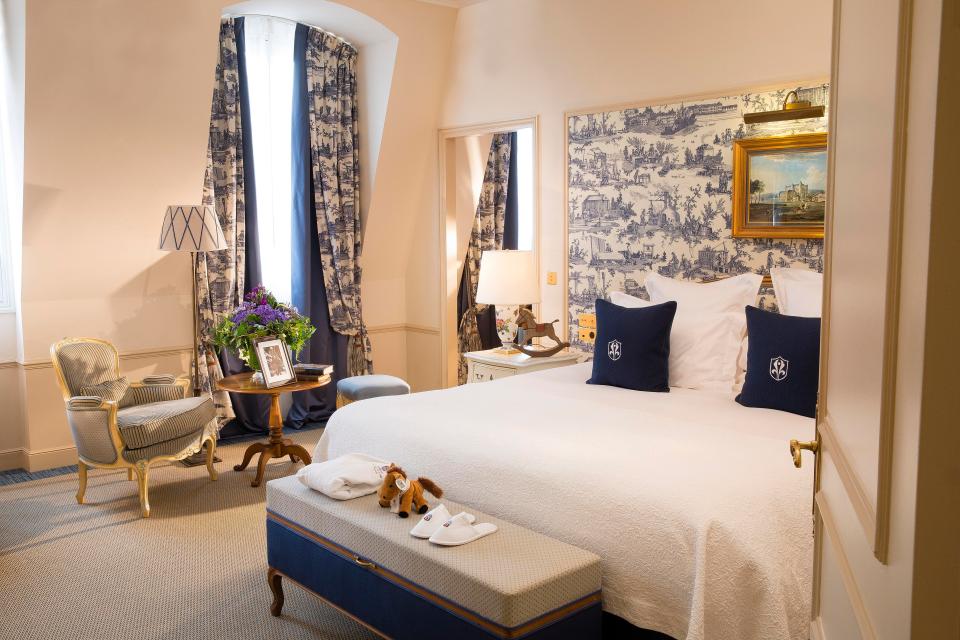 Inside is an interactive horse museum and, in the domed theatre, regular choreographed shows.

Across the road is the Chateau de Chantilly — an architectural gem packed full of paintings by the likes of Rembrandt and Raphael.

You can even have a go at making Chantilly cream at the chateau, which was once owned by Henri d’Orleans, the Duke of Aumale.

To get the right consistency, the cream has to be whipped non-stop for 15 minutes. You’ll leave a demonstration with arms like Popeye. 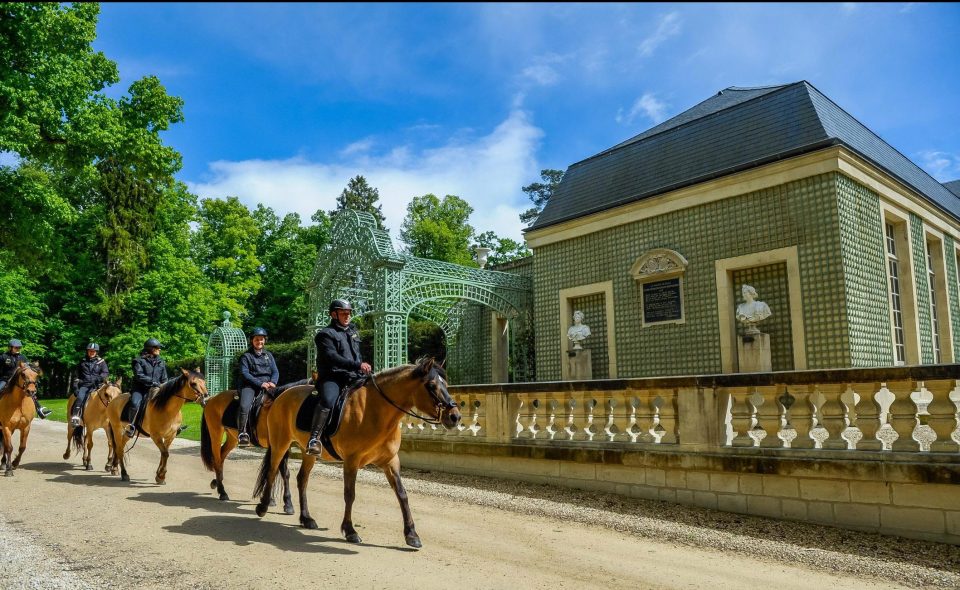 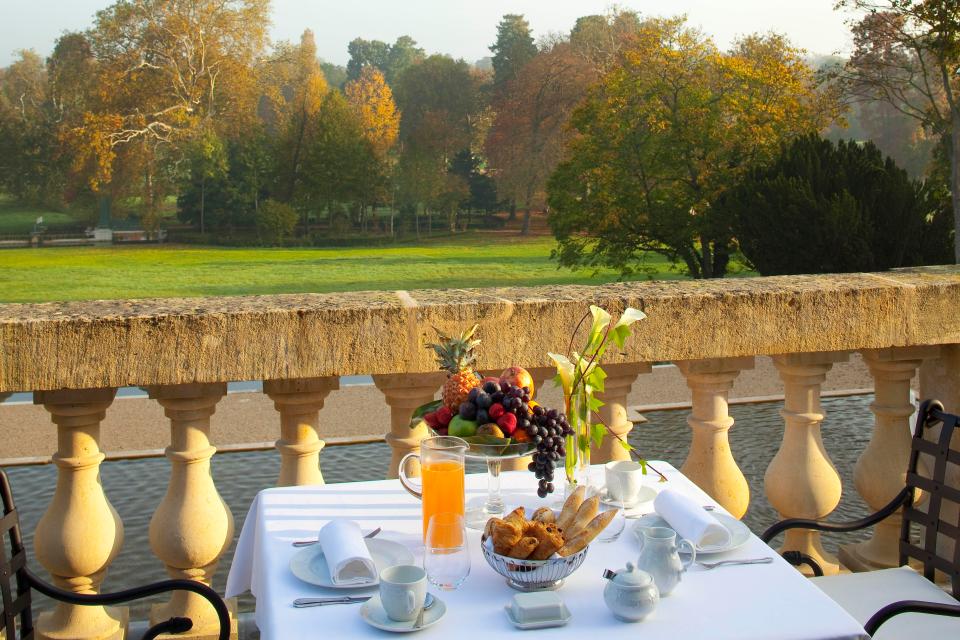 All visitors to Chantilly should saddle up at some point. I joined a three-hour tour of the chateau’s perfectly-manicured grounds on Henson horses — a relatively new breed with an easygoing temperament, making them ideal for beginners such as me.

I trotted alongside the Grand Canal, went past the Hippodrome and admired the Duke’s 115-hectare garden.

The star treatment continued back at L’Auberge du Jeu de Paume. I cosied up in a robe and slippers to enjoy views of the garden from my luxurious wood-panelled suite.

As well as two TVs and two loos, the spacious suite boasted a complimentary mini bar and the bed was so big, it could easily have slept a small family. The large bathroom had a separate tub and shower, posh toiletries from Parisian brand ­Hermes and a set of old-fashioned scales which I did my best to avoid.

GETTING THERE: Eurostar from London to Paris is from £29 one-way. See eurostar.com/uk. Paris Gare du Nord to Chantilly costs £7.50 one-way.

STAYING THERE: Rooms at L’Auberge du Jeu de Paume are from £284pp per night, including breakfast. See aubergedujeudepaumechantilly.fr.

A meal at La Table du Connetable, the hotel’s Michelin-starred restaurant, is fit for a celebrity. My companions — one French, one Belgian — put down their knives and forks and gaped open-mouthed when they spotted a European model-turned-actress on the table next to us.

I was in town for the first night of head chef Julien Lucas’s spring menu, which included foie gras, milk-fed veal and pigeon.

As a vegetarian, I often struggle to find good food in France but it was no problem at all for Julien.

He created dish-after-dish of exciting yet creative meat-free food, all of which was locally sourced — including the impressive cheeseboard.

With starters alone ranging from £45-£65, a meal here is not cheap but you probably won’t have come to Chantilly on a budget break.

It may cost a little more than your average weekend away but following in the footsteps of royalty is ­priceless.
Would I go back? At a gallop.