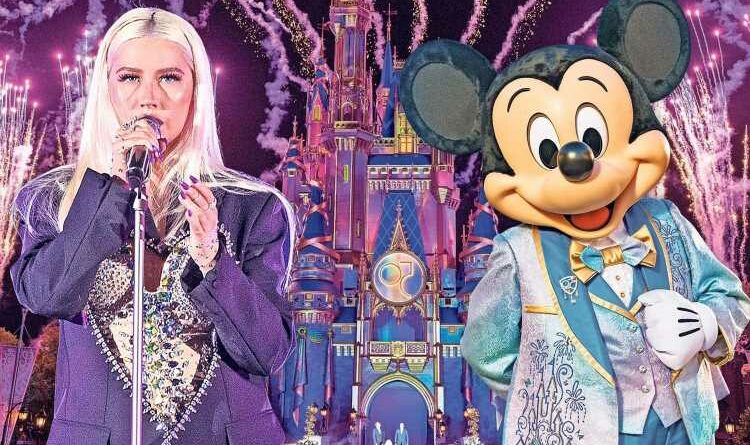 A few plates of cucumber sandwiches, a glass of sherry and maybe an attempt at the Hokey Cokey. 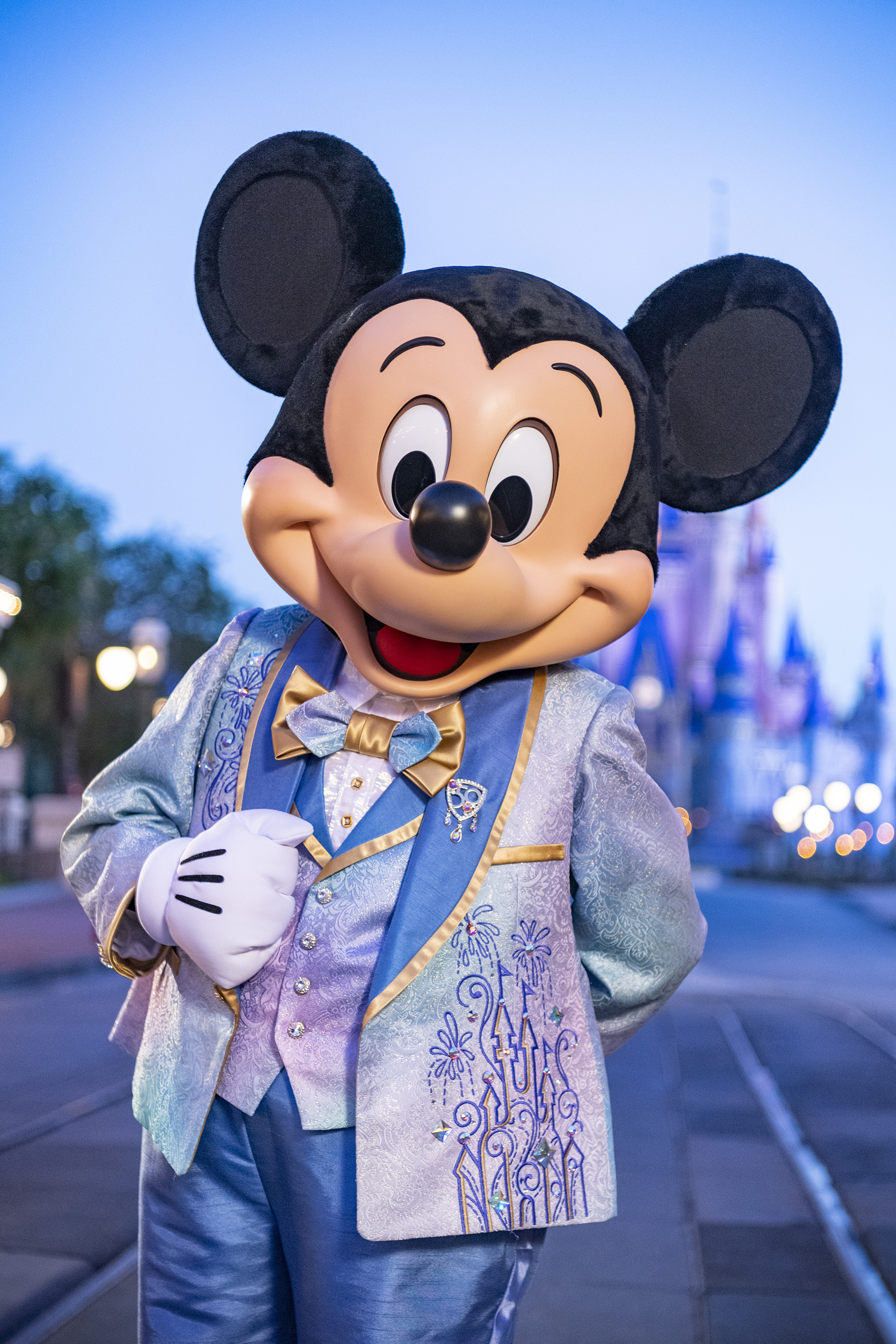 But with the celebrations set to run for 18 months, Mickey and co are front and centre of an entertainment extravaganza across all four theme parks that will see some awesome additions take the excitement factor to the next level, even for adults.

It all starts at the Magic Kingdom where, above the glittering turrets of Cinderella Castle, the spectacular Disney Enchantment firework display now takes place every night. And we were truly enchanted.

The mixture of artfully created fireworks, astounding film projections and special soundtrack left us in awe.

From classic films including Alice In Wonderland and Peter Pan to modern-day hits Soul and Luca, kaleidoscopic characters flashed across the castle and down Main Street USA in a cavalcade of animated radiance.

Over at Epcot, the giant “golf ball” of Spaceship Earth sparkled like a diamond thanks to intricate LED lights — one of four anniversary-touting Beacons Of Magic.

The France pavilion here is one of 11 showcases but it also boasts an immersive new section dedicated to 2007 movie Ratatouille, including an authentic creperie, Art Nouveau architecture and a rat-tastic ride.

Remy’s Ratatouille Adventure has been imported from Disneyland Paris — so it might be familiar to British guests. For those who haven’t braved the kitchen terrors of Gusteau’s restaurant, this 4D helter-skelter ride takes you on an amusing tour of Chef Skinner’s kitchen.

After our narrow squeak at the hands of the manic chef, we sampled some real cooking in the shape of delicious galettes and crepes.

Our favourite was the Savoyarde stuffed full of Bayonne ham, raclette cheese and onions. And dinner was out of this world, almost literally.

Space 220 is an astounding new restaurant taking guests on a simulated trip 220 miles straight up to dine with stunning views of Earth, spaceships and even astronauts duelling with lightsabers.

The true highlight, though, arrived with the nightly finale. Epcot has long showcased some of Disney’s best entertainment and the breathtaking new show Harmonious is in the grandest traditions of eye-popping, large-scale presentations.

The music of Brave by Grammy-winning violinist Mairead Nesbitt? Why not?! French pop singer Damien Sargue belting out Hunchback Of Notre Dame? Mais oui. The Lion King sung by the Ndlovu Youth Choir from Johannesburg? Riveting.

On the eastern side of the resort you’ll find Animal Kingdom, where we travelled to the fictional world of Pandora and flew on the back of a Banshee, a dragon-like creature from 2009 blockbuster Avatar.

The park’s signature Tree Of Life has been fitted with more twinkling lights to add a golden sheen to the occasion — another Beacon Of Magic — and the 50th-birthday vibe boasts the novel Kite Tails show, a daily treat featuring huge kites pulled by dashing jet-skis.

Finally we caught up with Disney’s Hollywood Studios, where we were reminded that the two latest attractions, Star Wars mind-boggler Rise Of The Resistance and cute family ride Mickey & Minnie’s Runaway Railway, had only just opened before last year’s pandemic closure.

British visitors will, at last, be able to ride along with engine driver Goofy as well as join the Resistance when the US travel ban is lifted next month. Orlando will welcome them back with star-spangled delight.

Looking to wash all the anniversary fun down with a tipple? Disney has debuted the Magic Beacon cocktail for the occasion. This concoction of gin, blue curacao, almond syrup and hibiscus grenadine is just one of many celebratory food and drink items at Aladdin’s Cave.

Golden anniversaries will never be the same again. 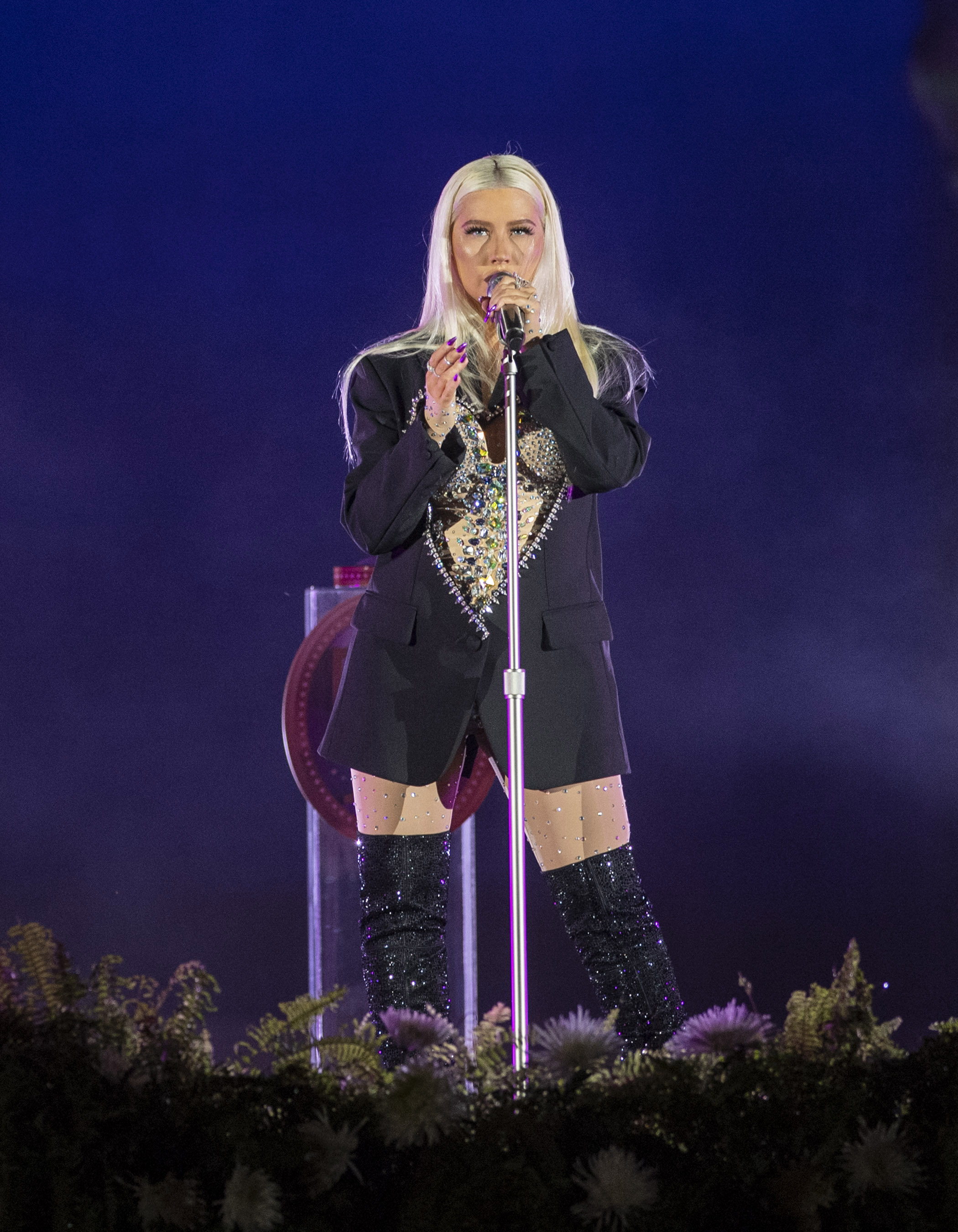 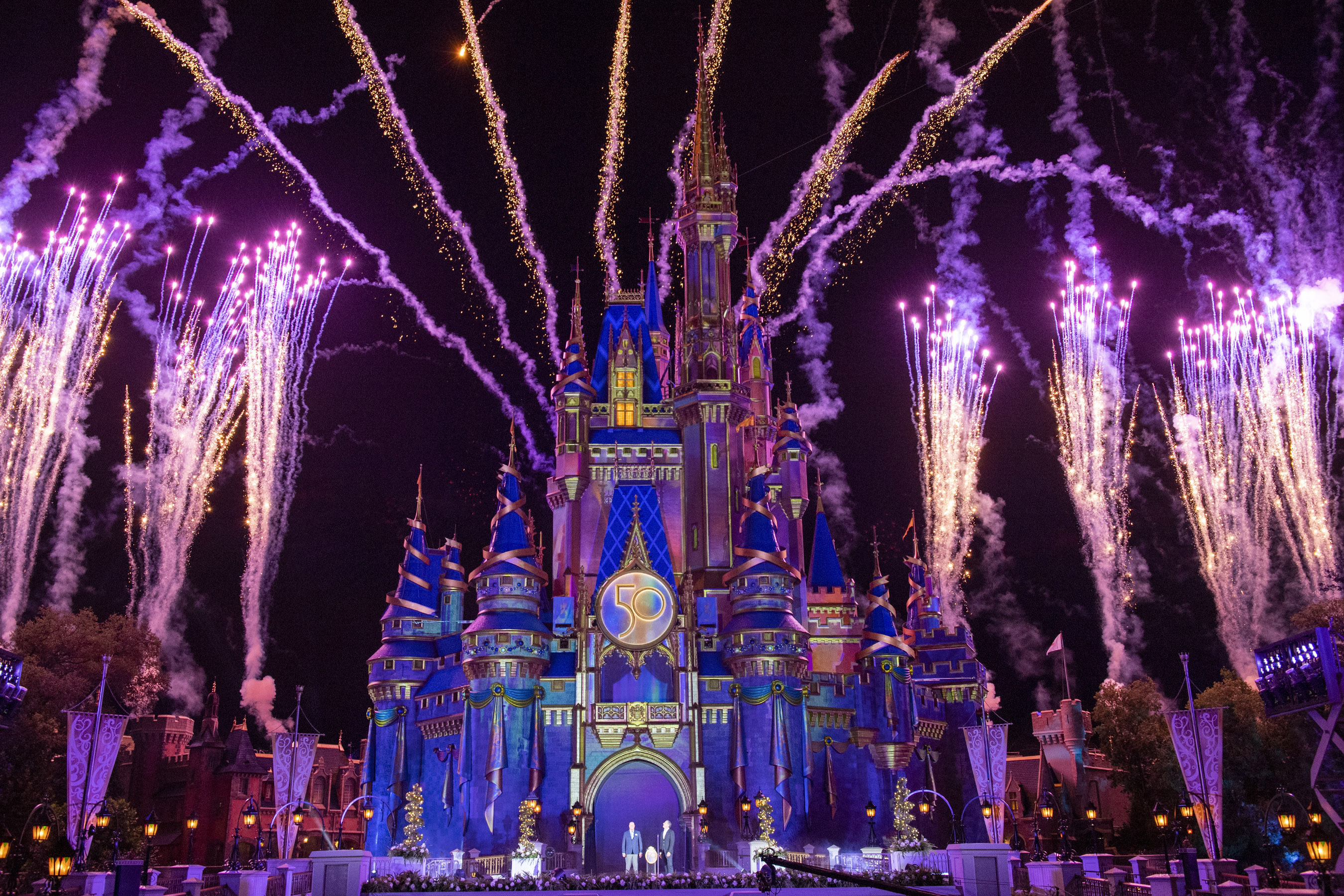